The Blackstones – Got What It Takes 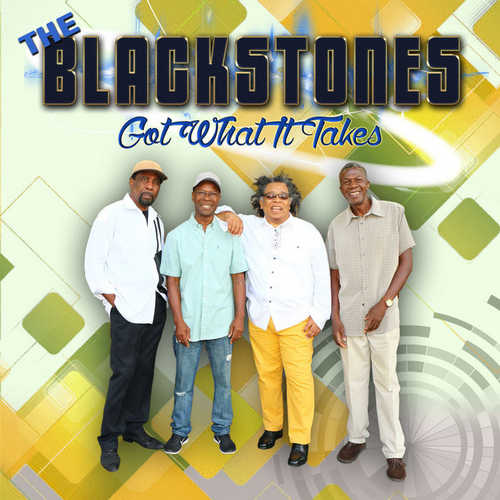 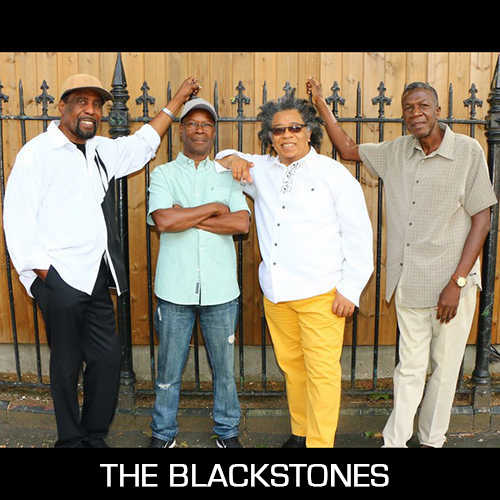 The Blackstones – Got What It Takes

After their 2017 released “Mellow Mood”, an album with 15 beautifully harmonized reworkings of classic reggae and soul tunes, The Blackstones continue their successful collaboration with Carl “Dillie” McLeod of Stingray Records in order to take their fans and reggae lovers on another entertaining and fully enjoyable trip down memory lane.

The UK’s finest harmony group The Blackstones, originally from the surrounding area of Hornsey, London N8, was formed by Leon Leiffer in 1974 and furthermore consisted of Byron Otis and Neville Henry. Shortly after the group released their debut single – a cover version of the Melodians’ “Little Nut Tree” – with Count Shelly, which was followed by “You’re Gonna Lose Me”, produced by Fatman, founder of Fatman Hi-fi. The group then went on to work with Daddy Kool and together they released a track entitled “We Nah Go Suffer” which topped the New Musical Express and Black Echoes reggae charts in 1974. Later it led to sessions with major producers like Phill Pratt, Lloyd Charmers, Lindel Lewis, Winston Curtis, Jah Larry, Tony Owens, and the legendary Clement “Sir Coxsone” Dodd. Actually The Blackstones were the last artists to work at Studio One with Mr. Dodd, who sadly passed away in May 2004. Nowadays Leon Leiffer, Tony Mahoney, and Junior Bailey, the three talented individuals who together create the beautiful sounds of The Blackstones, are joined by A.J. Franklin. This great singer began his musical career in 1969 as one third of The Federals, evolving into The Chosen Few the following year. By the end of the 1980s he embarked on a solo career with his first single “This Love” being a steady seller.

Today there’s very little interest in harmony groups as their music seemingly doesn’t appeal to the average young reggae fan. How different that was in the second half of the 1960s, when the change from ska to rocksteady took place. Jamaican groups like The Heptones, The Techniques, The Sensations, The Melodians, The Gaylads, The Uniques, The Paragons, The Three Tops, The Silvertones, The Versatiles, The Cables, The Kingstonians, The Jamaicans, and the Wailing Wailers to name some of the best known, recorded songs that are still loved and cherished by many fans of Jamaica’s popular music. Unfortunately this kind of vocal technique in reggae music has withered over the last few decades, but luckily it are The Blackstones who carry the legacy of the aformentioned groups into the present. And they truly do it with skill and perfection, singing like it are still the heydays of Jamaican harmony groups, and that’s a great compliment.

Things get started with a wonderful interpretation of Phil Phillips’ “Sea Of Love”, which in 1959 peaked at #1 on the U.S. Billboard R&B chart and #2 on the Billboard Hot 100. Most likely reggae fans will know this song from Jamaica’s number 1 harmony group The Heptones’ 1968 Studio One album “On Top”. Also very well re-voiced and great to hear is “Love Me Forever”, originally done by Carlton & His Shoes for Coxsone Dodd, which in 1968 was put out on the Supreme label in Jamaica. But then, after these two tunes, it’s their formidable version of Curtis Mayfield’s “Minstrel And Queen”/The Techniques’ “Queen Majesty” that once again makes clear how good The Blackstones really are. Besides that it’s great to hear that all the cover songs that have been chosen by this vocal group are done with style and grace. Other standout efforts are their versions of Alton Ellis’ “Can I Change My Mind”, The Heptones’ “Give Me The Right”, Pat Kelly’s “Talk About Love”, and the 1971 released “Thin Line Between Love And Hate” by R&B vocal group The Persuaders.

Next to the interpretations of classic songs, this collection also includes 5 original tunes underpinned by rocksteady riddims. Although it certainly ain’t that obvious, these songs perfectly fit the tracks that already have reached the status of a classic for a long time. A big achievement to say the least. Four of these tunes deal with affairs of the heart with “Promise Of Love” and “Losing You” being the ones that have the most appeal. The fifth original is “Lightning Bolt”, which comes across a relicked version of Delroy Wilson’s “Movie Star” riddim. It’s The Blackstones’ wonderful tribute to Jamaican former sprinter Usain Bolt.

LISTEN TO ALL TRACKS OF THE ALBUM

Conclusion Great songs, magnificent harmonies and mighty riddims make this album worth hearing over and over again!