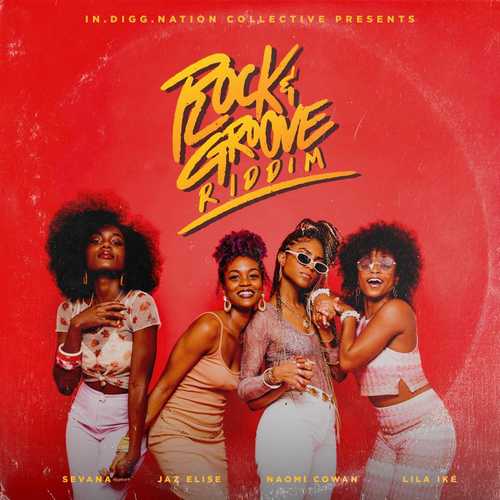 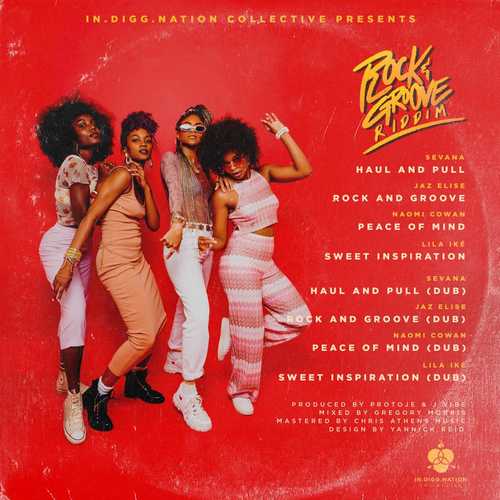 Any follower of what’s going on in modern day reggae, will agree that it’s a groundbreaking time for women in Jamaican music. The “Rock & Groove Riddim” compilation with its all-women line-up features four top rising and most in-demand female artists in the new wave of reggae music.

Born Anna-Sharé Blake in Jamaica’s westernmost parish, Westmoreland, Sevana coined her name after Savannah-La-Mar, the picturesque coastal town where she grew up. After appearing on Jamaican TV talent competition Digicel Rising Stars with her fledgling girl group SLR in 2008, it took six more years before the appearance of her solo debut single “Bit Too Shy”, produced by Protoje and Phillip “Winta” James. Along with her features on Protoje’s 2014 album “Ancient Future”, it quickly put her on the map as a talent to watch. Sevana has since released a self-titled solo EP and several singles with “Nobody Man” being her latest. Besides being a singer, she also is a model and actress. She played the starring role in the groundbreaking Jamaican web series called ‘Losing Patience’.

Jaz Elise, born Jasmine Taylor, was raised and molded in Kingston, Jamaica. Her involvement in music started as early as the age of 5 singing in the children’s choir at her church and then in Ardenne High School choirs. This was however not a surprise as she grew up with a family of musicians. Her father is a pianist and guitarist, while her mother and siblings are also very talented singers. Aside from singing, Jaz Elise has also heavily been involved in dancing as well as acting. She has co-starred in short films such as ‘Capture Land’ and ‘Proscenium’. Her style is a mixture of soulful melodies and deejay style. Her debut single “Forever Guide” on the “Love Vibration” riddim was followed by “For You” and “Fresh & Clean”.

Singer/songwriter Naomi Cowan is no stranger to the world of music and entertainment as she was raised under the mentorship of her parents; Tommy Cowan, OD (singer, songwriter, producer & former road manager for Bob Marley) and international reggae vocalist Dr. Carlene Davis-Cowan, OD. With a musical background in piano and acoustic guitar, she stands out as an artist with diversity. Her 2015 released debut single “Naked”, was followed by tunes such as “Things You Say You Love”, “You’re Gonna Lose”, and her hit single “Paradise Plum”, which topped several reggae charts in and outside Jamaica. In 2019, Naomi Cowan was recognized as the Breakthrough Reggae Artist of 2018 at the annual Jamaica Reggae Industry Awards.

Lila Iké, real name Alecia Tameka Grey, was born and raised in the meager settlement of Christiana in the cool hills of the parish of Manchester. There she attended the Manchester High School where her love for music truly started to form. Affectionately labeled the ‘class clown’, she was usually in the position where she would be asked to create jingles on spot for class presentations or just be caught in class ‘freestyling’ with her friends. After graduating high school and committing two years to the Northern Caribbean University in Mandeville, she moved to Kingston in 2015. Shortly after relocating and sleeping couch-to-couch, she was introduced to Protoje. After their initial meeting, Protoje eventually arranged a session, which actually was the beginning of Lila Iké’s singing and recording career. Since she has treated her growing fanbase to a few singles; “Biggest Fan”, “Gotti Gotti”, “Second Chance”, and the hit song “Where I’m Coming From”, in which she returns to her rural roots.

Altough one might think this is a relicked riddim of the Bunny Wailer song, it’s actually the enduring foundation dancehall riddim from Michael Prophet’s 1980 scorcher “Gunman” that was a partial inspiration for this “Rock & Groove” riddim from In.Digg.Nation Collective. This project, produced by GRAMMY-nominated Jamaican artist Protoje and Jason “J Vibe” Farmer is rooted in a half-century tradition of Jamaican riddim compilations that feature a variety of voices bringing their own flavor to the same backdrop. Each track across this stellar ‘rub a dub’ riddim has its own merit and explores diverse, universal themes: communication in relationships by sweet, sultry and soulful songstress Sevana; self-love and confidence by young budding artist Jaz Elise; unconditional love by the vibrant Naomi Cowan; and finding motivation in one’s muse by the energetic sounding Lila Iké. The four downright bone-chilling dub counterparts, with vocals going in and out of the mix, are the icing on the cake.

Conclusion The "Rock & Groove Riddim" with its all-female lineup and dub versions is a refreshing modern day reggae project!