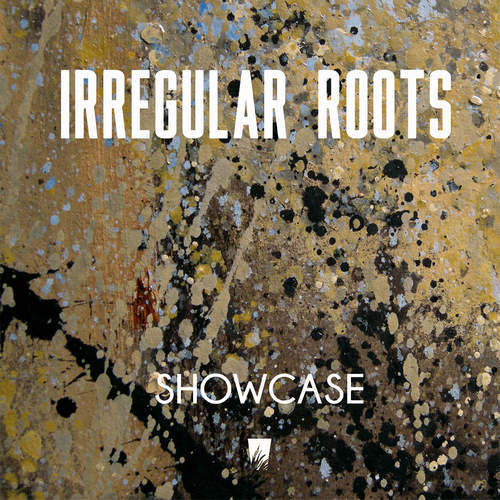 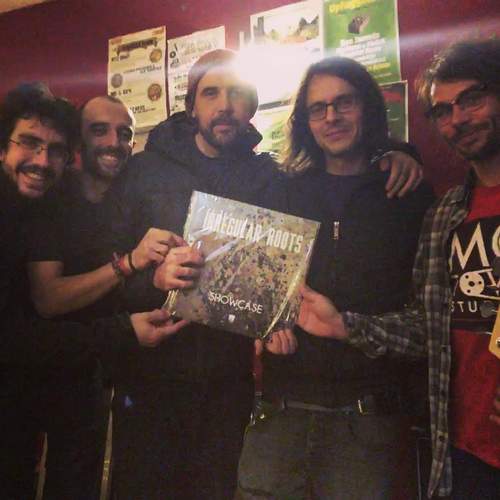 Irregular Roots, the solid roots reggae and dub band from the city of Zaragoza (Spain), released their self-titled 10-track debut album in June 2016. In November 2019 they put out their very first 7″ vinyl single, “No Way”, which was taken from their new full length sophomore album entitled “Showcase”. As well as their first single release, the album has been recorded, mixed and produced by Roberto Sánchez at his A-Lone Ark Muzik Studio in Santander. The six piece band is deeply influenced by the rootical sounds of the 1970s, which at the time was the dominant reggae style in Jamaica and the UK. The band’s lead vocalist, Carlos Carnicer aka Charly, has a modern Roots Reggae voice that perfectly fits the kind of riddims he has to ride.

For the band collaborating with Spain’s foremost reggae producer Roberto Sánchez was a fully natural and justified move when it comes to creating music for a new album. Over the years this respected musician, engineer & producer has shown that he’s more than capable of producing reggae music that harks back to the acclaimed values of the golden eras in Jamaica’s popular music. Albums such as Earl Zero’s “And God Said To Man”, Milton Henry’s “Branches And Leaves”, Clive Matthews'”Jah Live”, Earl Sixteen’s “Natty Farming”, Alpheus’ “From Creation”, Benjammin’s “Sons & Daughters”, and Ras Teo’s “Ten Thousand Lions” are all rock-solid efforts and a must-have for all reggae lovers. With Irregular Roots’ “Showcase” set, Roberto Sánchez adds another well produced and totally satisfying effort to his ever growing list of notable production works that emerge from his A-Lone Ark Muzik Studio.

The Irregular Roots’ 12-track album is a classic roots reggae album inna Showcase style, i.e. six vocal cuts followed by their dub counterparts. Lyrically the band’s vocal efforts are committed and full of consciousness, while each and every riddim is a solid and pumping affair, a real treat for the ears. There’s definitely a great amount of ‘quality-control’ exercised here, and thus you won’t come across a weak or even a mediocre track. The album opens with “No Way”, a serious roots piece with a powerful message that already attracted attention when released as a single. This royal sounding song is very emblematic of what is to come. Next is “Walking Man”, a cool and just maturely vibed track which is an absolutely sterling piece. It’s followed by somewhat of a differently vibed effort and arguably an even stronger track actually, “Remember”. Not only is “Got To Be Wise” a very powerful song, vocally it also has an unexpected twist and turn, making this tune even more interesting to listen to. Then there’s “Crisis”, which jumps right out at the listener and when it hits it really gets going. Last vocal track, the social commentary “Degrow”, is very strong and has something unique about it as well. The dubbed out versions are expertly done and is yet another wonderful side to this noteworthy album.

Do keep an eye and an ear out for Irregular Roots’ future works because this group has the potential to making more powerful music!​

Conclusion All in all an album that simply needs to garner serious attention.