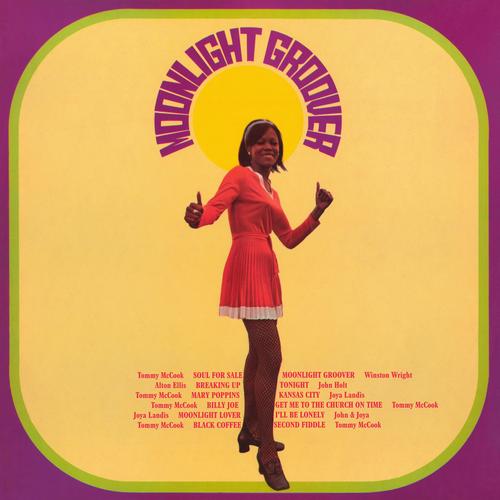 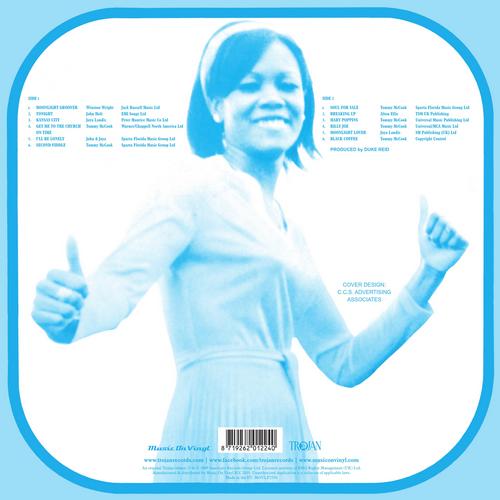 Arthur ‘Duke’ Reid was the owner The Treasure Isle Grocery and Liquor Store on Bond Street. Above the store, he had a small studio. His outlet from the period 1966 to 1968 was reggae at its absolute peak. With production values on a par with those at Motown, Duke Reid was responsible for many of Jamaica’s classic hits. Duke was a colorful character with its bandolero and always carrying a pair of pistols.

After the summer of 1996 the energetic, uptempo ska music changed to the slower beat of rocksteady. The phrase “If you’re ready, come do rocksteady” became the slogan of the years 1966-68. Young Jamaica, blessed with golden voices and inspired by American soul groups like The Impressions, The Drifters, The Platters and the Moonglows and sophisticated crooners like Sam Cooke, Otis Redding, and Solomon Burke – sung their tunes like heavenly angels.

They were backed by the swinging riddims of Tommy McCook and his Supersonics. Tommy McCook as lead musician and arranger at Treasure Isle played a pivotal role in the development of the label’s sound. In those years no one could compete with Duke Reid’s Treasure Isle, even Jamaica’s other top label Studio One. Rocksteady lasted only for a short period and was replaced by ‘reggay’ or ‘reggae’. The rest is history….

The 1969 album Moonlight Groover was a UK only release on Trojan Records and became a best seller! The label initially was a subsidiary providing a platform for ska and rocksteady producer Duke Reid’s material. More than 50 years later it’s available once more, courtesy of Music On Vinyl. The Dutch vinyl only (high-quality 180g LP’s and 7inch pressings) reissue label has already earned respect in the reggae scene with superb vinyl reissues of classic albums. Check out Desmond Dekker’s 1967 album 007 (Shanty Town), Ini Kamoze’s debut LP, Aswad’s Live & Direct, The Heptones’ Nightfood , Pablo Moses with A Song, Lots Of Love and I by Bob Andy, The Upsetters’ Scratch The Upsetter Again and U Roy with Version Galore.

As mentioned before, Tommy McCook being the musical director, shaped the unmistakable sound Duke’s releases. Half of the tunes here are Tommy McCook/Supersonic instrumentals and there also a swinging organ instrumental by Winston Wright, Moonlight Groover, the instrumental cut of Moonlight Lover. Then there’s the calypso influenced cover version of Get Me To The Church On Time from the movie My Fair Lady, later also covered by the one and only Yellowman as I’m Getting Married In The Morning. Tommy McCook’s hilarious tune called Second Fiddle is a swinging rocksteady version of Popeye the Sailorman!

Credited here to Tommy McCook, but it was Danny Simpson (aka Simmo) with The Supersonics who delivered Mary Poppins, which happened to be a very free interpretation of the Overture from the 1964 movie Mary Poppins. Soul For Sale is a delightful instrumental organ cut of Sammy Dead from Eric ‘Monty’ Morris, by Winston Wright on organ, backed by The Supersonics! Billy Joe is a laid back instrumental based on Bobby Gentry’s 1968 hit song ode To Billy Joe. Album closer Black Coffeee by Tommy McCook is an organ driven early reggae stomper from 1969. Funky grooves!

US based Joya Landis (born Wanda Jeanne Vann) was invited by Duke Reid to record some tunes for him. The result was the hit single Moonlight Lover and the song also included here Kansas City. It’s an upbeat version of Wilbert Harrison’s 1959 rhythm and blues hit. Alton Ellis, sweet voiced giant of Jamaican music, put the Treasure Isle label on the map with his buoyant, soaring vocals dancing along the grooves of the label’s greatest hits. Included on this LP is the awsome lovers’ tune Breaking Up.

John Holt quit The Paragons at the end of the 1960s, having enjoyed phenomenal chart action with a string of singles. He kept working with Duke Reid on an occasional basis. This set includes the Treasure Isle do-over of his 1967 Studio One hit Tonight. With Joya Landis he recorded I’ll Be Lonely. 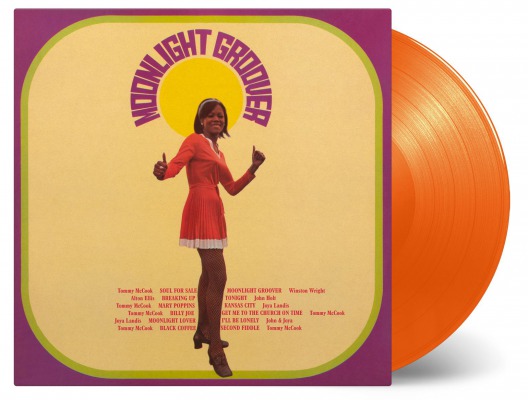