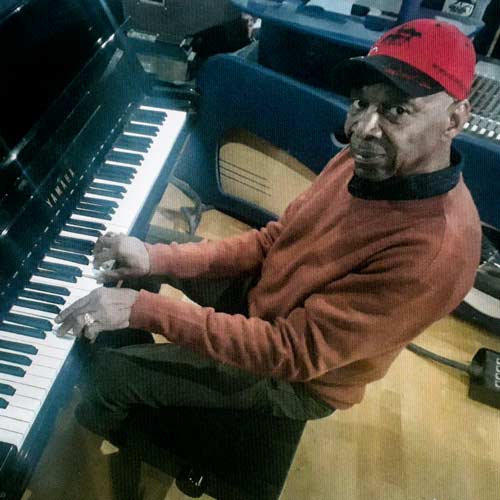 Foundation singer Owen Gray, also known as Owen Grey, is credited as Jamaica’s first home-grown singing star as he was the first singer on the island to sing in a style that wasn’t mento, calypso or jazz. His work spans the R&B, ska, rocksteady, and reggae eras of Jamaican music, but although he had a notable amount of hits under his belt and a lot of his recordings were of astonishing quality, the man was never highly regarded and didn’t receive the recognition he truly deserved. Perhaps the reason for this might have been his choice of material and direction that hasn’t always felt sincere.

Born in Jamaica on July 5th 1939, Owen Gray grew up in Trench Town, Kingston JA. He won his first talent contest at the age of nine, and was appearing in public, playing drums, guitar, and keyboards by the age of twelve. He attended the Alpha Boys School and started recording in 1957, making his first single “Who Saw The Lightning” for Smith’s Hi-Lite Records. Then, in 1959, Owen Gray was the first singer to praise a sound system on record with the tune “On the Beach”, celebrating Clement Dodd’s Sir Coxsone Downbeat system – one of the first releases on Dodd’s Studio One label. More tunes for Coxsone Dodd followed including “Hully Gully”, “Sinners Gonna Weep And Mourn”, and “Pretty Girl”, before he recorded his first single for Chris Blackwell in 1960 – “Please Let Me Go” on an easy shuffle riddim with a guitar solo from Australian musician Dennis Sindrey who was a member of The Caribs, a studio band that played on many early Owen Gray recordings. The single (with “Far Love” on the flipside) became a number one hit in Jamaica.

The single also sold well in the UK, as did subsequent releases, prompting the artist to emigrate there in 1962. His popularity continued throughout the 1960s, working with producers such as Clement Dodd, Prince Buster, Duke Reid, Leslie Kong, and Clancy Eccles, including work as a duo with Millie Small, with songs ranging from ska to ballads. By 1966 he was well known as a soul singer (Owen Gray’s great version of Ray Sharpe’s 1966 original “Help Me” is one of the steamiest soul dances ever recorded in the UK) as well as for his ska songs. He continued to record regularly, having a big seller in 1968 with “Cupid”. His 1970 track “Apollo 12” found favour with the early skinheads, and in 1972 he returned to Island Records, recording reggae versions of The Rolling Stones’ “Tumblin’ Dice” and John Lennon’s “Jealous Guy”, although they met with little success. During this period he regularly had releases on Pama and its sister label, Camel Records. He had greater success in Jamaica, however, with “Hail The Man”, a tribute to Emperor Haile Selassie, which was popular with the increasing Rastafari following. In the mid ’70s Owen Gray arguably had his strongest period of songwriting and recordings, but towards the end of this decade he was no longer in the forefront of British black music. Since then Owen Gray has mainly focused on singing ballads as well as gospel material.

Now being 80 years of age, it’s admirable that the veteran singer is still active in the recording studio and on stage. As anyone can guess, his voice – light but with a cutting edge – isn’t what it used to be, but it’s still good to hear him revisit some of his classic songs as well as coming up with other efforts. Produced by Delroy Williams, the album was recorded at Rollover Studio in London and Gordon Mulrain’s Studio in Suffolk from April to June 2019. Probably the most interesting tracks are the do-overs of 4 tunes from the 1970s and 3 others from an earlier period, all written by Owen Gray himself. Message tunes like “Ballistic Affair” (best known as the stone cold classic rockers from Leroy Smart) and “Fussing & Fighting”, and also the love songs “Confidential To You” and “Let’s Start All Over” show why the singer was at the peak of his career in the mid ’70s. With “Running Around”, “Darling Patricia” and “Apollo 12”, ranging from shuffle beat to early reggae, the listener is taken back to the ’60s. And then there’s a whole heap of cover versions with in particular The Beatles and Bob Marley being well presented. However it are renditions of Billy Nicolls’ “I Can’t Stop Loving You” and Brenton Wood’s exciting soul tune “Gimme A Little Sign Girl” that really do the trick.

Conclusion Although it's a mixed bag, this a nice album for the mature reggae fan.