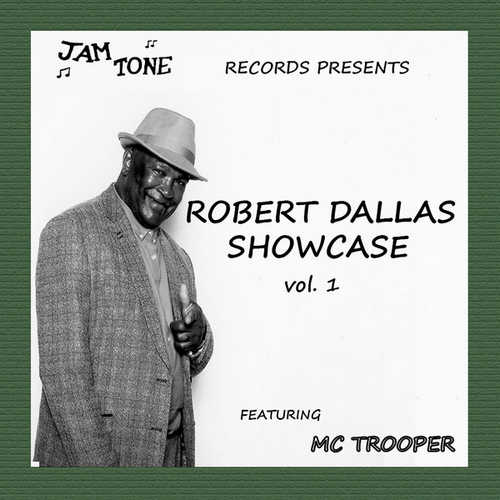 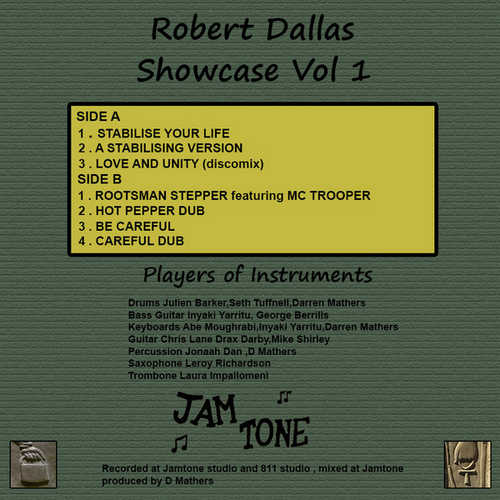 Hailing from the parish of Clarendon Jamaica, Robert Dallas – formerly known as Yabba Youth, thus called by his friends because he was always boasting that he had enough lyrics to full a ‘yabba’ (a large cooking pot) – started singing in 1974 at an early age. Just like so many other aspiring Jamaican youngsters he started visiting the big Kingston-based studios in the ’80s, trying to get some recognition of his talent. He recorded his first single, “Idle Jackass” for the Big 7 label, and then continued with “Life Inna Jail” for the Jammy’s label, “True loving” and “Youth Tradition” for the Humble Lion label, and “Trod Along” for the Sweet Jah label. He was then brought to the attention of veteran producer Sean “Amazon” Woodhouse, with whom he developed his music career further. Under the watchful guidance of this producer he recorded songs such as “War And Crime”, “Let Jah Be Praised”, “Baby I Love You”, and a number of unreleased songs. In 2005 he recorded one of his most successful singles, “Sweet And Nicest Girl”.

The talent of this reggae artist was then also recognized by musician/producer Darren Mathers from London. They started working well together and 2012 saw the release of the 7″ vinyl single “Tradition Man” on the producers’ Jamtone Records. Another tune from their collaboration followed, namely “Man A Warrior”, which came out in 2013 on 12″ vinyl together with Sun I Tafari’s “Rastaman In Control”. They then put out the artist’s first full length album “Tradition Man” (2015), and continued their fruitful collaboration which led to their next project, being “Showcase Vol. 1”.

Just like the veteran singer’s previous album, this is a collection of roots tunes that mainly has an old-skool feel and vibe to it. It’s an approach that fits Robert Dallas’ vocal style perfectly well as can be experienced throughout the entire album. Side One kicks off in real fine style with the great uplifting message tune “Stabilise Your Life”. This song, one about remaining a positive and upful existence despite the presence of bad times and struggles in life, is followed by a wicked dub version with compelling and boundless vibes. Sometimes Robert Dallas’ vocal style can be reminiscent of Michael Prophet as the listener will witness while listening to “Love And Unity”. This beautiful song, expressing the urgent need for more love and unity in the community, incorporates wicked horn parts which give this piece a wonderful touch. On the first track of Side Two, Robert Dallas is joined by London-based MC Trooper, who mostly holds the mic on Roots Soundsystems and of whom various tunes appeared on vinyl singles. The guest artist with the raspy voice adds a nice deejay flavour to the solid “Rootsman Stepper”. “Be Careful”, another excellent uplifting message tune on this set, and its gorgeous dubbed out version round off “Showcase Vol. 1” in a very satisfying way.