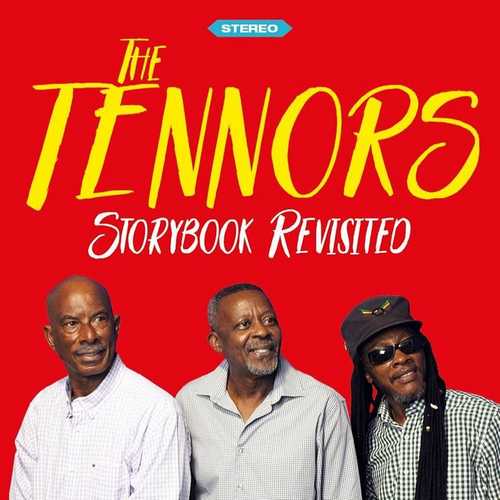 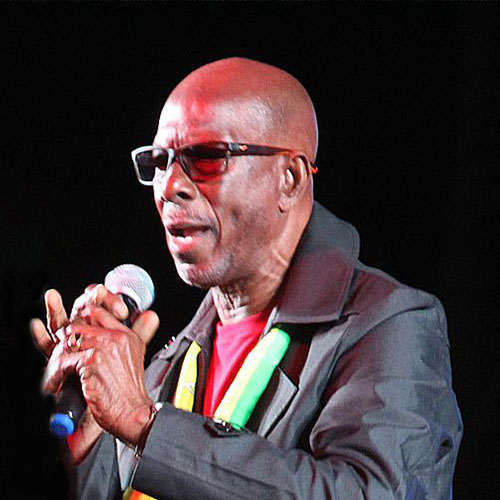 The Tennors emerged in a time that the starring role was moving from the musicians – such as Roland Alphonso, Tommy McCook and Jackie Mittoo – to the new wave of vocalists and harmony groups like The Gaylads, The Silvertones, The Melodians, The Wailers and, of course, the aforementioned Tennors. In the aftermath of Ska the horns tended to stay in the background, while the slower pace of the riddims allowed the vocals to gain a fresh prominence.

In the midst of the memorable Ska era, The Tennors’ founder Albert George Murphy aka Clive Tennors formed a vocal duo with Alvin (‘Cheng Cheng’) named The Tennor Twins. They performed at numerous Ska venues and recorded their first songs for Duke Reid’s Treasure Isle label with The Skatalites as session musicians. In 1965 Alvin left the group and Clive Tennors teamed up with the the late Maurice ‘Prof’ Johnson. The duo, still named The Tennor Twins, were doing gigs, but didn’t record yet. That changed when one day Clive gave Jackie Mittoo a lift in his car and was invited by the keyboardist, songwriter and musical director to come to the studio to record a song. Norman Davis joined Clive and ‘Prof’ in the studio, which made Clive decide to rename the group The Tennors as they were now a trio. So it was at the legendary Studio One, owned by Coxsone Dodd, that The Tennors’ first recordings were done and released on the Downbeat label. When they made their recording debut in 1967 Rocksteady was in full bloom. They immediately scored a big local hit with their debut single “Pressure And Slide”. That same year they recorded two more hit songs, but then tragically ‘Prof’ Johnson crashed and died.

Clive Tennors was determined to continue The Tennors as a trio and invited Nehemiah Reid to join the group. The next hits they recorded were “Ride Your Donkey” and “Cleopatra”. After the departure of Norman Davis and Nehemiah Reid, Ronnie Davis – as lead singer – and Milton Wilson were brought into the group. During the early Reggae period the recorded smash hits as “The World Is A Stage”, “Another Scorcher”, “Massie Massa” and “Weather Report”. Although a number of singers passed through The Tennors, none had a greater impact than Ronnie Davis. Later on he left the group to start a successful solo career, before he joined the Itals and fronted his own group Ronnie Davis & The Idren.

In 2012, after a near 35 year hiatus, The Tennors, now consisting of Clive Tennors, Ronnie Davis and Henry “Sadiki” Buckley Jr, reunited and started to record and perform again. After Ronnie Davis’ passing away in early 2017, the current incarnation of The Tennors is formed by founding member Clive Tennors, Howard Spencer and Hal Anthony (a former member of The Fantels and The Beltones). Reggae fans who saw The Tennors perform at the summer festivals of 2019, have experienced that this line-up of The Tennors is also able to bring Ska and Rocksteady classics in real fine style. And now that can also be witnessed while listening to their latest album, aptly tited “Storybook Revisited”, given that many songs included here also form the spine of the group’s live set. Furthermore it’s an album that reflects the secret of the longevity of this underrated, however, extremely significant vocal group in the history of Jamaica’s popular music.

Produced by UK-based Delroy Williams (manager and friend of the late Desmond Dekker), “Storybook Revisited” features do-overs of early material recorded by The Tennors, a Ska medley, plus cover versions of John Holt’s “Stranger In Love” and Alton Ellis’ “Why Birds Follow Spring”, recorded in Ipswich and London in August/September 2018. From “Cleopatra” to “(So Very) Hard To Believe” the listener is taken on a wonderful trip down memory lane. Great classic songs are always a pleasure to listen to, even when they’re (expertly) re-recorded several decades later. And thus it’s a really good thing that tunes such as “Another Scorcher” (originally done with Jackie Bernard of The Kingstonians, and recently used in a television commercial by giant beer company Heineken), the stunner “Give Me Bread”, “Pressure & Slide”, “Reggae Girl”, “Ride Your Donkey”, “Weather Report”, “Biff Baff” (aka “Traitor”), “Good News” and the roots piece “Run Come” still caress the eardrums.

Conclusion It's a pleasure to listen to great classic songs, even when they're re-recorded!