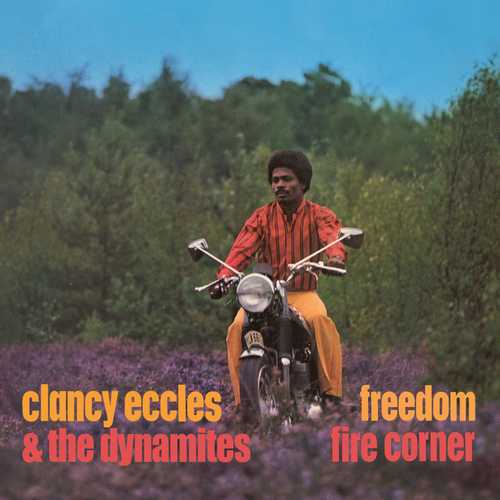 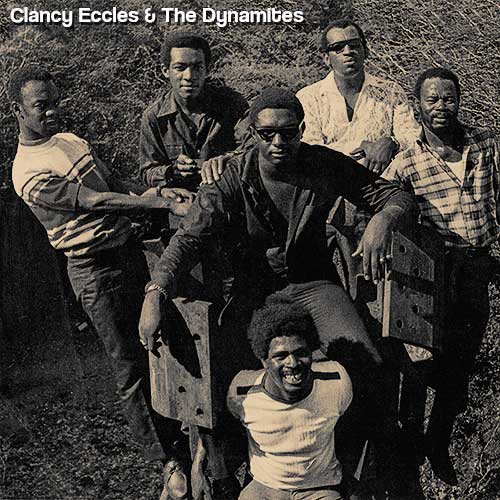 Clancy Eccles is a lesser-known figure to reggae fans. Born 1940, Dean Pen, St. Mary, Jamaica, he spent his childhood in the countryside of the parish of Saint Mary. In his late teens, he moved to Ocho Rios, where he performed at night in various shows, with artists such as The Blues Busters, Higgs & Wilson and Buster Brown. He moved to Kingston in 1959, where he started his recording career. He first recorded for Coxsone Dodd, who had organized a talent show in which Eccles took part. Eccles had a Jamaican hit in 1961 with the early ska song Freedom, which was recorded in 1959, and was featured on Dodd’s sound system for two years before it was released. In the following years, Eccles had other successful songs, mixing boogie/rhythm & blues influences with ska rhythms, such as River Jordan and Glory Hallelujah.

In 1967 he started producing his own recordings as well as those of other artists. He scored a hit with Eric ‘Monty’ Morris’ reggae song Say What You’re Saying, and with his song Feel The Rhythm, one of several records that were instrumental in the shift from rocksteady to reggae. Eccles has also been credited with deriving the name ‘reggae’ from ‘streggae’, Kingston slang for a good-time girl.
Eccles’ first hit was What Will Your Mama Say was released on the UK label Pama Records. In 1968, his song Fattie Fattie became a skinhead reggae classic, along with his productions of recordings by the toasting DJ King Stitt (Fire Corner, Van Cleef, Herbman Shuffle). Eccles recorded many organ-led instrumentals with his session band The Dynamites (same band as Derrick Harriott’s Crystalites), featuring Winston Wright.

After the 1970s, new Eccles’ recordings were rare, and he concentrated on live concert promotion and re-issues of his back catalog. In the 1980s, Eccles slowed down his musical activities and he never met success again, apart from a few political songs, such as Dem Mash Up The Country in 1985. Eccles died on June 30, 2005, in Spanish Town Hospital from complications of a heart attack.

Doctor Bird Records, a division of Cherry Red Records, specializes in vintage Jamaican sounds licensed from the legendary catalog of Trojan Records. More than 50 years after their initial release two Clancy Eccles’ albums are being re-released on a double CD along with an array of relevant bonus cuts from the late 1960s. The package comes complete with a booklet containing interesting liner notes by Tony Rounce.

This exhaustive release includes both albums that were released in 1969 and a wealth of bonus tracks, illustrating the musical grooves of that period and the craftmanship of Clancy Eccles and his Dynamites. Although the line up of The Dynamites constantly changed, regular mainstays were Jacky Jackson (bass), Winston Wright & Audrey Adams (organ), Hux Brown, Bops Williams and Ernest Ranglin (guitars), Gladstone Anderson (piano), Val Bennett, Bobby Ellis and Johnny “Dizzy” Moore (horns), and Joe Isaacs, Hugh Malcolm, Winston Grennan & Paul Douglas (drums).

The title track Freedom is a reworking of the hit he scored with Coxsone Dodd in the early 1960s. The Dynamites lay down a fine fast-paced groove, while Clancy’s strong vocal output tells us about repatriation to Africa. The skinhead classic Fattie Fattie is another hit scorcher. An alternate take is added as a bonus track. It was a massive international hit and triggered Trojan to release the album Freedom.

Clancy’s first hit, a well-done cover of The Zodiacs’ What Will Your Mama Say is also part of this selection. Auntie Lulu was a popular 45 on the island, originally released by Clancy and The Slickers, so Clancy put out an alternative take on the same riddim entitled Bangarang Crash. He helped to shape the new reggae sound, -“I am the King Of The Reggae”- which he brags about on Don’t Brag Don’t Boast). Two Of A Kind and Oh My Lover sees Clancy being joined by Cynthia Richards, Clancy’s most successful female protegee.

The Big Fight is Clancy’s outstanding musical report of a clash between two reigning sounds of that time: Prince Buster’s Voice Of The People and Coxsone Dodd’s Downbeat. Deejay King Stitt aka The Ugly One joins Clancy on Dance Beat, a funky gem! The original LP closes with Mount Zion. It’s combination tune featuring the great percussionist Scully Simms.

This mainly instrumental set also highlights the toasting of King Stitt. Only a few tracks of this album were issued as 45s. First, there’s the monstrous hit single King Stitt/The Dynamites – Fire Corner/Rahtid with its classic spoken intro by King Stitt: “No matter what the people say, these sounds lead the way. It’s the order of the day, from your boss deejay.” The vocal version of this scorcher is featured on Disc One, Clancy Eccles’ Shu Be Du, and the instrumental cut Next Corner, led by Winston Wright, was also featured on the original LP.

The flip side Rahtid comes as a bonus track. For more King Stitt boom tunes check the 1969 single Vigorton 2, also with a well know spoken intro. The flip side Silbert Dragon sees Winston Wright, the then highly in-demand keyboard player, in top form. He also lays down a perfect instrumental version of Eric ‘Monty’ Morris’ 1967 hit tune Say What You Say. With I For I King Stitt delivers a blazin’ deejay version of this tune!

The Lion Wakes, a surprising organ instrumental by Winston Wright, is a cover of the pop hit The Lion Sleeps Tonight. Winston (and King Stitt) are also featured on the instrumental John Public. The last single is a solid reworking of the African tune Skokiaan with saxophonist Val Bennett pouring out nice vibes! The album opener Eternally is another fine brass workout by Val Bennett.