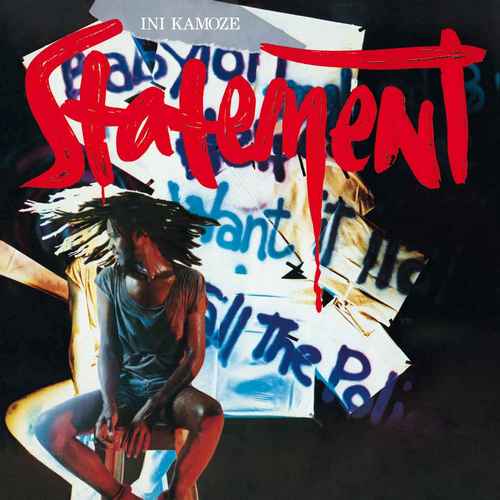 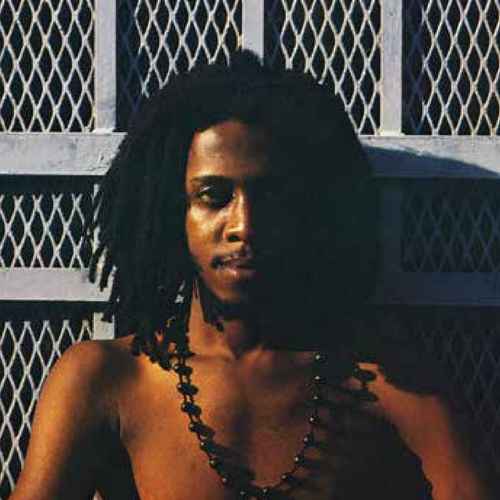 Cecil Campbell aka Ini Kamoze (meaning “mountain of the true God”) was born in the quiet fishing village of Oracabessa, Jamaica. As a young boy, he was sent to live with his grandfather in the southern parish of St. Elizabeth, after his mother had left him with one of his father’s girlfriends in the Jones Town area of Kingston. Although he showed great promise, he copped out of high school and hitchhiked his way to downtown Kingston and turned to hustling in the Bond street area. There he watched Mikey Dread at work in the Treasure Isle studio and took shelter on the roof of a nearby building. In 1976 he moved to the Spanish Town area and took to the Rastafarian way of life. There he wrote a play, the hit comedy “The Runnings”, and wrote a picture history book; “Port Royal: the Richest and Wickedest City on Earth”. By this time had also done three moderately successful singles on the Mogho Naba label. However, it was a demo tape with six of the toughest tracks he had taken with him on one of his visits to the home of reggae icon Jimmy Cliff that changed everything. The rest is history…

After Ini Kamoze had signed to Island Records in 1983, Sly & Robbie produced and played on the then emerging artist’s first three albums, “Ini Kamoze’, “Statement” and “Pirate” respectively. The production style of the riddim twins for these albums was very similar to their successful very heavily synthesized formula heard on the Black Uhuru records from the same period. In fact, all the production work as well as the mixing done at Fallout Shelter, London by Paul “Groucho” Smykle was geared to highlight the sound Sly & Robbie were creating instead of being determined to get the best result for the artist himself. Ini Kamoze, being never happy with the synthesizer-drenched production of his Island Records material, including the “Statement” album, re-recorded the latter’s tracks at his Hottis Studio in Kingston, Jamaica, and – together with reworkings of the tracks from his self-titled debut album and “Pirate” – released them on the dbl cd “Debut” in 2005.

Originally released in 1984, the same year his self-titled debut mini-album hit the streets, Music On Vinyl re-releases the 8-track “Statement” album on LP in its original form. Despite problems with the mix, a certain lack of weight in the riddim section and some slighty cheesy effects here and there, this is Ini Kamoze’s second strong album. In comparison with his debut LP, the production and the songs featured on “Statement” are a little more fleshed out. However, the dark feel of his true dancehall masterpiece can still be experienced, although here it’s perhaps slightly less menacing around. Ini Kamoze’s real strength is his voice and melodic lines, which are very catchy in each and every song. After almost 36 years most of the tracks still pack a punch, which despite Sly & Robbie’s dated technological experiments really says something. True highlights are “Babylon, Babylon” (aka “Statement”), “I Want It Ital”, “Call The Police” and “England Be Nice” – in 2013 reinterpreted by Protoje for his song “Kingston Be Wise”. 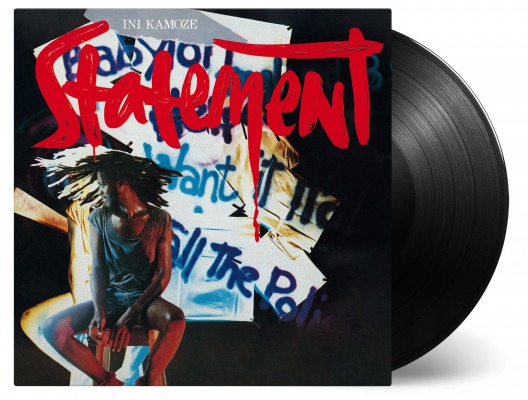 Conclusion The follow-up to Ini Kamoze's self-titled debut album is a solid album.