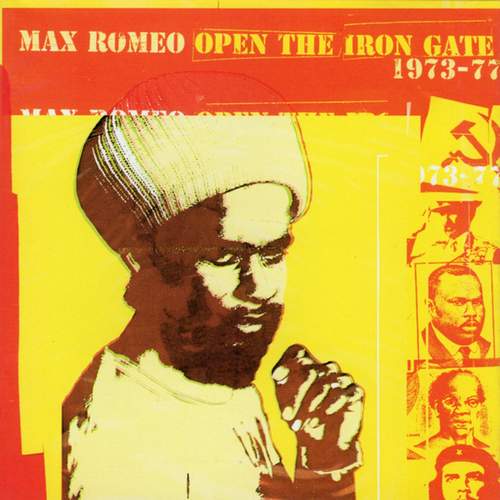 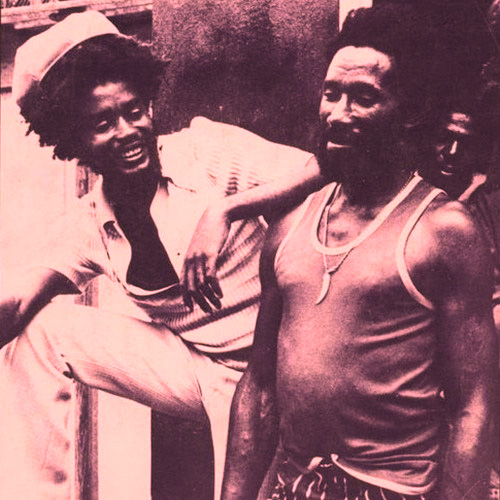 “Open The Iron Gate 1973-77” – released on cd by the defunct Blood & Fire Records in 1999 and on dbl LP by Simply Vinyl in 2000 – is a solid Max Romeo set built around the core of “Revelation Time”, truly one of the best albums of 1975. This classic collection of songs is now reissued digitally and available on all major digital platforms.

“Well, this is an album of songs I did in the 1970s, it is one of my best rated albums and I decided to finally release it on digital because I found the messages still quite relevant to what is going on in the world today.”

Max Romeo, the former frontman of The Emotions and The Hippy Boys, drew some notable attention in the late 1960s with “Wet Dream”, which despite a total radio ban, reached the number 10 in the UK charts. In the first half of the ’70s, Max Romeo recorded several impressive tunes with Lee ‘Scratch’ Perry and achieved international attention and approval with the 1976 issued “War Ina Babylon” set, his best-selling album to date. Producer Lee ‘Scratch’ Perry played an important role in the artistic success of Romeo’s records and after the split of the pair he couldn’t deliver the kind of records requested by the mainstream reggae market. No wonder, Max Romeo’s name was forgotten by the late eighties. In the nineties he made his comeback with strong albums for London-based producers Jah Shaka (“Far I Captain Of My Ship”, 1992) and Mafia & Fluxy (“Selassie I Forever”, 1998). Max Romeo continued to record and recently put out the album “Words From The Brave”, done in collaboration with Roots Heritage.

This reissue of material drawn from the years in which Max Romeo managed to make a serious impact makes unmistakably clear why this fine singer/songwriter reached star status in Jamaica during the mid-’70s. “Revelation Time” was a crucial album in Max Romeo’s development and furthermore it was a concept album as the whole album tells a story. Many of its songs were recorded at Lee Perry’s Black Ark studio, during that period the home of many high quality tunes. Not included on the “Revelation Time” album were the next lyric to his Perry classic “War Ina Babylon” entitled “Fire Fe The Vatican” and the rootsman’s favourite “Melt Away”, the latter being the cut that only appeared on 12″ single in 1977.

Conclusion "Open The Iron Gate 1973-77" is a solid album which contains strong roots music, still sounding great so many years after it was recorded. One to savour!!