The Ethiopian – Open The Gate Of Zion 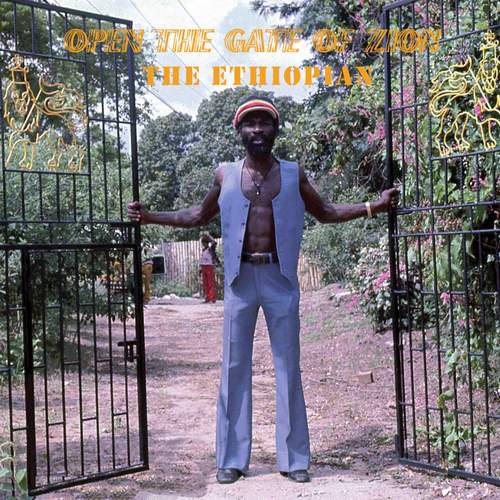 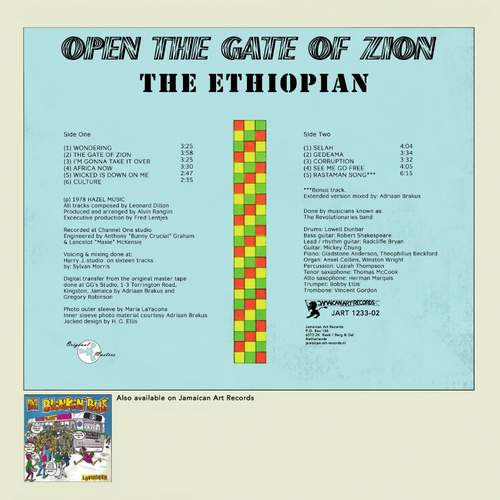 The Ethiopian – Open The Gate Of Zion

After last year’s reissue of Lovindeer’s top ranking 1982 LP “De Blinkin’ Bus”, Jamaican Art Records now offers the fans of the golden roots reggae era the classic LP “Open The Gate Of Zion” by the late Leonard Dillon better known as The Ethiopian. In 1978 only released in Jamaica on the GG label, the riddims for this Alvin Ranglin produced album were recorded at Channel One by The Revolutionaries, while the voicing and mixing was done at Harry J’s Recording Studio by Sylvan Morris

In the mid-1960s, Alvin ‘GG’ Ranglin opened his own TV repair shop in May Pen, Clarendon, and started to produce records with artists such as Trevor Brown, Vernon Buckley (of The Maytones) and Lloyd Flowers. He soon developed his business by buying jukeboxes, opening his first record shop and taking over the Gloria label from a family member. In 1969 he established his first record label named GG’s Records and had a big hit in 1970 with “Man From Carolina” by his studio band named GG Allstars, an organ-led reworking of the Folkes Brothers hit “Oh Carolina”. This was followed by several hits by the Maytones including “Funny Man” and “Money Worries”. He then added the Hit label, on which produced several hit records including “Flight 404”, “Ganja Plane”, and “Musical Shot”. Alvin “GG” Ranglin produced a string of local and international hits with artists like Eric Donaldson, Max Romeo, U-Roy, Prince Mohammed, Stanley Beckford & the Turbines, Jah Thomas, Dennis Alcapone, Mike Brooks, Jah Stone, Freddie McKay, and Lone Ranger. By the late 1970s Alvin Ranglin added the Typhoon imprint, for which he produced a string of hits with top artists such as Dennis Brown, Sugar Minott, Barrington Levy and Gregory Isaacs. The latter gave him his first international hit with “Love Is Overdue”, and in the four-year period that the two worked together, Gregory Isaacs’ status rose to that of a superstar.

Leonard Dillon aka The Ethiopian

During their heyday, The Ethiopians were one of Jamaica’s most influential vocal groups. The duo, which featured Leonard Dillon and Stephen Taylor, was at the forefront of the transition from ska to rocksteady. Moreover, Dillon’s compositional style and use of Rastafarian-themed lyrics also paved the way for the socially conscious roots reggae era that was to come. In 1964 Dillon met Peter Tosh who admired his original material and introduced him to the other members of the Wailers. In turn, the Wailers brought Dillon to Clement “Coxsone” Dodd’s Studio One, where he made his first recordings under the name Jack Sparrow. Since these first recordings, Leonard Dillon as member of The Ethiopians has gone on to record with the likes of Coxsone Dodd, Joe Gibbs, Rupie Edwards, Lee “Scratch” Perry, Derrick Harriott, Lloyd “The Matador” Daley, Duke Reid, Carl Johnson and Alvin “GG” Ranglin. After the death of Stephen Taylor in 1975, a period of inactivity followed as Dillon struggled to adapt to life without his singing partner. A new version of the Ethiopians with other members of the Rastafari faith, including Melvin Reid, recorded the album “Slave Call” with Niney the Observer in 1977. Leonard Dillon then largely became a solo artist and, under the name The Ethiopian, recorded the album “Open The Gate Of Zion” for Alvin “GG” Ranglin in 1978.

After 41 years, The Ethiopian’s “Open The Gate Of Zion” LP is finally reissued and available for a much broader public. Besides all ten songs, carefully transferred from the original two-track master tapes, the reissue also has new art-work/front cover, a gatefold sleeve and a bonus track. Lyrical and vocally The Ethiopian is in great form on an album that features strictly cultural and reality songs. Besides a few remakes of songs he recorded before he really went solo, this set consists of new songs underpinned by original riddims. The first tune on this album, “Wondering”, is also its first great one. It’s a compelling piece with lyrics that keep the listener involved, showing what great songwriter and singer The Ethiopian was. You can actually hear that this is sung by a man who knows what it is to wonder what you can do when you’re a young person. And there are even more gems to be found on this album including “Africa Now”, “Wicked Is Down On Me”, and “Culture”. Also more than worth hearing are the title track, an updated version of “Nuh Follow Babylon” from the previous released album “Slave Call”, the delightful remake of the Studio One 1966 classic “I’m Gonna Take Over Now” renamed “I’m Gonna Take It Over” and the reworking of the Sir J.J. produced early reggae stomper “Selah” from 1971. To round off the album in great style, there’s the massive “Rastaman Song” – previously released only on a limited run of a 12″ record (GG label, Jamaica, 1980). The special disco-mix that appears here is never released on vinyl before.

Wicked Is Down On Me 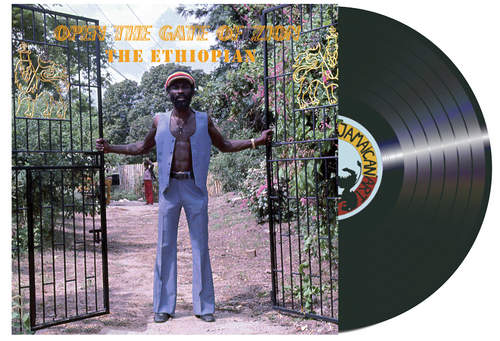