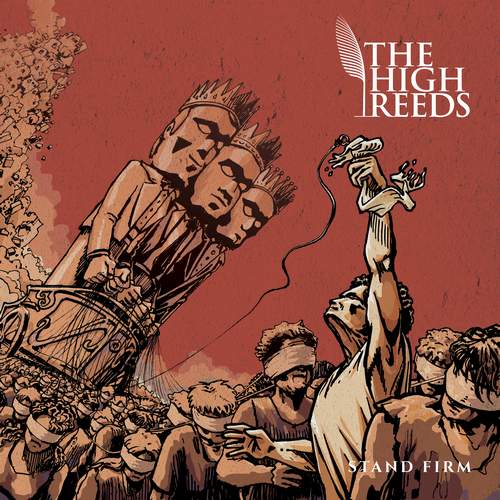 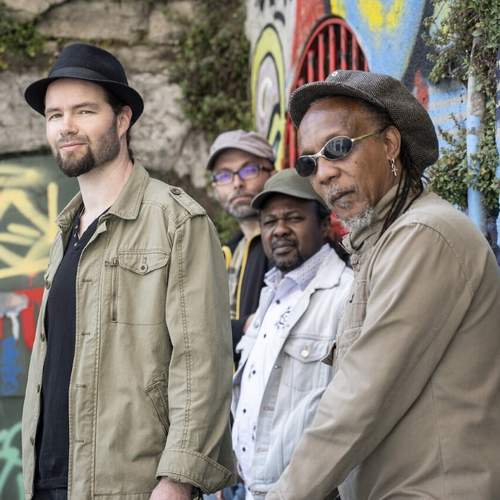 Anyone who takes time to focus on the French reggae scene will not only be amazed by the number of releases that hit the street, but also by the number of homegrown talent that puts out music worth hearing. One of the latest noteworthy discoveries is the Lyon-based The High Reeds, a four-piece band that can be best described as a melting pot of African, Corsican and Caribbean roots.

The High Reeds is formed by lead vocalist Christophe Rigaud (als playing guitars & percussion), bass player Yaokan, drummer & percussionist Djo Toussaint, and Julien Cordendod on keyboards. Christophe Rigaud’s soulful and unique voice is infected by his Corsican roots, while Yaokan is reponsible for the heavy bass lines, and blends Jamaican roots and Baoulé Ivorian traditional way of singing. Djo Toussaint brings in traditional “Gwo Ka” Power, also with vocal parts inspired by Dub poetry. Last but not least there’s Julien Cordendod, who completes the quartet with his experience, his jazz influences and his mastering of dub techniques. Together they bring what they call “Blue Reggae”, a Jamaican groove tainted by vocals mixing roots, soul & blues feelings. It’s a deep, clean and universal sound that surely touches the soul and heart. After the release of their first album titled “Sounds of Life”, The High Reeds were nominated for the 2015 French Reggae music Awards, followed in 2017 by a nomination for their “Brother Jones” EP.

After having released three singles – “Stand Firm”, “Stronger Than Lies” and “Along The Way” – to give the reggae fan an impression of a forthcoming collection of tunes, the band has unleashed its second full length album entitled “Stand Firm”. For their new album the energy packed quartet has collaborated with one of the pioneers of Dub music in France, “Pilah” (Kaly Live Dub, Dub Addict sound system…), in order to expand their horizons and to create a deeper and much more powerful “Blue Reggae” sound. The final result is a well varied album that fully lives up to the potential of this French band, which on “Stronger Than Lies” is joined by David Massal (saxophone) and Thomas Leroux (trumpet).

The High Reeds’s sophomore album brings the listener an appealing, well done mix of Roots, Rocksteady and even Dub. The opener, “Stand Firm”, is a powerful lengthy track with great lyrical content, whose beauty more and more unfolds after several listenings. Although musically “Right Or Wrong” has a more light-hearted vibe, it’s a serious message tune the keeps you involved. Christophe Rigaud’s vocal style and the vocal harmonies utilized for the Rocksteady vibed “Along The Way” is reminiscent of a group like UB40 – this also goes for “Leave Me Alone”. An enjoyable third track, but from a musical point of view far more interesting is “Stronger Than Lies”. The jazzy arrangement and the addition of horns and dub poetry makes this a compelling track. Nex comes “All We Need”, which is a solid message tune. Also worthwhile hearing are the powerful “Under The Storm”, the excellent “Black Tree” and the album closer – the heavyweight Dub Steppers version of “Under The Storm”.