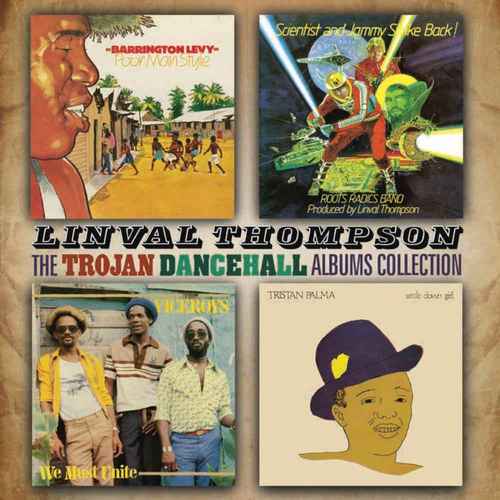 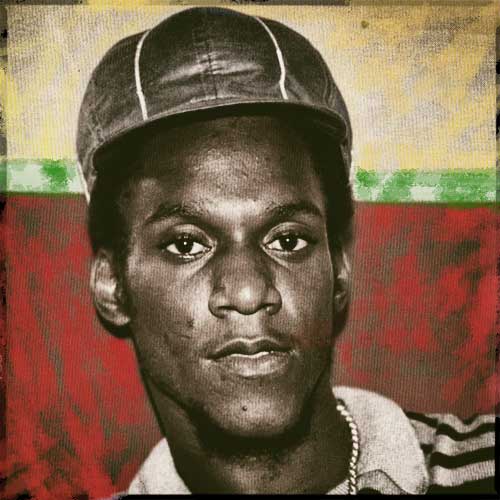 During the late 1970s, Jamaica’s popular music was experiencing what many consider to be its last golden era. King Tubby was in full swing, Channel One’s house band the Revolutionaries were at their peak and talented producers such as Linval Thompson were taking full advantage of the availability of such considerable talent as Barry Brown, The Viceroys, Barrington Levy, Tristan Palma, Ranking Dread, Big Joe, Sammy Dread, Wayne Wade, Trinity, Horace Martin, and Freddie McKay. Some of the albums he recorded with artists like Freddie McKay, Horace Martin, and Wayne Wade have never been released.

As a singer Linval Thompson scored a huge hit in 1975 for Bunny ‘Striker’ Lee with his debut single Don’t Cut Off Your Dreadlocks, which then was followed by singles like “Long Long Dreadlocks”, “Jah Jah The Conqueror”, and “Natty Dread Is The Greatest”. Although the singer’s place in the ace producer’s hit-making stable was now assured, he cut another roots scorcher for Tony Welch’s Socialist Roots sound system and record label in 1977 called “Train To Zion”. By this time he was already regarded as one of Jamaica’s all-round talents. Linval Thompson had now begun to venture into production work and had started to release records on his own Thompson Sound imprint. In 1978 he began dealing with Trojan Records. Linval’s most prolific period was between 1978 and 1983. Some conoisseurs hold him responsible for releasing over 300 singles (7″ and 12″) and some 30 albums.

Doctor Bird/Cherry Red Records has recently released some massive Linval Thompson packages. First there’s the The Linval Thompson Trojan Roots Albums Collection which collects the albums Linval Thompson – I Love Marijuana, Big Joe – African Princess, Trinity – Rock In The Ghetto and several interesting bonus tracks. Recently the label issued a cd with two lethal vintage Linval Thompson dub sets: Negrea Love Dub & Outlaw Dub. Now they have released a two cd set with no less than four albums from the early 1980s, including the awesome set by The Viceroys, We Must Unite and the highly popular dub set Scientist and Jammy Strike Back!

The 1982 dub set Scientist And Jammy Strike Back! is a friendly clash between Prince Jammy and Scientist. Both engineers took Linval Thompson produced tunes and rebuild them using walls of echo, delay, reverb, EQ sweeping, vocals phasing in and out, and more fx to create an enjoyable dub album. Prince Jammy -operating from King Tubby’s place- was responsible for 7 tracks while Scientist performed his dub duties for the remainder at Channel One. The Roots Radics provided the riddims and the titles & artwork refer to the science fiction craze of the 70s.

The Death of Mr. Spock is the dub cut to Linval’s tune Baby Mother while Buck Rogers In The Black Hole is yet another tune –You’re Young– from Linval expertdly dubbed up by Prince Jammy. He also rips Linval’s vocal cut Skillful Man as Flash Gordon Meets Luke Skywalker. The album opener Storming The Death Star is Freddie McGregor’s hit tune Big Ship deformed in superb style by Prince Jammy. Then there’s that other Freddie McGregor tune, Rootsman Skanking , which is reconstructed by Scientist as The Alien Aborts. C-3PO + R2D2 = The Force is Scientist with a perfect remix of Barrington Levy’s Rob & Gone.

Tristan Palma (sometimes also spelled Triston and/or Palmer) is a singer who is probably best known from early eighties dancehall anthems like Joker Smoker, Runaround Woman, Entertainment and Settle Down Girl. At one point in the early 1980s, Triston had nine songs in the Jamaican charts at the same time. The quality of these (and more!) tunes put him on our selective list of favorite reggae singers. He’s also one of those scarce vocalists who has never limited himself to one style, which makes that he’s able to bring different flavors to his musical deliveries. All his albums so far have showcased that he’s equally at home with lovers rock, roots & culture and dancehall music.

The 1982 album Settle Down Girl deals with affairs from the heart from start to finish. It opens with the title track, which uses a laid back reggae beat that allows Tristan to ease in excellence across the backdrop. The mood is relaxed and the riddims are smooth and gentle and this allows Tristan to showcase his vocal qualities to the max. The album closer Losted My Wife isn’t a Tristan Palma tune. It’s Echo Minott with Saddest Day Of My Life, an excellent tune from Echo, issued as a Jah Guidance 12″ in 1982, but also produced by Linval Thompson.

Barrington Levy’s distinctive whining voice and ghetto patois phrasing has made him one of reggae’s most requested vocalists. He was one of the most talented, and prolific artists of the 1980s. Furthermore, he is among a few Jamaican artists to have scored hits in the roots, lovers rock, dancehall, and crossover styles. Barrington worked with top producers such as Junjo Lawes, Linval Thompson, Joe Gibbs, Jah Screw, George Phang and Alvin Ranglin. In 1984 he was voted Best Male Vocalist at the UK Reggae awards. He also collaborated with hip-hop luminaries like Heavy D, Wyclef Jean, Busta Rhymes, and Lil Wayne, to name but a few. His successful career stretches from the late 1970s to the present day.

For Linval Thompson he recorded the LP Poor Man Style in 1981 and it was released in 1982. Roots Radics were employed as backing band while young Scientist mixed the songs. Barrington’s vocals flow effortlessly across the trusted and proven sparse Roots Radics riddims. The collection is a good mix of heartfelt sufferers tunes like the title track, Man Give Up, Don’t Give Up and lovers tunes like She Is The Best Girl, True Love and I Love I Love You. Scientist makes things interesting as he adds subtle and effective minor dub fx to some of the tracks. Personal favorite tracks are the album closer Rob & Gone, the herbs tune Sensimelea and I Can’t Wait Too Long.

The Viceroys’ legacy can be traced back to 1967 with initial tracks done at Studio One. Ya Ho put them on the musical locomotive full steam ahead. The core of Wesley Tinglin, Daniel Bernard and Linval Williams recorded for numerous producers and under different group names (Truth Fact & Correct, The Inturns, The Interns and The Voiceroys). Their official debut album was Consider Yourself as The Inturns in 1978. Daniel and Linval left the group and Wesley Tinglin kept the fyah burning with Neville Ingram and Norris Reid (from the Rockers family). This lineup recorded We Must Unite and Brethren & Sistren in the early 1980s. Both are classic albums recorded at Channel One and produced by Linval Thompson. The lineup changed again for 1984’s Chancery Lane with Chris Wayne replacing Norris Reid. In 2005, Wesley, Neville and newly recruited member Michael Gabbidon performed ital tracks from their catalog as a musical chapter in the widely acclaimed Inna De Yard series. In 2016 Iroko Records from France released their album Memories.

The album We Must Unite is a prime example of early 1980s roots music, embedded in rocksteady-esque rural harmonies across perfectly matching arrangements laid down by the ubiquitous Roots Radics. There’s not one filler present on this wonderful album. Album opener Come Closer My Love is an appealing lovers tune, while the awesome title track ‘begs’ us to unite and stop foolin’ around. Do check the ethereal harmonies across the sparse drum & bass riddim of Show Me Your Company, a song filled with proverbs. Scientist has surpassed himself when mixing the top tune The Intelligence Of Her Mind…listen carefully and you’ll agree! Mission Impossible is a well done remake of their hit Nothing Is Impossible. The album closes superbly with the uptempo Rising The Strength Of Jah.

To finish this massive release off there are a few extras added. First there’s the 12″ version (+dub) of Tristan Palma’s Settle Down Girl and the 12″ (+dub) by The Majesterians, If I Didn’t Want Your Loving. No information about the latter group, but it’s definitely a Linval Thompson production.

Conclusion If you're a true reggae fan you shouldn't ignore this package!