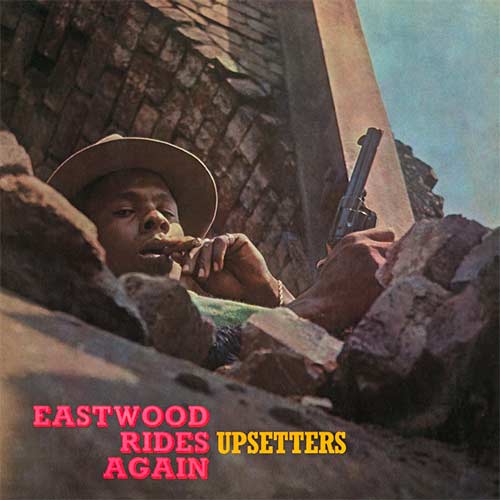 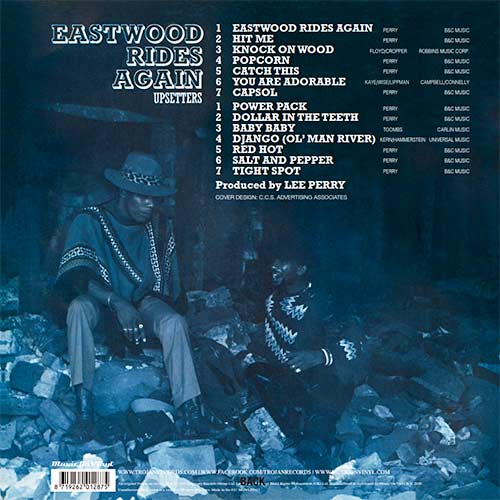 Rainford Hugh Perry, better known as Lee ‘Scratch’ Perry (or Pipecock Jackson, The Gong, Upsetter) is one of the most important and influential figures in the history of Jamaican popular music. Only very few other names have had such a strong appeal on a worldwide level than this engineer, producer, songwriter, entertainer, and artist. He started his music career at Studio One where he sold records and later became a talent scout. After a few singles for Coxsone, he left Studio One and began his own Upsetter label.

When he started to experiment in his own Black Ark studio in the 1970s, people started to call him a genius, while others claimed that he’s certifiably insane, a madman. However, anyone with a true interest in reggae music has to admit that he helped shape the sound of dub and made reggae music such a powerful part of the pop music world due to producing some of the most influential acts in reggae history including Bob Marley & The Wailers and the Congos to name but two.

The Dutch vinyl only (high quality 180g LP’s and 7# pressings) reissue label has already earned respect in the reggae scene with superb vinyl reissues of classic albums. Some of their releases are Bob Andy’s 1978 album Lots Of Love And I, Duke Reid’s compilation set Moonlight Groover and Jezebel by Justin Hinds and The Dominoes. More noteworthy releases sets are Live And Direct from Aswad and Out Deh! by the late, great Gregory Isaacs. Their recent release is the 1970 set Eastwood Rides Again.

In the early 1970s the Upsetters, formerly known as The Hippy Boys and Gladdy’s All Stars, consisted of the Barrett brothers on drum and bass, Alva ‘Reggie’ Lewis on guitar and Glen Adams with his characteristic organ style. Being Perry’s house band they were responsible for the backing of a cartload of tunes. Most of those tunes were collected on albums such as Return Of Django, Clint Eastwood, and Scratch The Upsetter Again .

In the line of former albums, it once again showcases the creative forces of the genius Lee Perry, his unrepeatable fusion of reggae, funk and rhythm and blues. It’s a largely 14 track instrumental album, with only three covers, the rest are Lee Perry originals. Again we are being treated to dominating organ riffs and funky, exuberant saxophone solo’s and jerky floor fillers delivered by a freewheeling Lee Perry & his Upsetters. The sound and atmosphere of this album are miles away from Lee Perry’s rootsy Black Ark sound which made him famous.

Baby, Baby with vocals by Dave Barker (?) and Val Bennett’s saxophone upfront, is nothing less than an awesome foot stompin’ New Orleans rhythm and blues! The well-known opening tune Eastwood Rides Again, with its spoken intro and vocal snippets is an early example of deejay cuts which would become very popular in the 1970s. The Upsetters interpretation of funk is shown on tracks like Popcorn, arguably inspired by the 1969 James Brown tune Mother Popcorn, pure funk! The same goes for Catch This and Red Hot, unmistakeable tight funk moves, influenced by the sound of the infamous Maceo Parker. But there’s also You Are Adorable, 1950s US standard ballroom tune (think Perry Como, Dean Martin!) with a certain crisp and clear Upsetters edge. Capsol is a relaxed, easy-going instrumental. With Django Perry licks the classic ‘Ol Man River, spiced by vocal interjections and the well known Dollar In Teeth is also included here. 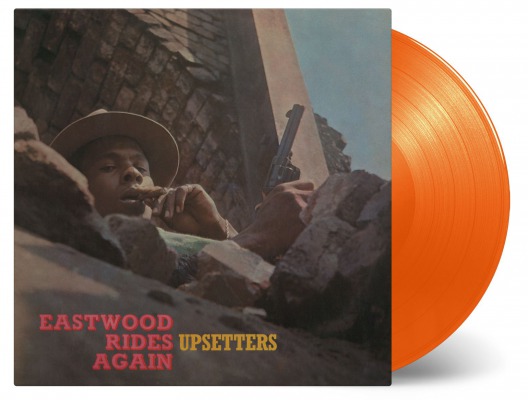 Click the image to get your copy.
Limited Edition!