Various – Pull It Up Again 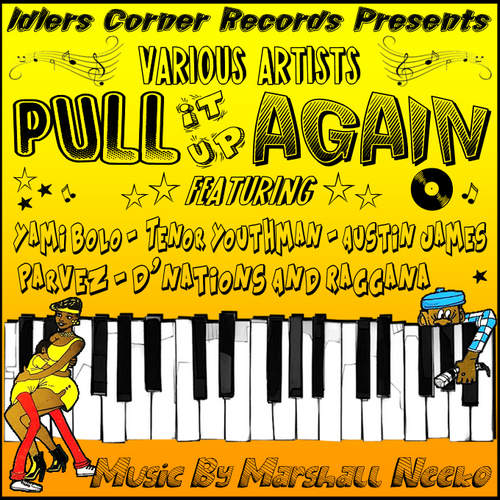 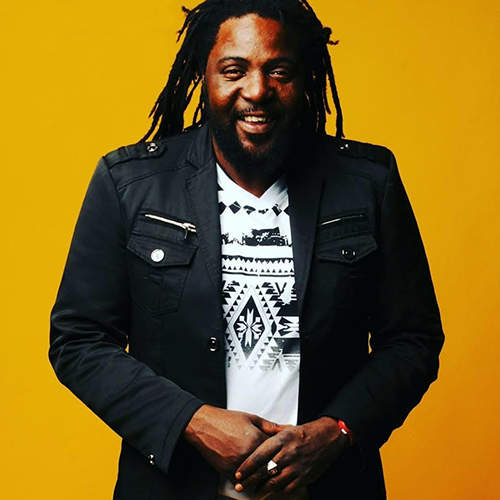 Various – Pull It Up Again

French producer and riddim maker Marshal Neeko’s brand new “Pull It Up Again” project is mainly a throwback to the Reggae sounds of the early to mid-’90s. The selection is dominated by veteran singer Rolando Ephraim McLean aka Yami Bolo who’s present with 5 vocal cuts and 4 accompanying dub versions. It’s good to have him back in a notable way as it’s really a shame that he has gone unnoticed in the past two decades, because really and truly there haven’t been too many more consistent artists than Yami Bolo since he first entered the business in the mid-’80s. Vocally Yami Bolo falls into that same line of ‘Waterhouse-style’ singers like Michael Rose and the likes with the kind of wailing sound that he employs so often. Yami Bolo instantly starts off with a powerful message tune, the album opener “Slapped Way”. A more deep roots style is utilized for “Chant For Peace”, a message tune that is near magic. Although one probably might expect something different, the solid “Don’t Stop The Riddim” is another tune full of consciousness. And then different vibes drop in with the nice love song, “I Need You Here”, before he delivers the awesome reality tune “Come Together” over the “Billie Jean” riddim.

Besides contributions from veteran singer Yami Bolo, there are also quite a few efforts from two very talented upcoming artists, Austin James and Tenor Youthman. The former is a new reggae singer from Kingston, Jamaica, whose majestic vocals (reminiscent of Garnett Silk) graced the superb 7″ single “Reggae Taking Over”, early 2019 released by the Romanian record label Dancehall Tradition. Later that same year, he appeared on Idlers Corner Records’ EP “Ragga Muffin” with the song “Spread Love”. And now he’s featured on “Pull It Up Again”, Marshall Neeko and Idlers Corner Records’ next project. The lovers lament “Too Bad” sees him effortless riding the riddim that also underpins Yami Bolo’s “Slapped Away” and “Revolution” by British Asian singer/songwriter/arranger/producer Parvez aka The Dub Factory. Furthermore Austin James is responsible for the title track “Pull It Up Again”, a big soundsytem tune that fires on all cylinders. With his third effort, the solid “Promise”, this fine vocalist returns to affairs of the heart.

The great emerging Tenor Youthman is a singjay, producer and sound system pioneer hailing from Moscow, Russia, where he was one of the founders of Lion Posse Sound System, one of Russia’s first genuine reggae sound systems with their own style and fashion. In 2016 he started to appear on Marshal Neeko produced projects like “King Kong Riddim” and “Chatty Chatty Mouth Riddim”. Also in 2016, London-based Reggae Roast released the Interrupt produced the full length LP “We Rule The Dance” by Tenor Youthman. The sonorousness vocals of the latter, who’s obviously strongly influenced by Tenor Saw and Nitty Gritty, can be fulljoyed on 4 tracks. His contribution starts with the slow-paced roots burner “War And Peace”, before he drops the solid social commentary “Ali Button”. And then there’s matching “Break Down The Walls”, performed over the “Swing Easy” riddim – done inna ’90s style & fashion. And finally the listener is treated to “Archibella” across the “Sleng Teng” riddim, with which Tenor Youthman pays tribute to the original Archibella, the late Nitty Gritty. Also across the “Sleng Teng” comes D’Nations & Raggana’s “Agony”.

Conclusion A worthwhile next project from Marshall Neeko with mainly Reggae sounds of the early to mid-'90s.