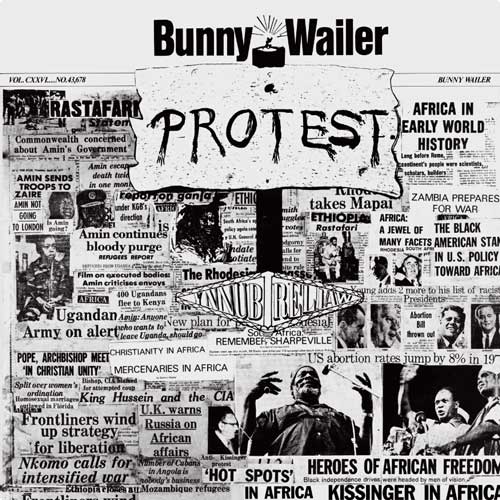 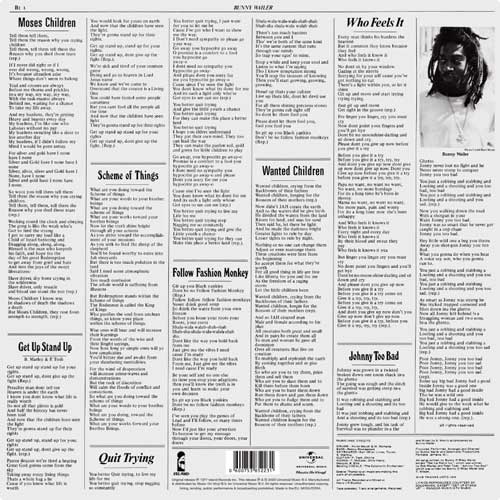 Bunny Wailer, born Neville O’Riley Livingston, is one of the founding members of the Wailers, and the trio’s only surviving member. Bunny Wailer, Bob Marley, and Peter Tosh teamed up with Coxsone Dodd, and their career took off immediately with their first single, the anti-violence anthem Simmer Down. Early on, all members contributed songs to the group, which enabled the Wailers to continue without Marley after he left Jamaica in 1966, to seek work for a time in the U.S.

When Bob returned from the USA they set up their own Wail N Soul M label. They released several excellent singles such as Bunny Wailers’ Tread Along. By 1973, the Wailers were untouchable, the biggest reggae band in Jamaica, and on the verge of an international breakthrough. But tensions were rising within the Wailers, which led to the departure of Peter Tosh and Bunny Wailer.

He launched his own label, Solomonic, releasing quality tunes. With the release of his stunning debut album Blackheart Man in 1976, he established himself as a force to be reckoned with. The albums Protest and Struggle proved quick follow-ups over the next two years.

In 1980 he gave us the album In I Father’s House. That same year he surprised the reggae community with Bunny Wailer Sings the Wailers, a tribute to his former group, lovingly revisiting his own favorites. By the time the album was released later in 1980, Bob Marley’s cancer had been diagnosed, the following spring he was gone. The album Tribute was drawn from the Sings The Wailers sessions and helped to keep the Wailers’ legacy alive. His 1981 showcase album Rock ‘N’ Groove, turned to the dancehalls for inspiration, was ignored by the critics but proved to be a success in Europe and the U.S.

In the mid-1980s the new dancehall style with its digital riddims took Jamaica and the dancehall by storm. Although he has always given a sympathetic ear to the latest innovations in production and riddims, he wasn’t anymore at the forefront of reggae music. He released several albums, new stuff as well as retrospective sets, and relies mainly on the loyalty of his fans worldwide. He has won the Grammy Award for Best Reggae Album in 1991, 1995 and 1997.

Protest was the follow up of his stunning debut set Blackheart man. Chris Blackwell of Island Records anticipated problems with Bunny’s outspoken spiritual and political ideas and released the album in the Caribbean only. Although Protest has been overshadowed by the strength of Blackheart Man it’s a fine album featuring a compelling do-over of Johnny Too Bad from The Slickers. In March 2020 Music On Vinyl releases the album in their series ‘Selected Reggae Classics’.

Thematically the album is about roots and culture, with dominant brass and keyboard/synth arrangements, probably inspired by the then-popular US disco/soul trend. Compared to the masterpiece debut set it’s obvious that it doesn’t quite reach the heights of that album, nevertheless, there are definitely nuff moments to cherish and enjoy.

He included a cover of the Bob Marley/Peter Tosh written song Get Up, Stand Up. Bunny’s rendition is soulful and injected with a pop/funk beat which isn’t our cup of tea. The message though is crystal clear: “Get up, stand up, stand up for your rights, Get up, stand up, don’t give up the fight”. The second cover is the aforementioned classic song Johnny Too Bad by The Slickers. The song featured on the soundtrack for the 1972 movie, The Harder They Come. With his rich arranged version of the song, Bunny makes a solid impression.

The new version of his own Who Feels it (Knows it), with new and fresh arrangements, convincingly takes the song to a higher place with style. The album opener Moses’ Children with its Biblical references is heartfelt and soulful throughout. In Quit Trying he tells the hypocrite to stop trying to live his life. A sincere song with effective background vocals. Love this tune!

The well-known theme of Follow Fashion Monekey (someone who only follows trends in society) is underpinned by a funky, stubborn riddim. The mood on the awesome Wanted Children is somewhat meditative, Bunny delivers in a manner that really holds its own. Scheme Of Things is definitely on par with Wanted Children. 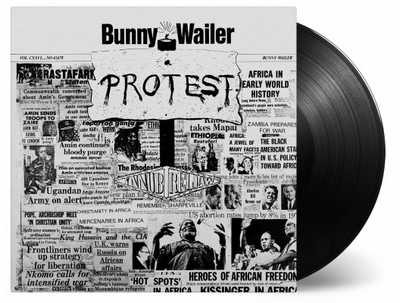