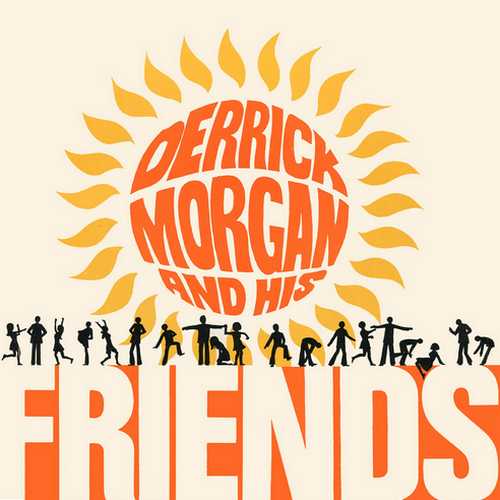 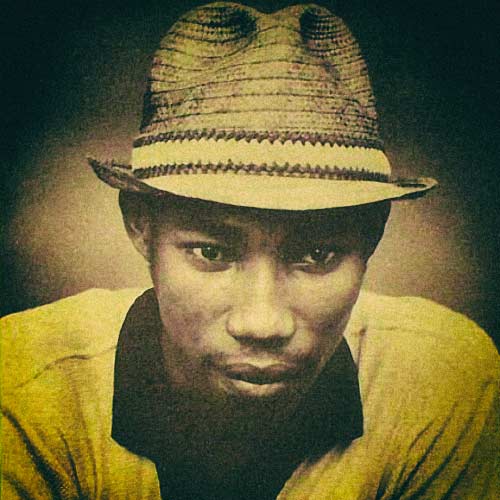 Derrick Morgan was born in March 1940, in the district of Stewarton in the parish of Clarendon, Mocho Clarendon. Born with retinus pigmentosa, a chronic hereditary eye disease causing his eyesight growing increasingly weaker as he grew older. His failing eyesight soon forced him to give up his office job and so “I turned to singing” and at age of 17, Derrick entered the Vere John’s Opportunity Show at the Palace Theatre in Kingston. After that, he started performing with the comedy duo Bim & Bam over the next two years. He made his first recordings for Duke Reid and in 1959 he recorded his first hit Fatman. When this record was released Derrick was already hugely popular in the dancehalls of Kingston as his releases were being kept exclusive by both Duke Reid and Coxsone for their dances.

Derrick quickly became the hottest artist on the island and in 1960 he held the Number 1 to 7 slots at the Top Ten at one time! The next year he recorded his biggest hit of all time, Housewive’s Choice, a duet with Millicent “Patsy” Todd. After leaving producer Prince Buster he teamed up with Leslie Kong. This departure led to an entertaining, and successful, exchange of insults on singles like Blazing Fire, Black Head Chiney Man and No Raise No Praise. He started his Hop Records label in 1967, and came up with popular sides like Red Rum Ball by Lloyd & Devon, and his own hits, Conquering Ruler and Gimme Back. The success of these tunes, and his distribution deal with Island Records, led in 1968 to the release of the LP Derrick Morgan And His Friends.

Derrick Morgan recorded prolifically throughout the ’60s and the ’70s. An imposing figure invariably topped with an almost brimless pork-pie hat, his cool, hip and rhythmic voice, enlivened by the occasional excited yelp, applied itself successfully to a variety of styles from Ska to Rock steady and reggae and rapidly became a popular figure with reggae’s UK skinhead followers. He’s still active and in 2019 he released an album called Storybook Revisited.
For more Derrick Morgan check these interviews on our site: Stephen Cooper Interview and Peter I Interview.

The Dutch vinyl only (high quality 180g LP’s and 7# pressings) reissue label has already earned respect in the reggae scene with superb vinyl reissues of classic albums. Some of their releases are the album Rivers Of Babylon by The Melodians, Duke Reid’s compilation set Moonlight Groover and The Heptones’ 1976 album Night Food. More noteworthy releases sets are From The Roots by The Maytals, Bunny Wailer’s outstanding Sings The Wailers and Out Deh! by the late, great Gregory Isaacs.

The sorely needed reissue is finally here! Tracks include six offerings from the man himself on side 1, and on side 2 we find six more from a variety of artists including three tunes by his sister Paulette Morgan. In those days LPs were made up of previously released 45s. However, this album collects mainly tunes that hadn’t been released before, although Father Killam by Derrick Morgan with Lyn Tait & The Jets was out on a 45 in 1968. Food Of Love by The Inventors was also available as a single in 1968. Also from that year comes the 45 You’ve Been Saying Things by The Black Brothers aka Leon & Owen Silvera, well-known ska artists.

Rocksteady dominated the island during the time the album was released. Lynn Taitt & The Jets was one of the best known Jamaican backing bands founded by guitarist Lynn Taitt in 1966 and appeared on many rocksteady records. Although not credited on the sleeve, he was likely responsible for the smooth backing of the songs.
The rocksteady groove is masterfully poured over Bobby Darin’s pop hit Dreamlover and retitled Bad Luck On Me. Listen to some more tearjerker vibes when Derrick does an excellent rendition of Little Anthony & The Imperials’ million-seller Tears On My Pillow. One of the highlights is Lagga Head. It’s a derogatory term used to refer to someone that is dumb and does not have any common sense. Certainly worth an extra spin is Father Killam. Side 1 closes with Stumbling Block, a song about never giving up.

The Consumates, led by Frank ‘Downbeat’ Brown, lay down the fine tune The More They Get about greed and selfishness. The group also scored some minor hits for Coxsone Dodd’s Studio One label. Derrick’s sister Pauline Morgan performs two tunes with an unknown group called The Loveletts. There’s the wonderful I’ve Been Searching, and the doo-wop flavored Stop The Wedding. The combination tune with The Consumates makes less impression. The Inventors hit the right chords with Food Of Love. Originally released as Fool Of Love, the song is a joyful celebration of music being the food of love. 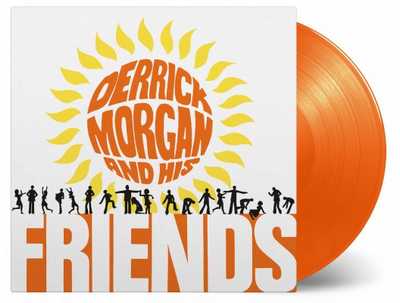