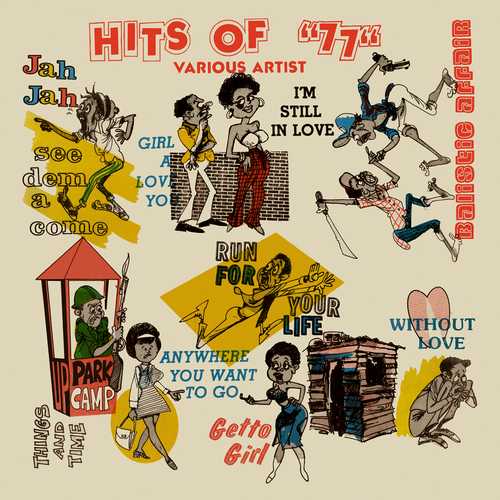 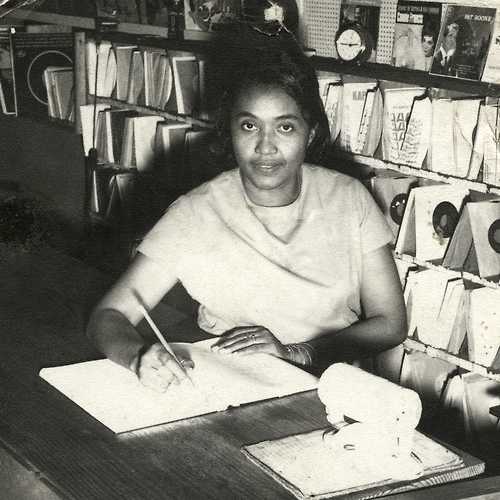 Mrs. Sonia Pottinger is one of Jamaica’s reggae pioneers. Married to music producer Lyndon Pottinger, she opened her Tip Top Records Shop in 1965 and started to record musicians in 1966. She was the first female Jamaican record producer, running her Gay Feet and High Note labels out of that record shop in Orange Street, Kingston. After some minor hits during the ska period, she broke through in the rocksteady era with gigantic hits from The Melodians, The Gaylads, Ken Boothe, Stranger & Patsy, and Delano Stewart. In 1974 she bought the Treasure Isle label from long-time friend Duke Reid shortly before his death. In the 1970s she delivered excellent productions by Culture, Marcia Griffiths, Justin Hinds, U Roy, Bob Andy, and Big Youth. In 1985 she left the business. Sonia Pottinger died at her home in Kingston on 3 November 2010.

Doctor Bird Records, a division of Cherry Red Records, specializes in vintage Jamaican sounds licensed from the legendary catalog of Trojan Records. One of their latest releases is a massive reissue of Sonia Pottinger’s compilation set Hits Of ’77 . The original 10-track album is further bolstered by an additional 34 (!) bonus tracks from the producer’s catalog, all of which first saw issue in Jamaica from the same year as the LP’s release or the 12 months that preceded it. The double cd package, with the original artwork, comes complete with a booklet containing interesting liner notes by Tony Rounce.

One might expect an overview of hits from Sonia’s labels, but in this case, we can enjoy some of the biggest hits from that year, covered by vocalists from Sonia’s roster of artists. The album opens in full force with Turnel McCormack and The Cordells versioning John Holt’s massive Channel One hit Up Park Camp. John Holt’s tune is a well done relick of Get In The Groove riddim. From the same band comes the Horace Andy hit Girl I Love You. The group started in the early 1970s, but their output was far from prolific.

Short-lived duo Hell & Fire cut some serious roots sides for the Channel One imprint in the 1970s. With Sonia Pottinger they scored with the 100% quality roots tune Where Is That Love, included as a bonus track. Here they cover Leroy Smart’s hit tune Without Love. Another Leroy Smart hit, Ballistic Affair, is versioned here by Ronnie Davis, one of the finest and distinctive singers ever to come out of Jamaica. Unknown female vocalist Maureen Pearson does a rather uninspired version of I’m Still In Love. Delroy Wilson’s 1967 Studio One hit Run For Your Life is one of our favorite Jamaican classics. Earth & Stone put down a decent version of the song. They also tackle Culture’s magnificent tune Jah Jah See Dem A Come.

Then there’s the second John Holt cover. Calman Scott’s only release for Sonia Pottinger was this rendition of Anywhere You Want To Go. The Fantells (also written as Fantels) were known as The Beltones, releasing popular sides for Studio One. Their career spanned only two decades with their biggest hit being No More Heartaches for producer Harry J. Their do-over of Dennis Brown’s Ghetto Girl is sweet but misses the hard edge of Dennis Brown’s original cut. The original LP closes with The Itals doing a smash version of Things And Time from The Wailing Souls.

The impressive amount of bonus tracks (34 tracks) has few fillers and a whole heap of well known and unknown gems. Let’s point out a few of these gems! The two instrumentals from Bobby Ellis & The Revolutionaries are standout selections. Stormy Weather and especially Shank I Sheck demand for serious rewind action! Daddy U Roy pops up with a killer tune called Merry Go Round. The vocal track is a Treasure Isle recording, Where Must I Go, by a young Errol Dunkley, and U Roy does his toasting job with style and honor!

Mr. Bojangles (Marvin Pitterson) was one of the few deejays who toasted across Culture’s hit Two Sevens Clash, entitled Prophecy Reveal. This set offers two tunes from him. First, he shines on Natty Dub It In A Dreamland, the deejay version across Marcia Griffiths’ cover of this classic tune. Election Derby sees him impersonating a horse racing announcer! Ranking Joe is another deejay who is featured here. With Shine Eye Gal he shows his skills across Bobby Ellis’ Shank I Sheck.

The output of the trio Well Pleased & Satisfied included three hit singles for Sonia Pottinger. Their biggest tune was Sweetie Come From America. The foot-stomping & skanking tune Chat Chat is a winner! Don’t forget to check out the deejay version here. It’s Where It’s At by an unknown guy called Ken Quatty. The duo Earth & Stone is golden on No Time To Lose, a captivating song with fantastic brass works. The late great Delroy Wilson delivers another instant rewind selection with Conference Table, a song that would be versioned over and over.