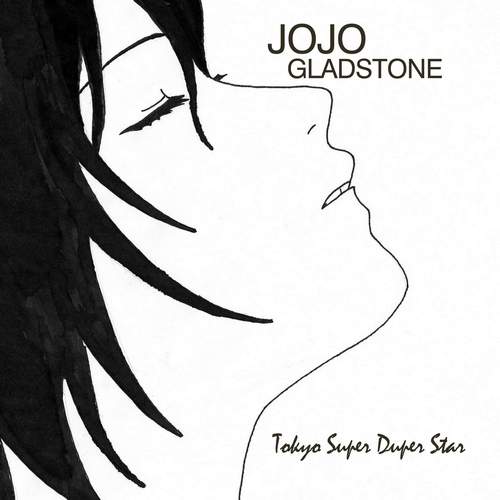 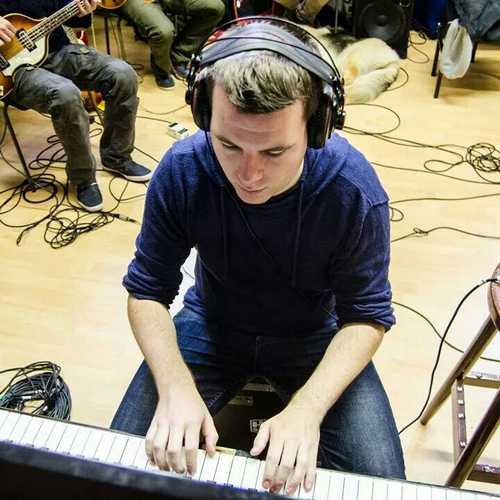 “Tokyo Super Duper Star” is JoJo Gladstone’s sophomore album. And delivering a sophomore album has never been an easy task, not even for artists having major breakthroughs after that or having had major breakthroughs with their debut album. But Dutch singer and pianist Jouke Yspeerd a.k.a. JoJo Gladstone has managed to deliver an even stronger successor to his very convincing debut album “JoJo”. The authentical Roots Radics sound in the early ’80s at Channel One with a starring role for Gladstone Anderson, the big inspiration for Jouke’s artist-name, successfully is featured heavily on this album as well. But more playfulness has come into the overall sound on several tunes, which given this “Tokyo Super Duper Star” a way more balanced feel, resulting in a better album as a whole.

JoJo is backed by the Soul Prophet All Stars, a band of which the nucleus is formed by fellow Dutchmen from Twente. Roots Creation members Pim Kokkeler on guitar, Wouter ‘Redsteppa’ Slegt on bass and their singer Aron ‘Jah Bird’ Tekle as percussionist, with Roots Creation’s new drummer from Belgium (Asham Band’s) Wim ‘Radics’ Verbruggen featured on several tracks. The other drummer featured is known from Dutch reggae band Beef, Hansz ‘One Drop’ Deijnen and his fellow Beef member Bram ‘Irieginal’ Wouters plays a prominent role. Besides providing rhythm guitar he co-wrote a couple of songs and co-produced the album together with JoJo Gladstone himself. Other musicians featured are Leo ‘Lego’ Eppink and “Let The Music Do The Talking” Swiss Fruits Records producer Mathias Liengme on organ, Andrej Bragin and Robin ‘Mr Cool’ Manders on lead guitar, and on “Love Boat” Belgian Alain Meloen on bass and Micah ‘Zion Love’ Smoley on percussion. The strong riddims they laid benefit from the flawless mix by Frenchman Sebastien ‘West Finga’ Bizeray, resulting in a great album.

The album opens with “Not The Lucky One”, a great ‘anti-lovesong’. And it’s not just the musical accompaniment that invokes the ultimate Roots Radics vibes of (my personal undisputed reference) Gregory Isaacs’ “Sunday Morning”-rendition, it also has me thinking of the description the Cool Ruler often got in Muziekkrant Oor as the Jamaican Andre Hazes. Clearly audible is how JoJo Gladstone in those two year between his debut and “Tokyo Super Duper Star” gained way more control over his voice, adding to the strength of this album. “Slow Boat To China” and “Woman In Your Life” have much more common lyrics than the opener, celebrating the joy of love and again showing JoJo’s vocal growth over riddims that reminisce relicks of old Roots Radics riddims as well, done in a near perfect way.

JoJo is not only fascinated by and passionate about reggae in general and Gladstone ‘Gladdy’ Anderson in particular, but also about Japanese culture. Hence the beautiful cover art and the title track “Tokyo Super Duper Star”, which clearly benefits from the vocal harmonies adding an extra charm to this song that even possesses a slight hit potential, before in “Hot Water” the negative sides of lovelife are emphasized again, but in a playful way, both lyrically and musically. The A-side ends with the excellent loversrock tune “Please Don’t Stop” and the only complaint I have about this song is that it is literally begging for a sweet-voiced or rough deejayed female counterpart in a duet, it would have lifted this tune even further.

“Money” opening the B-side is the first reality tune on this album and it’s strong, depicting the threat of the importance and influence of the need for money, delivered with a sweet sounding voice over a strong riddim, that is completely different from the lovers tunes backings, sounding much more militant. It’s followed by “Love Boat” in which the piano sounds even more beautiful than JoJo Gladstone’s instrument does anywhere else on this album in a wonderful backing for the sad message of a love boat having become a sinking ship far away from the shores. Almost drowning in a sea of tears, musically it’s a party, but the lyrics make for an extremely sad love gone wrong tune. “Rocks & Mountains” is one of the first songs that JoJo Gladstone had written and composed for this album following the release of his debut and it indeed sounds as a linking pin between both albums. You hear he’s both taking the style of the first album further yet also the different path taken in the tunes later and last written and composed.

One of my favourite songs of this album is up next, the swinging “Let The Music Do The Talking” (co-composed by Fruits Records Mathias Liengme who also contributes the organ on this tune) and then the album ends with the old-school warming to “cool your down temper” in the third strong message-tune on this album. “Acts Of Aggression” is exactly what this album needs to lend an even more balanced and round listening experience to it than the convincing debut album already gave. The two bonus tracks have not been officially released yet, but can be found on the label’s Soundcloud and although “One Angel Short” might be overly sweet for some listeners, I just beam of admiration when I hear a song like this, because I love this approach. And it only justified that one of the killer tunes of the album also gets the dub treatment, following the vocal reprise in the “Let The Music Do The Talking (extended version)”.

Conclusion JoJo Gladstone has topped his already very convincing debut album with this sophomore album "Tokyo Super Duper Star". The authentical Roots Radics sound in the early 80s at Channel One with a starring role for Gladstone Anderson, successfully is featured again heavily on this album. But more playfulness has come into the overall sound on several tunes, which given this "Tokyo Super Duper Star" a way more balanced feel, resulting in a better album as a whole.