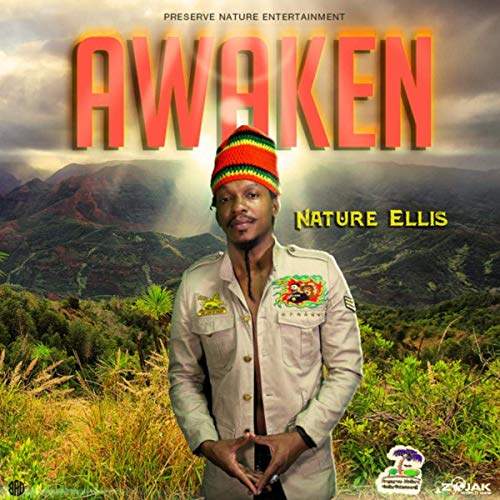 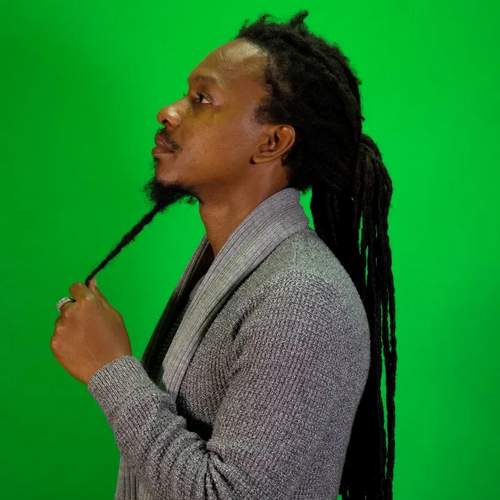 Jamaican singer Nature Ellis, formerly known as Nature, hails from the beautiful parish of St. James in Jamaica. He started getting serious about his music career in 2002. Since then, he has recorded with Big Ship, King Jammy’s, Truckback Records and Ricardo Gardener’s Heart of Love Music label and had a slew of popular songs including “World Peace”, “Trying Man” and “Revolution”. His signing to powerhouse label Down Sound Records led to the release of his debut album “Life’s Journey” (2015), which included the hit single “Love You”. Uncomfortable with certain things he couldn’t deal with, the artist decided to leave Down Sound Records.

Now Nature Ellis, who is also dubbed ‘The Prince of Peace’, is back with his sophomore studio album “Awaken”, actually his first album that comes out on his own label Preserve Nature Entertainment. The record label is about spreading positive music and representing the voice of the people. And as the record label’s name suggests, the preservation and love for the natural environment are central to Nature Ellis’ way of life. His most recent chart success came in 2019 with the singles “Tears Of Joy” and “Into Your Brain/Into My Brain”, of which the latter is featured on the “Awaken” album.

Nature Ellis’ 16-track album is very colourful modern reggae project, which features a mixture of roots pieces and love songs. On the spoken intro and very first track on his brand new album, the stellar “War In Babylon”, the singer sets the tone firmly. The song is candy to the listener’s ears and so is the beautiful message tune “Dem Want I”. These two top modern roots tunes at the beginning of the album are followed by the gorgeous lovers piece “Last Time” and the very infectious hit single “Into Your Brain/Into My Brain”, a poppy reggae tune which is really difficult to get out of your head. Next comes the solid collaboration with David Luther King entitled “I Rather Know” and then the delightful acoustic message tune “Kill No More”. It’s a pair of love songs that actually round out the first part of this set with in particular Nature Ellis’ acoustic version of Sanchez’s “Missing You” being great to hear.

“Spit In The Sky”, a song with lyrics everyone can relate to, takes the listener back to the days of Ska. Actually this track is a rendition of Delroy Wilson’s Studio One Ska single from 1963 – also known as “Remember Your Nest”. Another of the album’s genuine highlights follows as “The System” is simply a great offering, although riddimwise it surely isn’t the average reggae tune. Wasn’t too keen on listening to a version of Gregory Isaacs’ “Night Nurse”, but unexpectedly it’s truly worth checking as it is nicely peppered with contributions by Steppa. Well done!! The uptempo “She’s Worth It” has a very easy swinging vibe which all in all makes it nice to listen to. After “Missing You”, “Time So Hard” is the next acoustic version of a classic tune featured on the album. Nature Ellis delivers a beautiful interpretation of the 1981 roots killer done by the late Derrick Lara on the “Shank I Sheck” riddim. “Make A Living” drops some entertaining Dancehall vibes before Nature Ellis & Lashlaru round off with the awesome “Jah Nah Sleep”.

Conclusion If you enjoy Reggae music, of virtually any type, Nature Ellis has really done something for you!