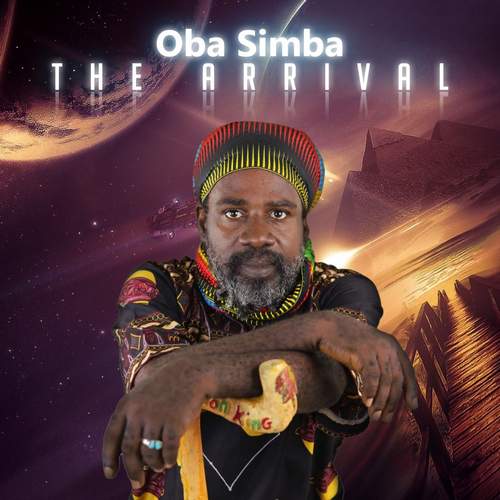 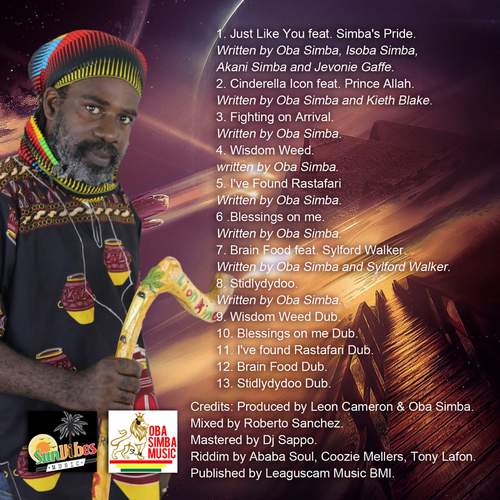 Veteran singer Oba Simba (real name David Wilson) first came to the attention of an international audience in the mid-2000s. At that time he spent a great deal of time in Europe, voicing tunes for European record labels such as Irie Ites and Special Delivery Music, both based in France. With Special Delivery Music’s production duo Jay Pee Greve and Pierre Bost of Bost & Bim, the Jamaican singer, who was born in December 1971 in Heartease, St. Thomas and grew up in Allman Town, central Kingston, recorded several noteworthy songs on hit riddims such as “Hanky Panky” (“Operation Radication Riddim”), “Promises” (“Judgment Time Riddim”), “Reminiscing” (“Visions Riddim”), and “Whistling Bird” (“Je t’aime Riddim”).

“Whistling Bird” then became the title track of his 2009 released EP, which in 2011 was followed by his first full length studio album entitled “Voice of The People”. It features tunes like “The Herb” (“Sugar Riddim”), “Man A Warrior (“Take A Lick Riddim”), and Gold Cup Records’ “Signs Of Things To Come (“Mirror Riddim”). 2014 saw the release of an album called “This Is The Moment”, which he shared with El Siervo, a rapper from Spain. And now, after a very long hiatus, Oba Sima returns with his second solo album entitled “The Arrival”. Produced by Leon Cameron and Oba Simba himself and mixed by the estemeed Roberto Sánchez from Spain, this set features 8 vocal cuts across riddims provided by Ababa Soul (Mexico), New Town Kings (UK), Coozie Mellers and Tony Lafon. Besides vocal efforts this album also includes 5 dub versions.

Since he emerged on the reggae scene, Oba Simba – meaning King of the Lions – has shown that he posesses an appealing crisp sounding voice and that he’s able to write provoking lyrics. This is again affirmed when you listen to the first track, “Just Like You”, done together with his children – Simba’s Pride. It’s actually a song known from the 2018 PALAS (Peace and Love Academic Scholarship) project, “Bless The Children Riddim”. A real nice opener! The message tune “Fighting On Arrival” comes across a familiar sounding backdrop and is a more than solid effort. Also sounding somewhat familiar to the ears is “Cinderella Icon”, a decent duet with roots veteran Prince Allah. Once you’ve tuned in to the intoxicating ganja piece “Wisdom Weed”, you simply won’t stop your head from moving around. The deep roots tune “I’ve Found Rastafari” with its killer bassline has huge vibes and is one of the album’s highlights. “Blessing On Me” is a powerful sung spiritual tune that fires on all cylinders. The third collaboration, “Brain Food”, features Sylford Walker and is another track that deals with the holy herb. Although not as strong as “Wisdom Weed”, it’s nevertheless worth hearing more than once. And then there’s already the last vocal track “Stidlydydoo”, which is a really good one. From there the listener is taken to Roberto Sanchez’s dub territory, a very pleasing and all in all wonderful listening experience.

Conclusion The long wait for Oba Simba to come up with a sophomore album has been truly worthwhile.