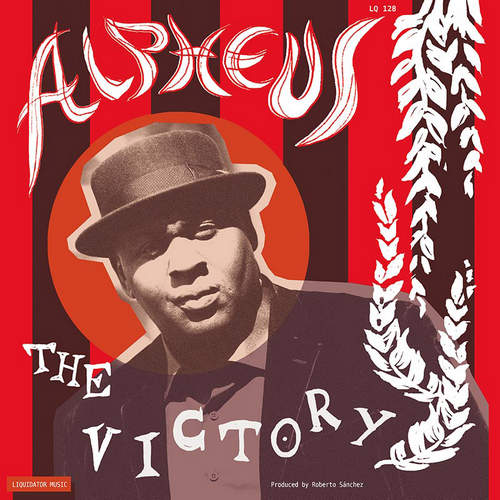 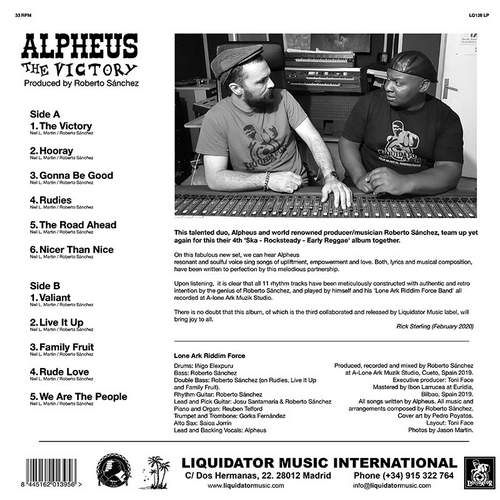 The winning duo, singer Alpheus and producer Roberto Sánchez, strikes again with another golden nugget entitled “The Victory”. After “From Creation” (2011), “Good Prevails” (2014) and “Light Of Day” (2018), this is the fourth full length studio album sweet singing Alpheus has recorded in collaboration with the well respected, multifaceted Spanish producer. The three delightful albums that came from the very fruitful UK-Spain connection placed the veteran singer in his element and allowed him to shine brightest, and so does this brand new collection of tunes. Established Alpheus fans know what to expect and know they are going to love it.

Just like its predecessors, this album solely features old skool vibed tracks. Even when you’re familiar with the first three albums, the high quality of the carefully constructed Ska, Rocksteady and Early Reggae tracks is still striking. Furthermore noteworthy, and perhaps even more than that, is the fact that again – just like on “Light Of Day” – all the gorgeous riddims heard on this selection are fresh originals, composed by Roberto Sánchez and played by himself and the Lone Ark Riddim Force. If you’d experience surface noises like clicks and crackles while listening, you’d swear they were played and recorded back in the day. As usual the vocals and riddims were recorded at the, by now, almost legendary A-Lone Ark Muzik Studio in Santander, Spain.

At the head of the album is the title track, an uplifting ‘Early Reggae’ tune which musically and lyrically is simply wonderful to listen to. “The Victory” is a winner with a great riddim behind it. Next comes the clever “Hooray”, a solid song in which the metaphoric use of the word ‘train’ awakes interest. Especially in the ’60s this was more or less common practice in reggae lyrics and brings to mind songs like The Ethiopians’ “Train To Glory” and “Freedom Train” or “Stop That Train” by Keith & Tex. And then it’s ‘Early Reggae’ time once more with the love song “Gonna Be Good”, one that’s not only a full joy to listen to, but also one that gets you moving. It’s followed by a very appealing Ska tune, the previously released single “Rudies”, a flawless song full of energetic dance vibes which calls out all rudies to ‘skank the night away’. It’s such a big tune that it simply has to go on repeat!! A fantastic way to end this first third of “The Victory”.

Starting with the vibrant, positive message tune “The Road Ahead”, also the rest of the tracks that are featured on “The Victory” continue to serve up delicious material. The wildly infectious “Nicer Than Nice” sees Alpheus going into lovers territory in a way that goes beyond the ordinary love song. “Valiant”, a determined tune full of consciousness, is another winner with a great riddim behind it. There’s a feeling of brightness that comes along when the light-hearted sounding “Live It Up” leaps off the speakers. The next tune that follows, “Family Fruit”, is a very interesting one as it deals with a rather uncommon theme. Before we get to the last tune, there’s another romantic song, “Rude Love”. It’s a real joy to listen to this gorgeous effort. “The Victory” ends with the excellent “We Are The People”, an enthralling powerful piece with a great trombone added that you can play and play and play and… Needless to say it’s a personal favourite! Boom!! Both Alpheus and Roberto Sánchez have done a great job. Hopefully their fruitful collaboration will continue in years to come.

Conclusion Another great album coming from the fruitful collaboration between singer Alpheus and producer Roberto Sánchez.