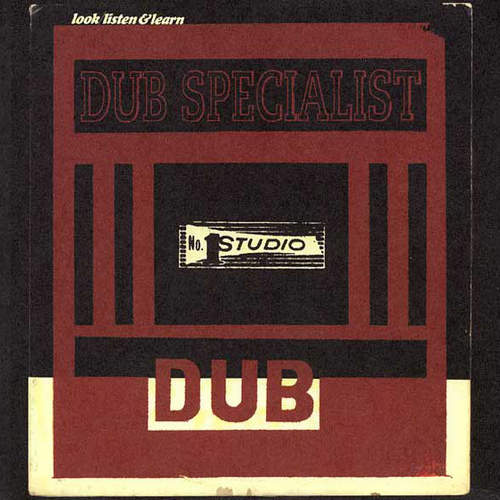 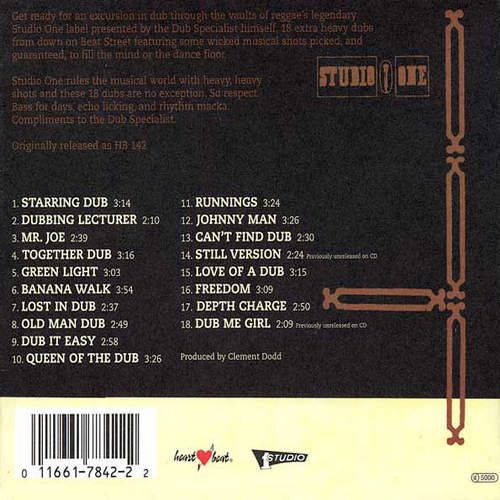 “Look, listen & learn” is written on the cover of this Heartbeat’s Studio One release. So let’s take a look first: This reissue was originally released in 1995 as “Dub Specialist – 17 Dub Shots from Studio One”. The track list is updated with one substitution – “Still Version” replaces “Beam Sound” – and one additional track, “Dub Me Girl”. The two disc vinyl edition includes two more tracks, “Heptones Gonna Fight/Hail Don D” and “Crab Walking Extended”. Not really much liner notes on the double vinyl – at least information from which tunes the dub mixes were made are included. The cover used here is one of three available covers designed for the “Better Dub” album, originally released in 1974.

Listen, you get here a lot of killer Studio One riddims, without any doubt still the best in reggae music. The dub mixes are not comparable to those King Tubby or Lee Perry made, they are more like instrumentals with some decent effects, which doesn’t mean that they are not good. Listen! It is not possible to mention standout tracks, ’cause you have to start with “Starring Dub” and – if you get the double vinyl – end with “Crab Walking”. Most of the tunes here were recorded in the 1960s, but then remixed and re-released in the 1970s as flipside of 7″ singles or as dub albums. In those days dub was very popular in Jamaica, sometimes the dub got more famous than the original (e.g. “King Tubby Meets Rockers Uptown”, the dub to Jacob Miller’s “Baby I Love You So”) and so the recycling-friendly Sir Coxsone Dodd started repacking the killer instrumentals as Dub Specialist. Nothing was wasted! So if you want to hear Jackie Mittoo on organ, Ernest Ranglin on guitar, Rolando Alphonso on the sax – just to mention three of the musicians working for Studio One, listen.

Learn: Dub Specialist is a pseudonym for Clement Dodd (1932-2004) when he performed in the role of dub mixing engineer. In fact it is not completely clear, who really made the mixes, Sylvan Morris has to be mentioned. As shown on some other releases even the people at Heartbeat are making some mixes. If you own the original “17 Dub Shots From Studio One” there is not really a need to purchase this CD. So Heartbeat in a way learns from Dodd and are recycling their products. What really makes the difference to “17 Dub Shots” is the double vinyl release. The two extended mixes are essential stuff and it is in a way nice to learn, in 2008, that it is better to buy the vinyl than the CD.

All in all you get another essential Heartbeat release. It’s strongly recommended to buy the double vinyl edition. LOOK, LISTEN and LEARN!

Conclusion All in all an essential release.