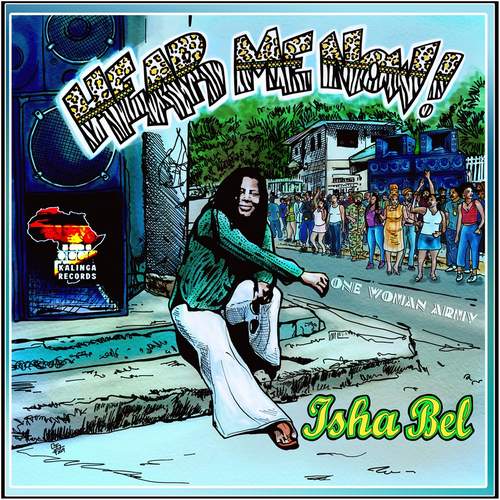 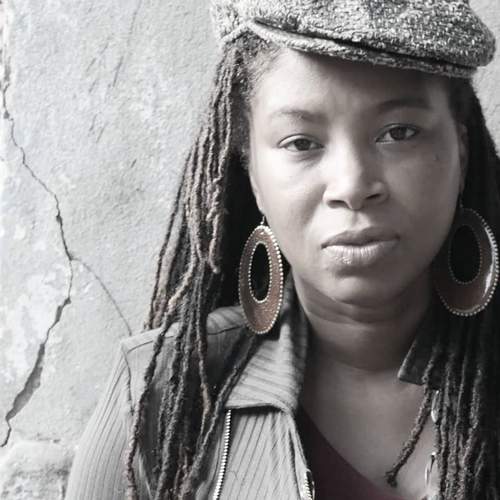 Coming straight out of the city of Kingston where she grew up in Rockfort, multifaceted Natalie Walsh’s music career spans most of her life writing singing and performing. She has accompanied many Jamaican artists such as Sizzla, Livin Kulcha, Droop Lion, Warrior King, Andrew Tosh, Ras Michael & The Suns of Negus, and Iley Dread, on stage and in the studio – locally & internationally.

After having taken a break from the music scene she re-emerged as Isha Bel in late 2012. She recorded several songs such as “No Call The Police”, “Only Jah Knows”, “Domestic Problems”, “In My House” and “African Woman”, and “Red Black and Green”, a tribute to Marcus Garvey. With the help of brethrens and sistrens such as George “Wild Life” Scott, with whom she collaborated on many songs, she was introduced to a number of international producers who recognized her undeniable talent. It led to the release of several singles including “Bless Jah Holy Name” and “Blessings” on Conscious Sounds (UK), “They Should Know” and “Rolling Rolling” on Unrulee Records (UK), “Cost Of Living” on Addis Records (Switzerland) and “Locks Grow” on Idlers Corners Records (France).

And now Isha Bel, who possesses a powerful metallic voice reminiscent of the soulful sounds of the early days of reggae, balanced by the raw gritty energetic delivery of modern urban sounds, comes up with a 9-track album entitled “Hear Me Now! (One Woman Army)”. On this noteworthy selection she brings poignant and unapologetic songs of inspirations and consciousness, fuelled by stories of her life growing up in East Kingston and her quest for spiritual balance. The listener is treated to Reggae songs tinged with digitally 1980s tones, Dub and New Roots, produced among others by Marshall Neeko, Dougie Wardrop, Wu’d Sounds, and R Kanjere from Australia.

The first song on the album is “Likkle Prayer”, which comes across a riddim composed by Dougie ‘Conscious’ Wardrop and Chouette Records with Dubmarta on bass and I-Ilodica on melodica. This solid song is an invitation to pray for all those who suffer on our planet! Things then really get moving on the even stronger next track, the militant “Mr Conscience”, which is underpinned by a hard hitting digi roots riddim supplied by Marshall Neeko. Next comes the extended version of “Walk By Faith”, a truly awesome tune inna Rockers Dub style that sounds divine. The superb “Ancestor Song”, done in collaboration with R Kanjere from the Black Jube label, is definitely one of the best songs on the whole of “Hear Me Now! (One Woman Army)”. Boom tune!! The powerful “Can’t Bribe Jah”, another Marshall Neeko produced tune, is an equally strong offering. Although musically “Babylon Work” steps in a different direction, Isha Bel delivers a tune that leaves a serious impression. The ganja piece, “Red Eye”, comes a cross a relicked version of the classic “Pressure & Slide” riddim. Produced by Chaka Demus’ label Bright Star Production this is a nice song to listen to, and so is “Tun Up The Sound”. The selection then ends in fine style with the wonderful “Floating On”.

Conclusion A noteworthy album with poignant and unapologetic songs of inspirations and consciousness.