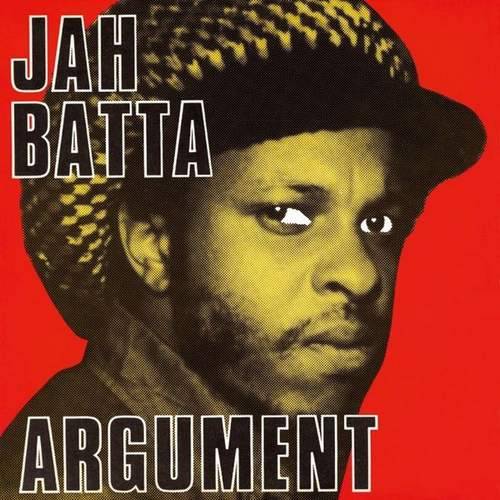 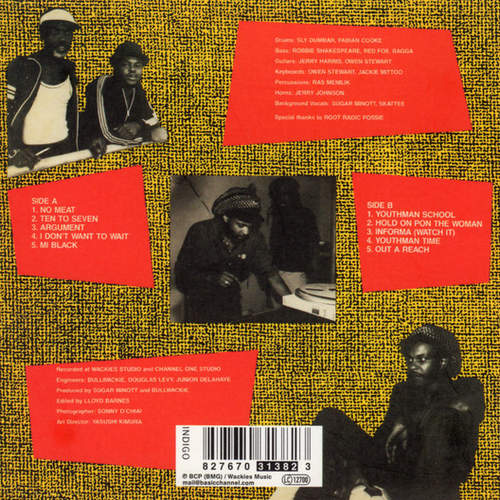 This is another excellent release in the string of classic Wackies albums that have been (re)released by Berlin dub-techno duo Moritz Von Oswald and Mark Ernestus a.k.a. Rhythm & Sound, as part of their rerelease program of the complete Wackie’s catalog.

The latest reissue is 1983’s “Argument” album by Jah Batta. Antony O’Meally a.k.a. Jah Batta was recently featured with his tune “Music Hit You” on “Rhythm & Sound w/ The Artists”. This album shows his buoyant ’80s DJ-ing over riddims mainly coming from Lincoln ‘Sugar’ Minott’s Youth Promotion camp overdubbed and remixed at Wackies in the Bronx with Sugar Minott alongside Lloyd ‘Bullwackie’ Barnes at the controls. It sounds as strong as a good ’80s Studio One DJ album, and that is of course no surprise with Earl ‘Bagga’ Walker and Jackie Mittoo on board, as well as the Riddim Twins Sly & Robbie, whose Channel One approach of sais Studio One riddims is very clear as well.

After his call for vegetarianism in “No Meat”, he rides the ever popular “Answer/Never Let Go” riddim for a tune about all-night sessions “Ten To Seven” before riding a riddim that is extremely serving the purpose of bringing back the memories of those early dancehall days in the title track “Argument”. “I Don’t Want To Wait” is an excellent take on another all time great Studio One riddim Larry Marshall & Alvin Leslie’s “Throw Me Corn” with lots of vocal gimmickry. Probably the most versioned riddim ever, yet another one from the late Sir Clement Coxsone Dodd’s Brentford Road studios, “Real Rock”, gets the Jah Batta treatment in a tune about the colour of his skin “Mi Black”.

“Youthman School” rides the also extremely popular “Darker Shade Of Black” riddim that Jackie Mittoo already played on in 1968 at Studio One. Jah Batta is really riding the riddims and on “Hold On Pon The Woman” is the classic “So Much Trouble In The World” riddim Bob Marley & The Wailers recorded in 1979 getting his wicked treatment. “Informer (Watch It)” is a take on Sugar Minott’s own “Informer” with the big singer contributing the singer’s counterpart. On “Youthman Time” Jah Batta even touches an almost singjay style with good result, before closing the album with the excellent toast about the girl that went “Out A Reach” because she ran off with Sugar Minott!

An excellent example of the fun that old school DJ-ing was all about over wicked well-produced riddims, this album is more than just a must-have. It’s a must-play for anyone who hasn’t heard it yet.

Conclusion A must-play for anyone who hasn't heard this album yet.