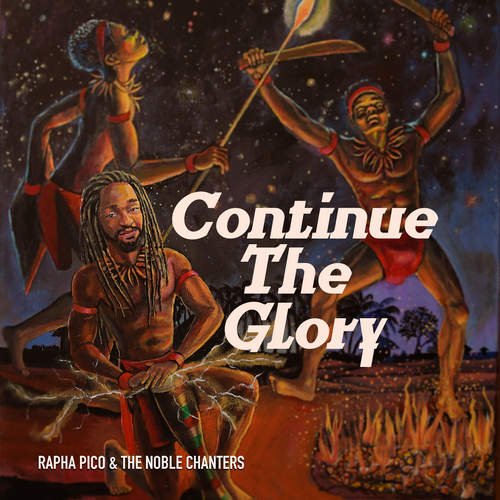 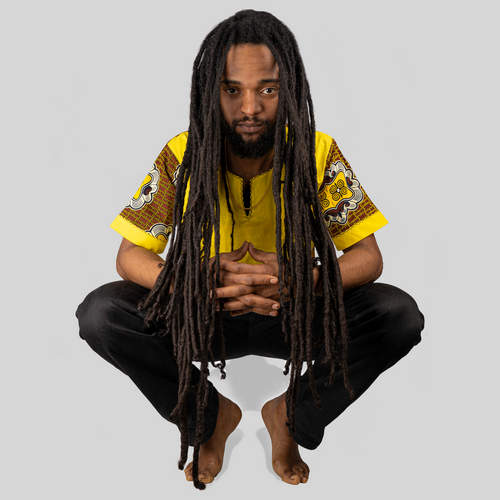 Multi-instrumentalist and singer with the golden voice Rapha Pico is no newcomer in the reggae scene. Being the son of Mario ‘Djeynah Delbety’ Delbe from the Caribbean island Martinique, who was the lead singer of the Dutch Reggae band Revelation Time in the 1980s, and a mother from Surinam with Native American roots, was destined to follow in his father’s footsteps. He found a musical coach in his father who taught him the basic principles of Reggae music. At the age of 18 he committed himself to Rastafari and Reggae music became the vessel to spread his lyrics with the purpose to make people think for themselves.

In 2013, he recorded his first EP “Roots” with Jamaican producer Roland McDermott at the Tuff Gong studio in Kingston, Jamaica. Upon returning to Europe he and his former band The Roots Rockers entered the BeneluxXXL Reggae contest in 2014, and won. The rewards were extensive touring throughout Europe, the opportunity to work with several established producers in the scene and sharing stages with the biggest international reggae artists. After the release of his 2nd EP “Get Ready” in 2016, a project consisting of several riddims provided by numerous producers, Rapha Pico became more and more convinced that he was trapped in ‘a fast food production way of making music’.

As he didn’t want to betray his principles, he then went to Costa Rica, where he resided in the jungle on the mountains, with his family. Those surroundings inspired him to write the spiritual roots tracks for a new project. Back in the Netherlands he booked only 10 hours in the Amsterdam-based Earth Works studio. The cooperation with Earth Works Studio was only natural after the success of his 7″ vinyl single “Lead The Way” with the Signal One Band, which the famous Jah Shaka picked up and played on his legendary sound system in the summer of 2019.

Together with The Noble Chanters consisting of Freddy ‘Steady’ Poncin (drums), Kay Hasselbaink (bass), Mario ‘Djeynah Delbety’ Delbe, Dinesh Badri and Pablo Minoli (guitars), Naomi ‘Ro’ Romeijn and Erik Ritfeld (keys) and Maikel ‘Ras Maiky’ Tremour (percussion), the recordings of tracks for the brand new project were done. Thanks to the top quality musical arrangements and craftsmanship, provided by some of the best musicians of the Netherlands, Rapha Pico’s 6-track EP “Continue The Glory” impresses mightily.

“Until the lion tells his story, the hunter will always get the glory. Official history silenced the voices of those that were conquered and yet, despite all of their efforts to wipe them from earth, rebels with a cause continue to emerge to such a level that they have to be considered a force to be reckoned with.” – Lion Story.

Determined to tell a story through his spiritual and conscious lyrics and roots reggae music, Rapha Pico is truly a ‘lion telling a story’ as the listener can experience while listening to the tracks of this EP. Getting things going on the “Continue The Glory” EP is a great tone setter, the superb “Chanting”. It’s a real joy to listen to this lovely head-nodding opener as this one is sugar candy for your ears. Next the glorious title track “Continue The Glory” jumps in. The vibes this song pulls are so huge that you simply have to identify its wonderful message. The different, more light-hearted sounding “Everyday” is all about giving thanks and praise everyday. Actually this tune as well as the last track of the EP, are the only efforts that can be qualified as dance floor fillers. “Lion Story” is a song of sheer beauty and one of the real highlights. This one definitely goes on replay! Equally strong is the magnificent “Stand For Something”, which actually is the first single taken from the “Continue The Glory” EP (it’s an exclusive extended version plus dub mix – available on the Bandcamp page). The EP is rounded off by “Til The End Of Time”, an ode to his Empress, the mother of his first child.