Anthony B – King In My Castle 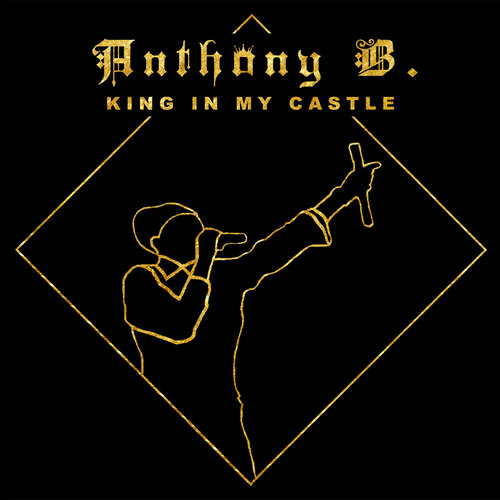 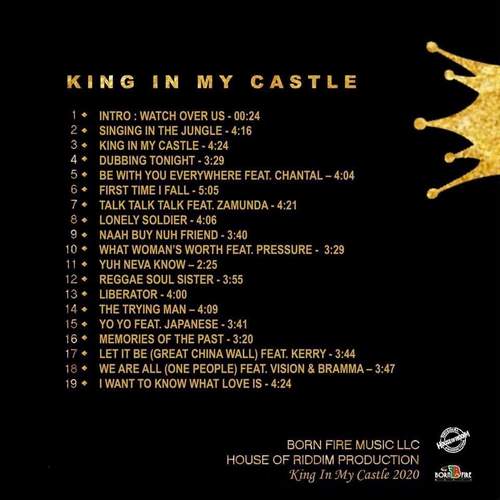 Anthony B – King In My Castle

Anthony B, in terms of popularity is one of the most popular and active artists in Reggae music. He’s been a big name across the globe since the mid 1990s, when he established his name with impressive albums like “Real Revolutionary” aka “So Many Things” (1996) and “Universal Struggle” (1997). At his best, Anthony B, whose given name is Keith Blair, should be regarded as simply one of the most talented Roots Reggae artists of all-time. No question about it. He should also be looked at as one of the most consistent, more consistent actually, than either of his very celebrated peers, Sizzla Kalonji and Capleton. And while he has released a few duds of albums during his career, it’s always a little more distressing when he does so than do some of his peers.

Anthony B’s finally released brand new full length album has had his many fans waiting for about five years. Just like its predecessor, “Tears Of Luv”, this (far too) long awaited and much anticipated album titled “King In My Castle” has been put out on Anthony B’s own label, Born Fire Music. Included on this set are no less than 19 tunes, which in terms of consistency and balance sometimes doesn’t work that well. This album certainly has its fair share of good moments and standouts, but when you take it in as a whole, it’s not very good and it’s not very bad. In other words, it causes mixed feelings, which even after multiple listenings aren’t gone.

“King In My Castle” is a widely ranged album as it not only features Reggae and Dancehall tracks, but also a bit of World Music. Included are some singles that were released in recent years such as the title track “King In My Castle”, “Dubbing Tonight”, “First Time I Fall”, “Talk Talk Talk”, “Reggae Soul Sister”, and “Naah Buy Nuh Friend”, as well as exclusive tunes. In fact, these already known tracks form the strong backbone of the album as these are the ones that make up the good moments and the standouts. When it comes to the latter there’s the crowd pleaser “King In My Castle”, the touching lovers piece “First Time I Fall” and the sweet love song “Reggae Soul Sister”, which comes aross a relicked version of Bob Marley’s “So Much Trouble In The World” riddim, the dancehall piece “Naah Buy Nuh Friend”, while “Dubbing Tonight”, “Talk Talk Talk” feat. Zamunda, and also “Lonely Soldier”, “The Trying Man”, and the powerful “Liberator” belong to the goods.

The worst moments on the album are The Original Fireman’s interpretation of Foreigner’s pop hit “I Want To Know What Love Is” and The Beatles’ “Let It Be” here retitled “Let It Be (Great China Wall)” – if only Kerri’s singing of the chorus had been left out it would have been a more decent effort. And then there’s also Fleetwood Mac’s “Everywhere”, in 1989 covered by Marcia Grifiths. Luckily “Be With You Everywhere”, done in combination with one of his Dutch backing vocalists on stage. Chantal (Vanenburg), is a far better offering than the two aforementioned tunes.

“King In My Castle” surely isn’t a disappointing album release, but when it comes to certain parts of this collection one should expect much much better from one of Reggae music’s best practitioners. And furthermore… less is definitely more!

Buy @ Amazon
Anthony B · KING IN MY CASTLE/ Pomo mix

Conclusion It certainly has its fair share of good moments and standouts, but when you take it in as a whole, it’s not very good and it’s not very bad.