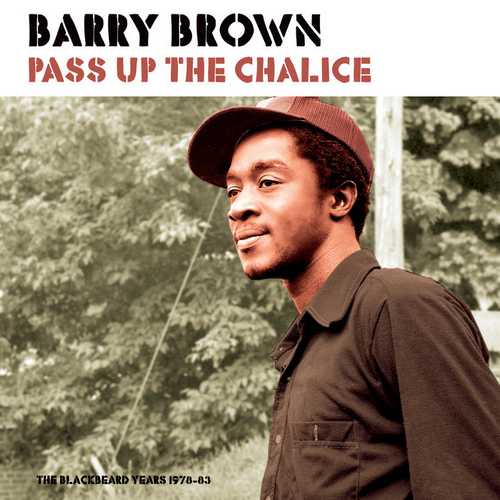 Most likely every Reggae fan, whether young or old, knows Barry Brown’s song “Far East” – originally recorded for Coxsone Dodd’s Studio One label in the 1970s, but becoming a dancehall staple when re-recorded at Channel One in 1982. However, probably little will they know about the artist himself, who died at age 42 on May 29, 2004. Just like artists like Tony Tuff, Sugar Minott, Rod Taylor, and Tristan Palmer, the asthmatic singer with a rough and ready vocal style emerged from Kingston’s ghettos during the mid-1970s. In 1979 he had a hit with “Step It Up Youthman”, which was also the title of his debut album for Bunny Lee. The success led to Barry Brown recording more material including “Put Down Your Guns”, “We Can’t Live Like This”, “Big Big Pollution”, “Politician”, “No Wicked Shall Enter”, “Lead Us Jah Jah”, and “Conscious Girl”.

Having worked with Linval Thompson on “Seperation” and Sugar Minott on “Things And Time”, he decided to go into self-production. His initial release “Cool Pon Your Corner” preceded an album that featured the classic “Jah Jah Fire”. However, mostly his self-produced releases weren’t very successful. Then “Far East” revived interest in the singer, and other releases followed including “Dreadful Man” and “Serious Man”. Though he no longer set the charts ablaze in the second half of the 1980s, he continued to record high-quality tunes.

The Patate Records crew has compiled a tuff selection of Barry Brown tunes, recalling the recording sessions he did with producer “Rodguel ‘Blackbeard’ Sinclair between 1978 and 1983. The singles gathered on this 12-track LP were mixed by dub masters King Tubby and Scientist and originally appeared on Blackbeard’s Hulk imprint. This powerful set has nuff, nuff exciting moments such as the much in demand opener “We Nuh Run” (aka “Natty Dread Nuh Run”), the heavyweight killer “Rich Man Poor Man”, “Jah Jah Protect Them” (aka “Jah Jah Guide Them”) across a relicked version of the “Love Me Forever” riddim, “Separation” which simply is massive Roots Radics/Scientist business, the anthemic title track “Pass Up The Chalice” on the “Death In The Arena” riddim, and the wicked sufferer’s piece “I’m Moving On” over the “Sacrifice” riddim. Barry Brown also did quite a few noteworthy combination tunes with several deejays such as Ranking Joe, Toyah and Jah Thomas. One of the best is the rare “Coolie Carry Basket” with Trinity, which is the latter’s awesome deejay version of “Step It Up Youthman”.

Conclusion A murderous release that shouldn't be overlooked! Highly recommended!