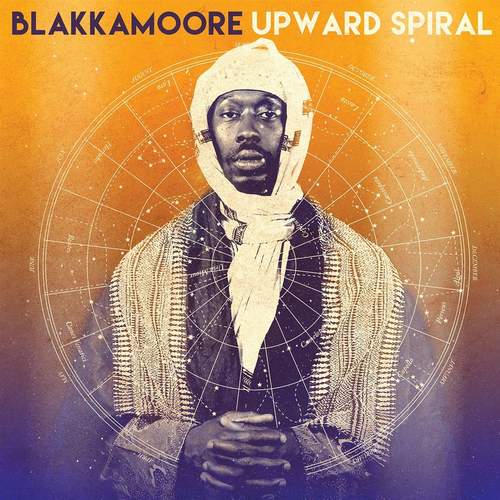 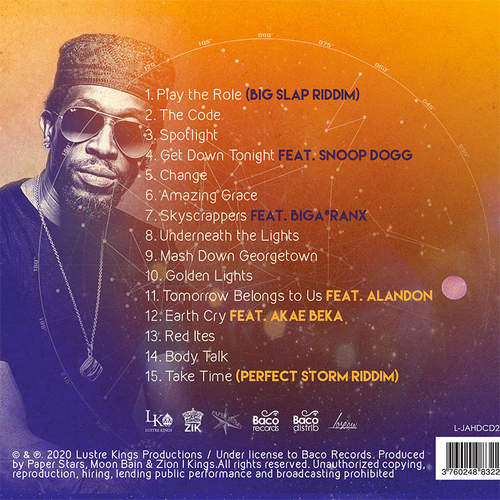 Previously known as Jahdan, Blakkamoore has been an essential figure in the blending of reggae/dancehall and hip-hop since the 1990s, working with acts ranging from East Coast hip hop duo Smif-N-Wessun and DJ Premier (aka Preemo) to Major Lazer and Lee “Scratch” Perry.

Originally from Guyana, Blakkamoore moved to Brooklyn at a young age, where he was exposed to hip-hop culture in its early phases. Fusing rap and reggae through his own group Noble Society and cameos on tracks like Smif-N-Wessun’s seminal 1995 single “Sound Bwoy Bureill,” he became a staple on Brooklyn’s Caribbean music underground. An early adopter of dubstep and grime in the US, he later immersed himself in New York City’s electronic music scene working with genre-bending producers DJ/Rupture and Team Shadetek, as well as reggae production outfit Zion I Kings. In 2009, Diplo tapped him as a songwriter and collaborator for Major Lazer, adding his touch to early tracks “Cash Flow”and “Reach For The Stars”.

His long-awaited new album titled “Upward Spiral” is the follow up to his previous solo project “Order Of Distinction” on the Lustre Kings label, which was released in 2015. Just like on that album and on the 2010 released “Babylon Nightmare”, the quality-guaranteeing people of Lustre Kings Productions and Zion I Kings are heavily involved in the production of this new album, on which Blakkamoore demonstrates how reggae and hip-hop are linked by their stories, origins and influences. Listeners can enjoy his oiled and charismatic voice on reggae music or urban sonorities. Even when the tempo goes faster, he still feels comfortable and his flow keeps its fluidity.

After the opener, the already known “Play The Role” across the “Big Slap” riddim, Blakkamoore moves away from the reggae sound with the next few songs, although from a lyrical point of view it’s interesting to listen to “The Code”, while musically “Spotlight” creates great vibes. With the supreme “Amazing Grace”, Blakkamoore enters reggae territory again. His smooth delivery over the riddim takes this song to the next level. Also “Sky Scrappers”, the collaboration with Biga Ranx, makes a serious impression, which – to the ears of a reggae dancehall fan – doesn’t go for “Underneath The Lights”. Another familiar tune, the previously released huge social commentary “Mash Down Georgetown”, which is a substantive message about the societal ills in his native home of Guyana. One of the album’s highlights! It’s followed by a very interesting “Golden Lights”, which gets better and better the more you listen to it, something that also goes for “Earth Cry”, the collaboration with Akae Beka. The ganja tune “Red Ites” is a nice, mesmerizing tune, while at the end of the album there’s the beautiful “Take Time”, earlier released as vocal cut for the “Perfect Storm Riddim”, which in 2018 was released as part of the Zion I Kings Riddim Series.

Calling “Upward Spiral” a reggae album would be a mistake as it’s far better to say it’s an urban reggae album! Anyway, no matter how it’s called, the album offers versatility and creativity from the talented Blakkamoore who sings toasts and raps so easily. To round off it’s good to know that Blakkamoore’s “Upward Spiral” album isn’t for reggae purists, but for music lovers with an open mind and ear for all kinda forms of well produced reggae music.

Conclusion An urban reggae album for music lovers with an open mind and ear.