The Upsetters – Return Of Django 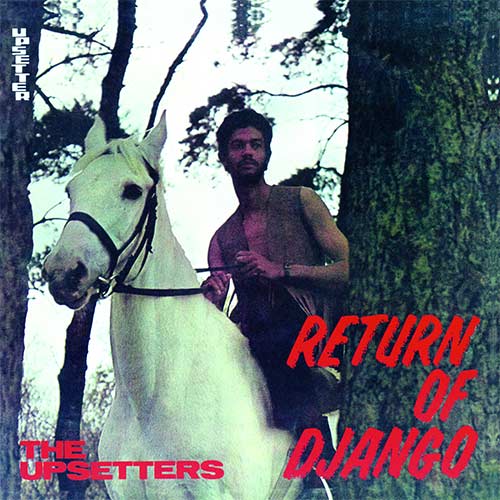 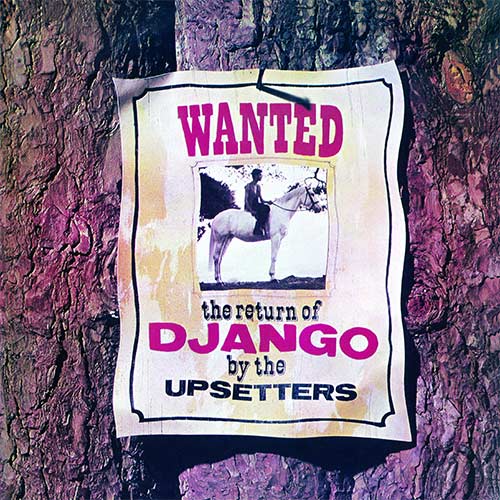 The Upsetters – Return Of Django

Rainford Hugh Perry, better known as Lee ‘Scratch’ Perry (or Pipecock Jackson, The Gong, Upsetter) is one of the most important and influential figures in the history of Jamaican popular music. Only very few other names have had such a strong appeal on a worldwide level than this engineer, producer, songwriter, entertainer, and artist. At Studio One, where his career took of, he began selling records and operating Coxsone’s sound system. Later he, and Jackie Mittoo, were employed as talent scouts and apprentice producers/arrangers. He acquired the nickname ‘Scratch’ when he cut his first record in response to the island dance craze the Chicken Scratch. After a few singles for Coxsone, he left Studio One, worked a short while for Joe Gibbs, and began his own Upsetter label.

His earnings were ploughed into the now Black Ark studio. His experiments there became in the 1970s, people started to call him a genius, while others claimed that he’s certifiably insane, a madman. However, anyone with a true interest in reggae music has to admit that he helped shape the sound of dub and made reggae music such a powerful part of the pop music world due to producing some of the most influential acts in reggae history including Bob Marley & The Wailers and the Congos to name but two.

The Dutch vinyl only (high quality vinyl pressings) reissue label has already earned respect in the reggae scene with superb vinyl reissues of classic albums. Some of their releases are Bob Andy’s 1978 album Lots Of Love And I, Duke Reid’s compilation set Moonlight Groover and Jezebel by Justin Hinds and The Dominoes. More noteworthy releases sets are Live And Direct from Aswad and Out Deh! by the late, great Gregory Isaacs.

In the late 160s, early 1970s the Upsetters, formerly known as The Hippy Boys and Gladdy’s All Stars, consisted of the Barrett brothers on drum and bass, Alva ‘Reggie’ Lewis and Ronnie Williams on guitar and Glen Adams & Winston on the keyboards. Being Perry’s house band they were responsible for the backing of a cartload of tunes. Most of those tunes were collected on albums such as Eastwood Rides Again , Return Of Django, Clint Eastwood, and Scratch The Upsetter Again .

Over the years the avid Perry fan has been treated to a notable amount of Lee Perry produced material released on cd and vinyl compilations. Unfortunately most of them could be qualified as slapdash compilations and/or featured the same tracks over and over again. Fortunately Music On Vinyl released several original Lee Perry/Upsetters albums and their current reissue is the 1969 LP Return Of Django, the title is a reference to the 1966 spaghetti western Django by Sergio Corbucci.

This set is a solid showcase for the producer Lee Perry, and the players of instruments, who lay down irresistibly danceable riffs, in a mix of reggae, funk and rhythm and blues. The twelve tracks, all of them are instrumental gems in their own way, are mostly fully dominated by upbeat organ riffs and soulful horns solo’s, and some are peppered by mysterious, spoken intros. The sound and atmosphere of this album are miles away from Lee Perry’s rootsy Black Ark sound which made him famous.

The title track Return Of Django, the second single on the Upsetter label, backed with Dollar In Teeth spent 15 weeks in the Top 50, becoming one of the best-selling Jamaican produced releases of all time. In 1973 Neville Grant charted with his vocal version of the riddim called Sick And Tired. The fine instrumental Night Doctor, featuring Ansel Collins’ livid organ scales, is the first recording on which Sly Dunbar performed. Always in for an awkward version, Perry reworked the US standard ballad Moonlight Bay by Doris Day and named it Ten To Twelve. The result is fascinating: a crazy intro with chicken sounds, soul-driven by an energetic saxophone, and bubbling keyboards. Live Injection, with its glorious organ riffs is the instrumental take on The Ravers’ Badam Bam Bedam Bam.

Eight For Eight also known as 8-For-8 is the single which launched the new label. The instrumental is probably performed by Gladdy’s All Stars. Soulful I is the moody instrumental take of the heartfelt lovers’ tune by David Isaacs, Since You Are Gone.
Man From M.I.5, the domestic security service of the United Kingdom, was the instrumental version of The West Indians song Oh Lord. Check the interaction between the organ riffs and the guitar licks! The swinging tune Medical Operation was used by a few years later by the mighty I Roy for the tune Dr. Who, a superb deejay version of the tune. 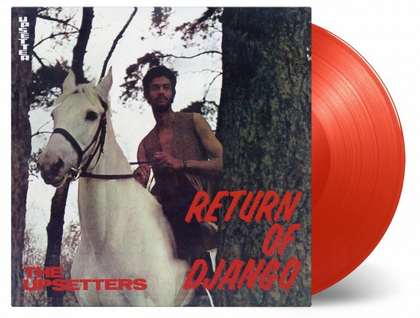 Click the image to get your copy. Coloured vinyl, 1000 copies only!