Various/Reggae Roast – Turn Up The Heat 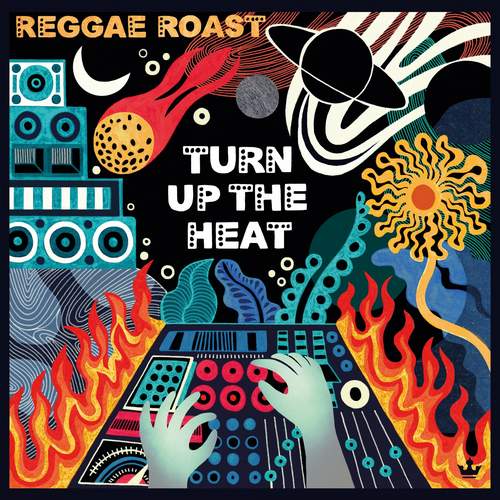 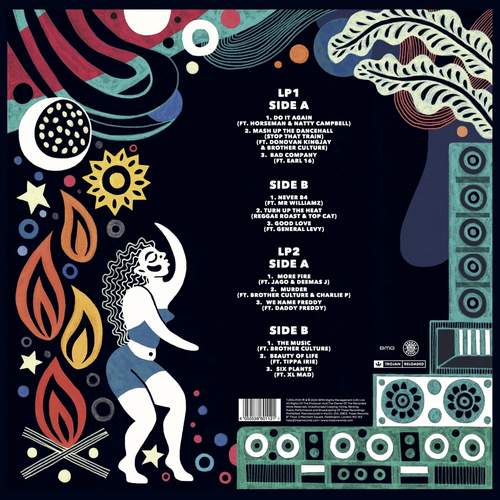 Various/Reggae Roast – Turn Up The Heat

Since they emerged on the Reggae scene, the award winning London-based soundsystem collective Reggae Roast have forged a reputation as the leading light in the resurgence of the UK Reggae / Dancehall scene bringing Reggae Music to a new younger audience. Combining the label, events and sound system they have been delivering fresh and innovative sounds, spreading the conscious message in the music far and wide. Before signing to Trojan Records’ newest imprint Trojan Reloaded in 2018, Reggae Roast ran their own imprint Reggae Roast Records for over a decade. On their label they built a formidable reputation producing and releasing quality music from some of the scenes biggest players.

Turn Up The Heat

Now Reggae Roast have released their eagerly awaited debut album for Trojan Reloaded, following a series of singles which have been released off the record. “Turn Up The Heat” features contributions from an array of UK-based artists all of whom are long time friends and collaborators of Reggae Roast. Collectively they’ve created a sound that has so much musical variation all whilst simultaneously marrying together to form a body of work and bold array of sounds all of which fuse together seamlessly.

The first bomb that drops comes from the legendary producer and veteran MC Horseman and Natty Campbell, who represents the UK’s new generation of MCs. “Do It Again” opens with the famous brass intro of The Pioneers’ “Long Shot Kick De Bucket”, which then develops into the well-known melody with the two artists breathing new life to one of the biggest classics in the Trojan catalogue. Also the next piece, the infectious “Mash Up The Dancehall (Stop That Train)”, has to do with Reggae history. It goes back to 1965 when Jamaican band The Spanishtonians (also known as the Spanish Town Skabeats) put out the Ska song “Stop That Train”, which has been covered and sampled by numerous artists including Keith & Tex, Clint Eastwood & General Saint, Don Campbell, Scotty, the Beastie Boys and Vanilla Ice. Also the slower paced “Bad Company” by Earl 16 (different from the singer’s tune from 1983) has a riddim that sounds very familiar to the ears. The man’s voice alone makes any song he comes up with worth hearing! The opening batch is rounded off by Mr. Williamz, whose entertaining “Never B4” comes across an 80s style digital Dancehall riddim.

Next the listener is treated to three tunes that revive UK Ragga from the early ’90s. Both Top Cat and General Levy came to prominence in those years, demonstrating a vitality and invention on par with their Ragga counterparts in Kingston, Jamaica. While Top Cat is the most vital and good-humoured of the two, the wicked fast-chatting General Levy is a roughhouse deejay with lots of originality and flair. Top Cat, whose delivery owes something to the similarly named Super Cat, delivers the infectious title track and boom shot “Turn Up The Heat” over a relick of the “Bam Bam” riddim. “Good Love” combines the inimitable flow from General Levy with a plethora of classic Reggae sounds juxtaposed with bold heavy beats. Next comes “More Fire” by Jago & Demus J, which is another energetic sounding piece worth hearing.

Charlie P has earned respect in the new Reggae scene and beyond because of his solo performances as well as his regular collaborations with Mungo’s Hi-Fi. The killer “Murder”, a song with lyrics to match, sees him collaborating to full effect with experienced sound system veteran Brother Culture. Jamaican Ragga vocalist and the world’s fastest rapper, Daddy Freddy, turns up the heat with the wicked and wild “We Name Freddy”. And then there’s Brother Culture’s third appearance, now with a solo cut, the real nice “The Music”. It’s followed by the solid “Beauty Of Life” by the original raggamuffin Tippa Irie. Totally different mood & vibes are created by XL Madd, whose “Six Plants” deals with the good sensi.

Conclusion This collaborative project has much musical variation and is worth hearing from beginning to end.