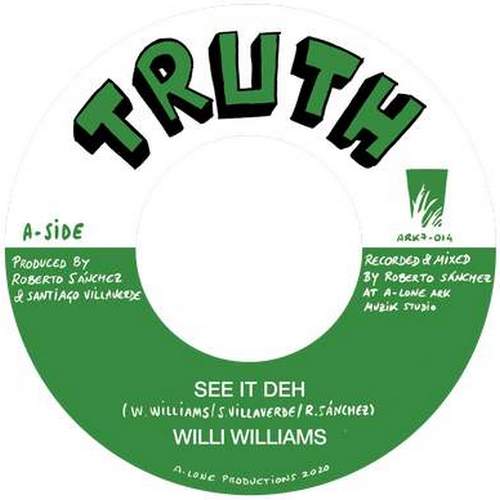 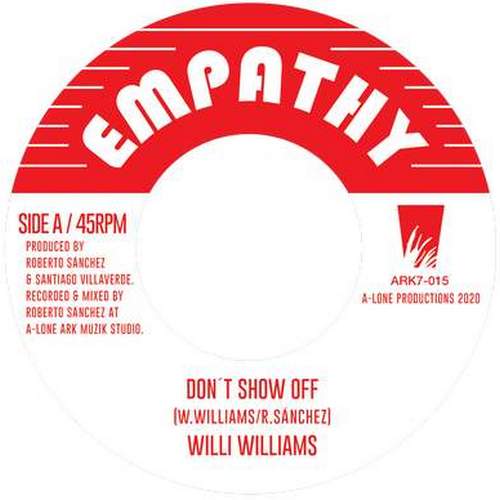 Out of the A-Lone Ark Muzik Studio comes new music, which as usual is produced, recorded and mixed by Roberto Sánchez (and co-produced by Santiago Villaverde), while the riddims are done by the always on point playing Lone Ark Riddim Force. Loyal fans of music recorded in Roberto Sánchez’s studio in Santander, Spain, as well as reggae connoisseurs are well aware of what they are offered when new singles and albums hit the streets – music of the highest quality that draws on the acclaimed values of the golden eras in Jamaica’s popular music.

The earlier this year released Irregular Roots’ “Showcase” album, is now followed by three new 7″ vinyl platters with two of them on the new A-Lone Productions sub-label called TRUTH, which has been specially designed for the Willi Williams project. The two new songs by the Studio One veteran are part of his forthcoming Showcase album with Roberto Sánchez that is due for release in September 2020. The Shanti Yalah one is under the A-Lone sub-label EMPATHY, which was first used for Clive Matthews’ 2017 released 7″ single ”Never Too Late”.

Any release of Willi Williams, one of Jamaica’s finest singers, deserves all the attention it can get. After all those years – he first recorded at Studio One in the late 1960s – the voice of the ‘Armagideon Man’ (after his 1977 roots anthem “Armagideon Time” across the “Real Rock” riddim) is still in great form. It are his conscious lyrics and unique singing that strongly appeal to all roots reggae lovers. “See It Deh” is a stellar song underpinned by a remake of the riddim Roberto Sánchez composed for Shanti Yalah´s song “Creation”, the title track of his debut album. The “Creation” riddim was recorded following the Rockers tradition. The flip side features Lone Ark Riddim Force’s “Creation In Dub Part II”, which highlights the quality of this superb group of musicians and which will only be available on this 7″ single.

The Rockers styled re-make of the original riddim has been revoiced by Spanish singer Shanti Yalah, while the riddim has also been voiced by Winston Blendah – one of the in-house deejays at A-Lone Ark Muzik Studio alongside Ranking Forrest. Shanti Yalah’s sweet voice and conscious message made all roots reggae lovers turn their eyes on him after releasing his debut album “Creation” on Nansa Records in 2017. That album, which featured the critical acclaimed singles “Humble Yourself” and “Walled Garden”, even got a dub companion, “Creation In Dub”. The efforts of both artists maintain the quality of Willi Williams’ single throughout and surely are a welcome addition.

And then there’s also a second single by Willi Williams. As already said, the original messenger man is in such great form that you get the impression that you’re back in the days when he was recording for Studio One, Yabby You or Summer Sounds in Canada. He still has that kind of tone and phrasing that makes you feel a higher level. With “Don´t Show Off” he delivers a great roots tune, worth hearing over and over again. The flipside contains a superb dub by Roberto Sánchez who also composed the “Messenger” riddim, which of course was laid by Lone Ark Riddim Force. The dub will only be available on the 7” release. On Willi Williams’ forthcoming album every vocal cut will be followed by an instrumental version with a lead musician coming to the fore on each riddim (trombone, organ or melodica).