Augustus Pablo – Blowing With The Wind 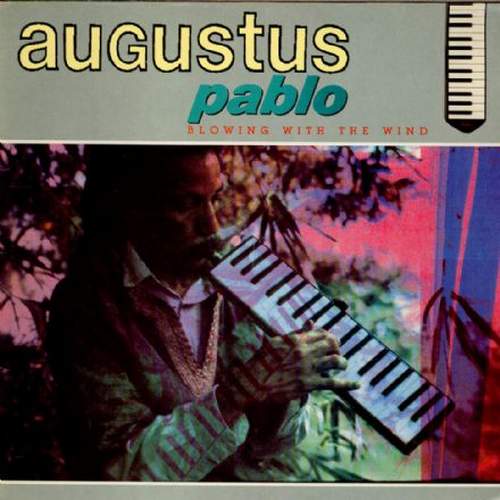 Augustus Pablo – Blowing With The Wind

(Note: Originally released on Greensleeves in 1990, “Blowing With The Wind” became Pablo’s most successful album since the ’70s.)

“This music, which is sometimes misunderstood, has been called many different names. This music is strictly spiritually orientated by inspiration received through the Most High Jah Rastafari Sellassie. It is then translated as reggae music – the music from Creation.” (Augustus Pablo)

This is sophisticated music, spiritual music, yet it does not have the same elemental bass heavy/snare -rimshot force of Pablo’s early Rockers’ 12″. This is a far more restrained affair. Pablo’s later albums tend to be overlooked by his followers, but the best compositions here prove how insightful his music still was, even when his illness was rumoured to effect his playing. Some of the cold digital compositions featured here certainly sound as if they influenced early UK roots artists such as The Disciples, Dread and Fred and Alpha and Omega.

There is deep mysticism and ego-lessness in Pablo’s compositions – check out the power of tracks like “This Song”. It features the reflective vocals of Augustus himself, chanting lyrics which emphasise detachment from the worldly and the mundane in favour of a spiritual stoicism.

“Drums To The King” features a lonely melodica chant interspersed with Earl ‘Chinna’ Smith’s acoustic guitar and binghi drums. It sounds similar to the wintry sounds of “This Assembly” on Singers and Players’ “Staggering Heights” album, whilst the opening track, “Ancient Harmonies”, is joyfully unrestrained.

“Blowing With The Wind” captures Pablo and Chinna in introspective mood before Augustus Pablo was debilitated further by a degenerative disease which sadly led to his untimely death in 1999. In places, it is a deeply satisfying and contemplative record. Its finest moments should not be under-valued.

Conclusion "Blowing In The Wind" is Augustus Pablo’s most successful album since the '70s.