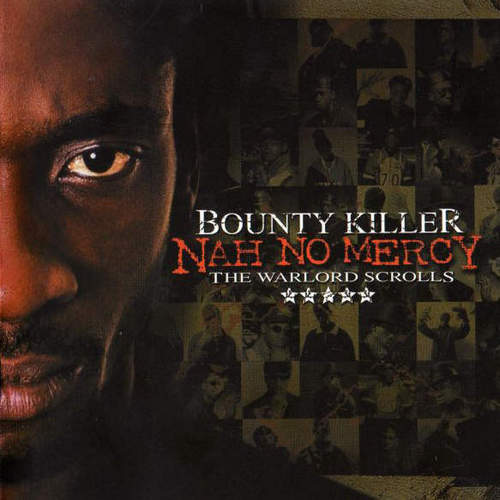 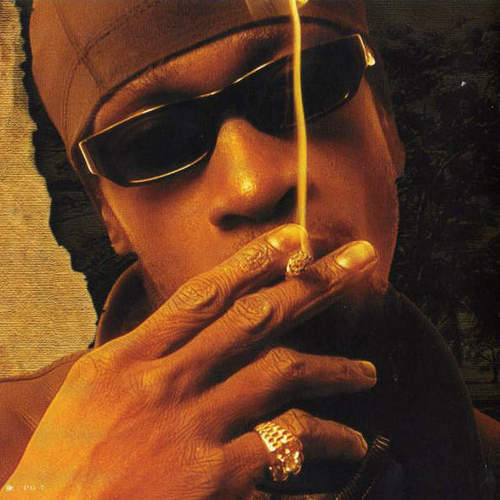 On May 23, 2020, Bounty Killer and Beenie Man created history when they agreed to clash each other live on Instagram via the Verzuz platform. Never in the lifetime of Verzuz had 500K people tune in to see two artists musically battle each other, and never had two artists done a battle together in the same venue. Beenie Man and Bounty Killer did that. We’ve gone into are reviews archive to (re)present one of Bounty Killer’s best albums.

Bounty Killer was probably one of the most popular Dancehall stars of the ’90s, a street-wise rude boy with an unrepentant and seemingly natural flair for gun talk. Bounty had many other angles to his music – condemnations for corrupt authority, odes to his mother, hip-hop crossovers and an ongoing rivalry with Beenie Man – but most people will know Bounty for his most dominant persona ‘The Warlord’ and therefore associate him with his more violent work. Bounty made his name in Jamaica in the early ’90s and by the end of the decade he was working mainly in the hip-hop crossover area; regardless, he maintained his rough cut Dancehall edge.

Born Rodney Price in the Trenchtown area of Kingston in June of 1972, Bounty spent much of his childhood hanging around in another ghetto, Riverton, before his family moved to the rough Seaview Gardens neighbourhood, this was to be where he would hear the music that would shape him into the man he was to become later on in life. His father owned a small sound system, and Bounty first attempted to deejay when he was only nine years old. At the age of 14, he nearly fell victim to the gun violence he would later go on to speak about in great detail in his music.

Thankfully, he made a full recovery, and soon began performing under the name Bounty Hunter for local area sound systems such as Bodyguard and Stereo Two. He also hung around King Jammy’s recording studio, hoping to be discovered. Eventually, he met Jammy’s brother Uncle T, who ended up producing Bounty’s first recordings in 1990. After his first big hit “Dub Fi Dub” took over the dancehalls, Price changed his name to the more violent sounding Bounty Killer, and with the name change also came a more confrontational tone to his lyrics. Over the next 15 years the ‘5 Star General’ racked up hit upon hit, cementing his name as one of the most prolific and talented Dancehall artists, inspiring many who came after him.

Bounty Killer presents his first ever ‘greatest hits’ set titled “Nah No Mercy (The Warlord Scrolls)”. Over the course of his 15 plus year career Rodney Price aka Bounty Killer has established himself as a true original and has reigned as Jamaica’s most influential lyricist. This compilation includes Bounty’s biggest hits, which tell the story of one of dancehall’s most influential deejays. Over the course of the set we are treated to hits dating as far back as 1991, with tunes such as “Coppershot” and the anti-informant “Spy Fi Die”. Other songs from this era include “New Gun” and “Lodge”, many of these appeared on Bounty Killer’s debut album “Jamaica’s Most Wanted”, which was released in 1993.

In 1994, with the Jamaican government starting to crack down on violent lyrics in artists live performances, Bounty killer began to broaden his subject matter into streetwise social commentary, most notably on the perceptive drug-trade chronicle “Down In The Ghetto”. That song became the title track of his next album, released in early 1995. Other hits to be found from the time are the hip-hop flavoured chart topper “Cellular Phone”, “Smoke the Herb”, the anti-censorship “Not Another Word” (a personal favourite) and the maternal tribute “Miss Ivy Last Son”.

Surprising is the absence of the high quality duet with Sanchez called “Searching” as this was a smash hit of the time, but this does leave room for further ‘greatest hits’ discs in the future. The two-disc set also makes room for more recent hits including the Lenky built smash “Sufferah” across the “Diwali” riddim featuring vocals by Wayne Marshall and “Dem Deh” over the “Step Out” riddim. Other guests shots come from the likes of Pinchers on the hit “Twenty One”, Ninja Man on “Bwoy Nuh Run” and fellow Alliance member Angel Doolas on “Fitness”. The incredible two-disc set closes with the legendary Billboard sound, King Addies and their “Multi Mega Death Mix”, a true listening pleasure for those well acquainted with their sound. Overall, the double disc set gives us (most) of the best that Bounty Killer has delivered over the past 15 or so years, and is well worth a place in any casual or (due to the inclusion of some rare hits) hard-core Dancehall fans collection.

Conclusion Worth a place in any casual or (due to the inclusion of some rare hits) hard-core Dancehall fans collection!