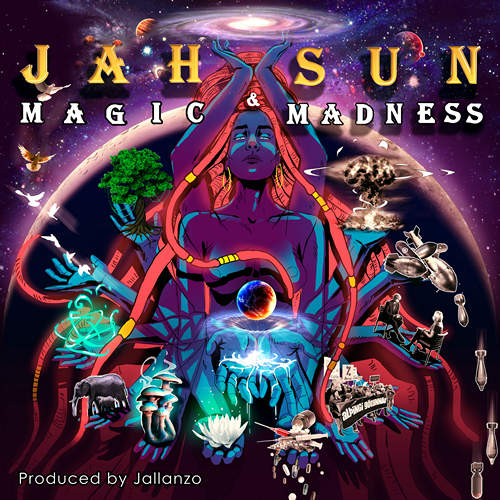 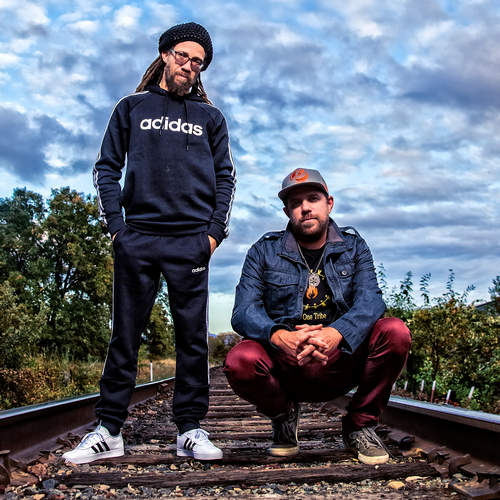 In 2006, West Coast artist Jah Sun released his debut album titled “Height of Light”, featuring many of reggae’s top recording artists such as Luciano, Junior Reid, Lutan Fyah and Yami Bolo. The album featured a variety of musical styles that ranged from fierce hip-hop explosions, to melodic ballads, to rootsy anthems. It was followed by the artist’s sophomore album “Stronger” in 2010. Then, in early 2012, he released his breakout album “Battle The Dragon”, again featuring a host of reggae superstars such as Peetah Morgan, Alborosie, Stevie Culture, Perfect, J-Boog and Gentleman. The following years more albums followed including “Rise As One” (2013), New Paradigm (2015), and Between The Lines (2017). And now there’s Jah Sun’s seventh full length album, “Magic & Madness”, that undoubtedly will please his fans and even might extend his existing fanbase.

For this new 9-track album, Jah Sun collaborated with Dubtonic Kru’s Omar “Jallanzo” Johnson who produced, composed, arranged and mixed all of the music in addition to playing most of the instruments on “Magic & Madness”. Jallanzo has successfully brought out some of the best songwriting and has introduced a new sound from the artist. Jah Sun displays a style on this set not yet heard on his previous albums. The lyrics are still conscious and positive but expressed in a more poetic way as well as being more melodic than the earlier ‘rap/singjay’ style. The songs have a personal touch and timeless feel to them, which came about from recording in a more relaxed intimate atmosphere at his home studio instead of recording in ‘big’ studios with high end equipment, where most of his past albums were recorded.

The first bit of music to come on the album is the outstanding “Hold A Vibe”, which is candy to the ears. It has everything the avid reggae fan is always looking for – a distinctive vocal delivery, conscious lyrics, a great fresh riddim, and an awesome dubbed up ending. What a great way to start off, although it might raise expectations too high which can lead to disappointment in the end. No sign of this at all when “Tomorrow” drops in. Next comes the stellar “Tomorrow”, which is in the same vein as the opening track and fully matches its predecessor. These two tracks alone make this album worth purchasing! Both “Wasted Time” and the feel-good “Sunshine” have a totally different, more relaxed mood as these are ballads that more or less fuse the sound of reggae and country music. With the decent “Law Of Attraction”, Jah Sun returns to reggae territory. Then “Ancient Soul”, although it has to grown on you, leaves a better impression. However, it’s not until the strong “Suffering In Silence” comes in that the excitement of the album’s first two tracks is back again. Luckily, the two dubbed up versions, and in particular the heavyweight “Tomorrow Dub” (play it loud!!), maintain that feel of excitement.

Conclusion "Magic & Madness" features elements of roots reggae, dub, and fusion, and thus offers something for everyone.