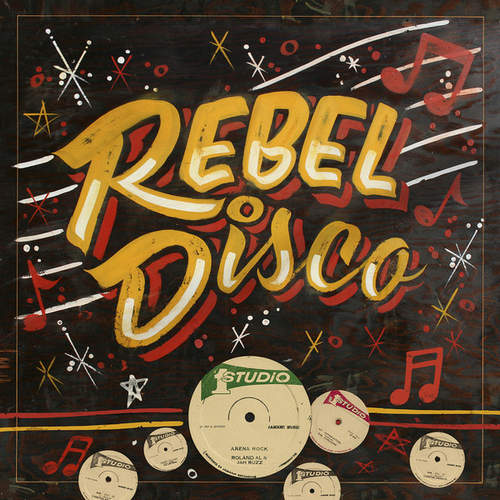 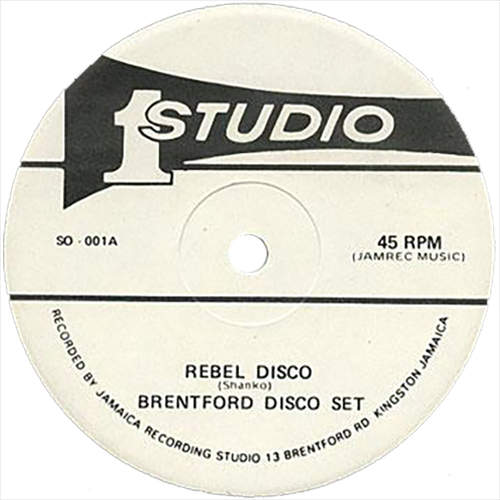 A discomix is an extended reggae 12inch single that typically features the vocal track followed by a dub version or a deejay version on the same riddim track. The inspiration for discomixes came from the disco music in the US where some songs where released on 12inch vinyls with longer grooves making – something that was very appreciated by the deejays. In Jamaica the first discomixes (often refered to simply as discos) where released in 1976.

It is disputed which specific release was the first, but there are a selected few that are commonly regarded to be the first; The Jays’ “Truly” (Channel One) and “Train To Zion” by Linval Thompson & U Brown (Socialist Roots). UK reggae labels switched to the format in the late ’70s, most notably Greensleeves Records with their extremely popular Disco 45 series. The popularity of the format with its extended bass range led to Black Echoes magazine (later Echoes) publishing a weekly ‘Reggae Disco Chart’.

First track is the previously unreleased “Arena Rock” by Roland Alphonso & Jah Buzz. This version combines Roland Alphonso & The Soul Vendors’ big instrumental “Death In The Arena” with one of Jah Buzz’s cuts on the riddim “Love In The Arena” – the other one being “Automatic Clapping”. Although the riddim – a reggae adaptation of NY session drummer Bernard Purdie’s “Funky Donkey” – is widely known as “Death In The Arena”, the original cut is “Whipping The Prince” by the Soul Vendors. The record actually features Alton Ellis talking over the riddim, saying rather less than complementary things about Prince Buster. “Death In The Arena”, featuring Roland Alphonso’s beautiful saxophone solo, was the next cut of the riddim, and is basically “Whipping The Prince” without the chat. This discomix includes a snare drum overdub in the style of Sly Dunbar.

Vocal trio The Heptones, consisting of Leroy Sibbles, Barrington Llewelyn, Earl Morgan, were the top reggae group at Studio One. They recorded countless hits for the label such as “Fatty Fatty”, “Tripe Girl”, “Pretty Looks Isn’t All”, “Party Time”, “I Hold The Handle”, “Heptones Gonna Fight”, and the delightful version of Sam Cooke’s “Only Sixteen”. Leroy Sibbles, one of Jamaica’s most distinctive voices and a fine bass player as well, was a major element in the Studio One sound and his basslines helped propel many of the classic Studio One riddims that continue to be relicked to this day. Included here are two gorgeous discomixes, “Sweet Talking” and “Equal Rights” featuring Jah Buzz, both previously featured as bonus tracks on the double vinyl LP compilation “Sweet Talking” – released in 2007 by Heartbeat.

In the early ’80s, Coxsone Dodd released a discomix of Nana McLean’s reworking of the Everly Brothers’ “(Till) I Kissed You” with on the flipside Captain Sinbad’s “Sister Maracle” aka “Sister Miracle” on the “Bobby Bobylon/Hi Fashion” riddim. Nana McLean actually made her debut recording session at Studio One in 1977, after which “(Till) I Kissed You” was put out on 7″ single. It announced the songstress’ arrival on the scene and showcased her characteristic style. Although one may like or dislike her vocal presentation, it’s the riddim’s mesmerizing drum & bass that makes this track worth hearing more than once.

Winston Francis’ great Soul tinged Rocksteady piece “Mr. Fix It” was originally released on 7″ single in 1968. in the late ’70s the discomix of this great song backed by Sound Dimension appeared on the B-Side of The Heptones’ “Sweet Talking”. The song has been covered by several artists including Sugar Minott, Freddie McGregor, Max Romeo, and Dennis Brown.

Besides his work with The Paragons, Rocksteady was a great time for John Holt. Both as the lead singer of The Paragons and as a solo artist he was responsible for many monster hits including “Happy Go Lucky Girl”, “Only A Smile”, “My Best Girl”, “The Tide Is High”, “Wear You To The Ball” and “Ali Baba” for Duke Reid’s Treasure Isle label. His biggest hit for Studio One has to be “A Love I Can Feel”. Here he’s present with the discomix of “My Satisfaction” aka “Satisfaction”, which was released as 7″ single and appeared on the 1971 released John Holt album “The Paragons & Friends”. The riddim of this excellent song was later relicked for Culture’s “Zion Gate”.

Born Paul Sinclair at the Victoria Jubilee Hospital in Kingston, Jim Brown aka Jim Nastic started to hone his skills as a deejay at local sound systems. He was known at that time as Jah Paul the Marshall for his cultural style. He often used Studio One riddims noticing how well the crowd would respond. While waiting for his chance to record for Coxsone Dodd, he decided to change his name to Jim Brown, the movie star in Four The Hard Way. “Love In The Dance” became Brown’s first release for the Studio One label. His tune “Cure For The Fever”, recorded by Earl Cousins, had started out in the earlier dances as a toast over the riddim of Horace Andy’s “Fever”. The discomix of the now topical “Cure For The Fever” came out in 1986 with The Gladiators’ “Pretending” on the B-Side. (On the master tape the 12” version of “Cure For Fever” was followed by two mixes of a song, also on the “Fever” riddim, by Johnny Osbourne and Jennifer Lara (still unreleased) as well as two dub mixes.)

The last track on this compilation, “Rebel Disco” by Tommy McCook & The Brentford Disco Set, is a rare and overlooked Studio One stomper from the early ’80s. The discomix of this great instrumental piece was previously featured as an additional track on the double vinyl LP version of Heartbeat’s remastered and expanded cmpilation of killer instrumentals from Studio One titled “Downbeat The Ruler”.