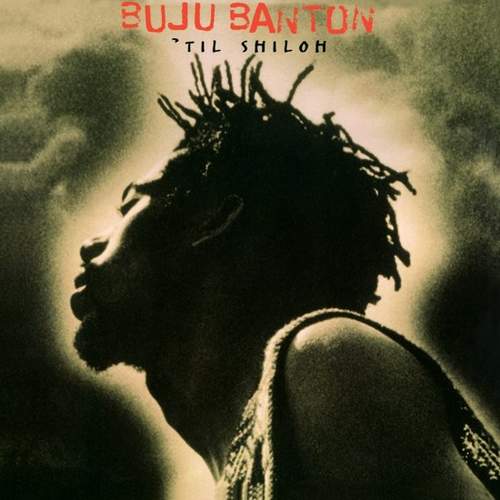 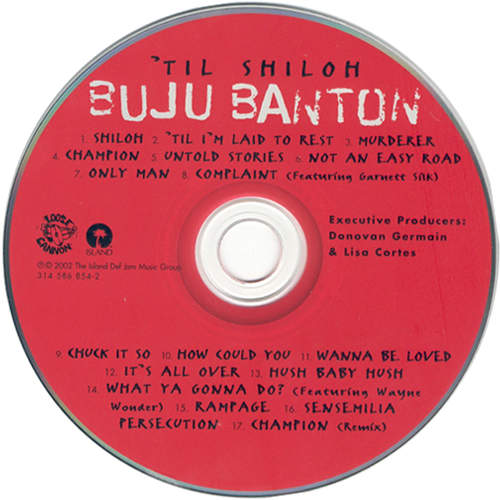 25 years ago Loose Cannon, a short-lived subsidiary of Island Records, released the fourth album by Jamaican dancehall artist Buju Banton entitled “‘Til Shiloh”. The album marked a turn towards a more serious path as many of the songs explored Buju Banton’s then newfound faith in the Rastafari movement. It actually was a transition from his rude-bwoy style to a more roots-oriented fashion.

This excellent set, with almost every song being very good, draws on the widest variety of musical styles, all of them reggae except for the track “Only Man”, which is on the Dave Kelly produced hardcore “Arab Attack” riddim. Another point of interest here is the adaptation by the dreadlocked artist of the singjay style, where he goes from his gruff deejay style into an uncanny Marley-like vocal style that is truly remarkable.

The 18 seconds lasting intro “Shiloh”, is followed by the reflective cultural gem “‘Till I’m Laid To Rest” in which Buju Banton is backed by only conga drums and a sample of an African choir. Later on the wondrous “Untold Stories” (bringing to mind Bob Marley’s “Redemption Song”) has Nyahbingi drumming providing the riddim and Glen Browne’s acoustic guitar picking providing the melody. Who would have thought with all the digital innovations of the previous ten years such a simple mix could sound so fresh.

However, the old Buju Banton is here too with the hit singles “Champion” (present in two mixes), the love paean “Only Man”, and the sobering “Murderer”, a song inspired by the violent deaths of two friends, Pan Head and Dirtsman. The surprisingly flexible artist puts forward a great performance on the huge “Not An Easy Road”, where he waxes philosophical, while on “Wanna Be Loved” he actually sings. The always winning combination with Wayne Wonder is also present here, now with the lovers piece “What Ya Gonna Do?” over the relicked “Swing Easy” riddim. A collaboration version of Garnet Silk’s “Complaint” (produced by Bobby Digital), adds more depth to Buju Banton’s depth charge and continues the conscious mood of an album that is clearly the product of much time and thought.

(In 2002 the cd was re-released in the US with the addition of two tracks: “Rampage” and “Sensemilia Persecution”. The vinyl LP was reissued several times,  most recently – in 2020 – by VP Records)