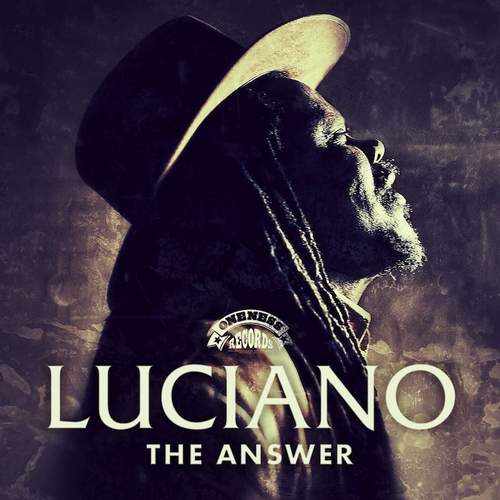 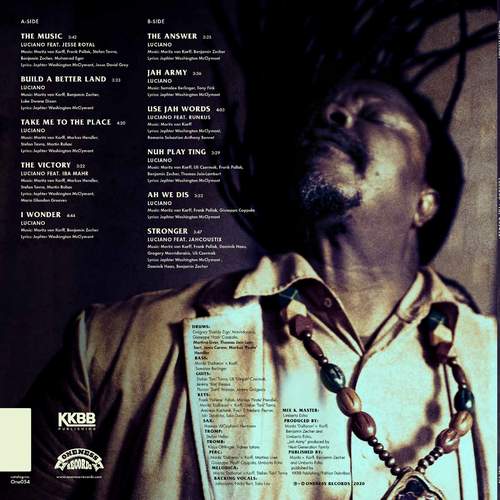 A Jamaican singer who is definitely no rookie when it comes to creating timeless material is the one they call ‘The Messenjah’, the great Jepther McClymont OD who’s popular known as Luciano. He’s an artist who has a staggering amount of album releases to his name. Since he emerged in the mid-’90s as part of a new generation of singers with a cultural perspective, he has made tunes which have no date of expiration and are to be regarded as the very best that the entire genre of reggae music has ever produced – and many of them have ended up on albums, wonderfully.

With the exception of “Weapons Of War” across the “Soul Riddim”, Luciano’s brand new 11-track album – with production from Oneness’s Moritz v. Korff and Benjamin Zecher, and mixing/mastering by Umberto Echo – includes the cuts he recorded for the first three above mentioned riddim projects; “The Music” feat. Jesse Royal, “Nuh Play Ting”, and “Build A Better Land”. Furthermore there’s “Jah Army” across the “Raspect Riddim” and “Stronger”, the collaboration with German singer Jahcoustix which was featured on the latter’s 2019 released “Reunion” album. And, of course, also included here are the previously released four singles (“The Answer”, and the collaborations “The Victory” and The Music”, and “Use Jah Words”), which were released as a foretaste of what to expect from the album. All this implies that this album contains three exclusive tracks.

Lyrically the album contains a wealth of dignified yet searing messages – discussing faith, the system, racism, emancipation, personal and spiritual growth, the need for humanity and unity, and society’s challenges more broadly. When it comes to the already known tunes, the strongest impression are left by the huge “Build A Better Land” from 2014, the dub-soul hybrid “The Answer”, the stellar “Jah Army”, the superb “Stronger” with Jahcoustix, the downright devastating message tune “Nuh Play Ting”, and the brooding and cautious “Use Jah Words” – originally a solo effort, but now a combination tune with Runkus. Of the not before heard tunes, it are in particular “Take Me To The Place” and the beautiful “I Wonder” that are amongst the biggest winners on this album.

Cultural artists who just like Luciano emerged and broke through in a big way in the mid-’90s, didn’t manage to maintain the high standard they set with their first album releases which sometimes led to the release of disappointing, lacklustre albums. This also happened to Luciano in the past, although at 75% he’s considerably better than most of his peers at 100%. i’s obvious he has established a certain level of quality which he seems incapable of dipping beneath. Anyway, the Messenjah’s brand new album via the wonderful people at Oneness Records is a first rate production that goes into real heights with the singer’s distinctive vocal style shining bright as usual.

Conclusion A first rate production that goes into real heights.