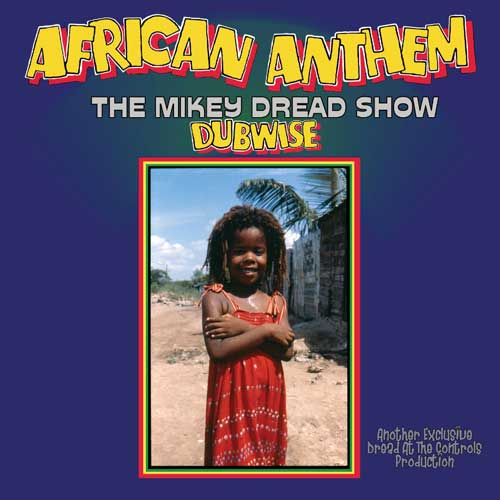 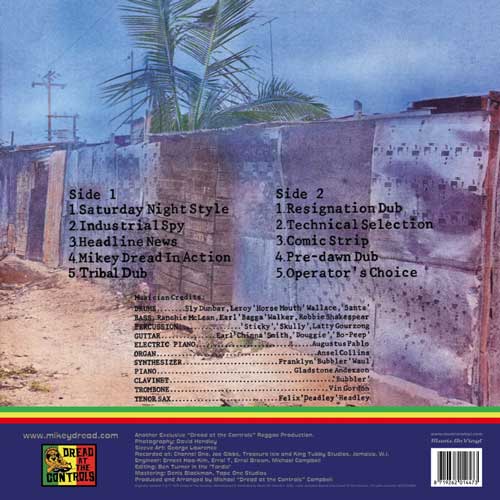 Anyone who doesn’t know this famous radio-show jingle is not a true reggae fan. Michael Campbell was an exceptional and consistently fascinating figure in reggae music, by many of his fans probably better known as Mikey Dread. This Port Antonio born rastaman delivered his earliest contribution to the reggae business towards the end of the seventies when he started to host his popular four-hour radio show Dread At The Controls on JBC, Jamaican Broadcasting Corporation. It was the first reggae radio show on the Island and the rootsiest Jamaica had ever heard! Mikey became a massive hero in Jamaica and his success enabled him to record some impressive tunes for Lee Perry and Sonia Pottinger.

After the JBC bosses and the island’s establishment figures had forced him to resign from his program in 1979 he turned his full attention to recording and launched his own D.A.T.C. label. With fresh-sounding production work, Mikey Dread became part of a group of young and talented producers who made their mark in the late seventies. He produced himself as a deejay, as well as hard roots singers like Rod Taylor, Edi Fitzroy, Earl 16, and Junior Murvin, to name a few. The dub sides and version sides made people buying the records also for their dubs, and that hadn’t happened since King Tubby’s heydays with Bunny Lee a couple of years previously.

He also toured with The Clash and even produced some of their songs. In the 1990s he toured all over the world, provided vocals with the reggae collective Singers And Players on Adrian Sherwood’s On-U Sound record label, produced dub tracks for UB40, and was involved in many other projects. Late in 2007, he said he was being treated for a brain tumor, several months later -15 March 2008- he passed away.

The album African Anthem Dubwise was his debut album, released in 1979. It’s been re-released several times, that last time in 2005 as CD. Music On Vinyl puts out a limited numbered edition of 1000 copies on transparent blue coloured vinyl. The Dutch vinyl only (high quality 180g LP’s and 7# pressings) reissue label has already earned respect in the reggae scene with superb vinyl reissues of classic albums. Check out Bob Andy’s 1978 album Lots Of Love And I, The Uniques rocksteady album Absolutely The Uniques!, Gregory Isaacs Out Deh!, Bunny’s 1976 set Sings The Wailers and Ini Kamoze’s stunning debut set Ini Kamoze. Further interesting sets are Lee Perry’s Scratch The Upsetter Again and The Skatalite! by The Skatalites.

The 10 track album is a fascinating sound mixture of reggae, dub, sound fx, and creativity, helped by the craftsmanship of the musicians involved. Check it out: drummies Sly Dunbar, Santa Davis, and Horsemouth, bassies Robbie Shakespeare, Bagga Walker, and Ranchie McLean, guitar players Earl ‘Chinna’ Smith, Bo Pee, Douggie, and keys played by Augustus Pablo, Gladdy and Ansel Collins. The inclusion of the radio-show jingles/spoken intros adds a special flavor to this wicked album. The drum and bass adventures are interjected with creepy horror sounds, snippets of chicken calls, church bells, bird and goat noises, and whatever that comes in his mind. It reminds us of the African Dub albums from Joe Gibbs.

It’s useless to point out highlights. Every track is a winner in its own way. The riddim of the opening track Saturday Night Style is also used for the awesome roots killer tune by Rod Taylor, Behold Him. Mikey also used it for his own tune Step by Step. Then there’s Headline News. The backdrop of this tune can also be enjoyed when listening to Edi Fitzroy’s Country Man, a more than solid single from 1978. Side B opens with Resignation Dub, an addictive horns driven riddim, made famous by Rod Taylor with his song His Imperial Majesty in 1978. Pre-dawn Dub uses a 1974 riddim from producer Carlton Patterson. He founded the Black & White label in 1973 with Leroy Smith in 1973. They had a huge with the song Not Responsible and Mikey turns the riddim into a horror house of sounds! 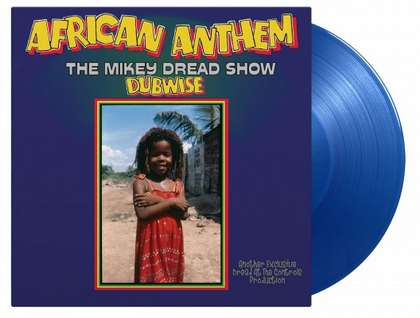 Conclusion Not to be missed re-issue!