Pura Vida – Praying For The Angels 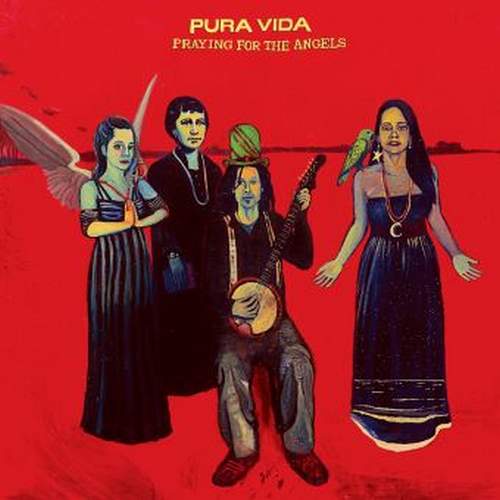 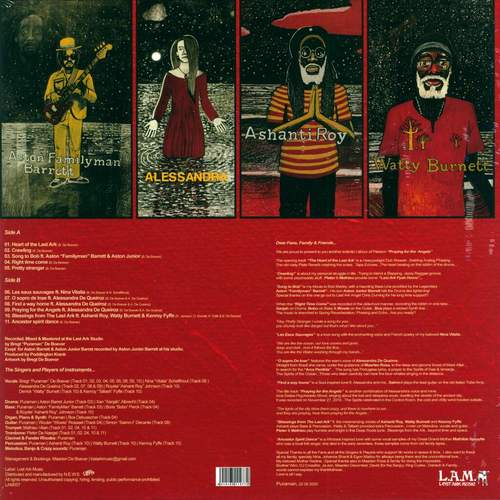 Pura Vida – Praying For The Angels

Pura Vida Broaden The Range With Some Aplomb

Compliments to Belgium’s brightest and best – the Pura Vida crew – on the issuance of their new “Praying for the Angels” album, comprised of 13 cracking tracks to take listeners on a mesmerising musical odyssey.

Opening with “Heart of the Last Ark”, this dynamic dub instrumental track enables an array of sound effects that would surely please their close associate and inspiration – the supreme arkologist himself – Lee ‘Scratch’ Perry. “Crawling” then fuses a tight rhythm to some brilliant brass (from Pieter de Naegel and Mathieu Vilain), whilst Puraman’s voice displays a rarely heard depth, before “Song to Bob” kicks in, with a sweet sound that wouldn’t be out of place on any of the maestro’s own compilations. The link is also reflected in Aston ‘Familyman’ Barrett’s bass playing, whilst Barrett’s offspring or ‘Junior’ delivers delightfully on drums on this track.

Thereafter, the one time take “Right Time Come” shuffles forward via the ‘old school’ style, inna breezy bouncy fashion with Bobo on bass and Wowie on lead, allowing Bos Debusscher to (characteristically) excel on synthesiser, whilst Xan Albrecht’s vivacious and varied drumming does the necessary, before ‘Pretty Stranger’ changes both the pace and the mood, as Puraman runs Bob Dylan close with a well-voiced and spiritually soulful bluesy song. “Les Eaux Sauvages” then neatly mixes some sweet percussive patterns with the vocals of Nina ‘Vitalia’ Schelfthout – whose input lends a sweeter and softer side to the proceedings. Following up, “O Sopro De Inae” enables the Brazil’s Allesandra to showcase her considerable vocal talents, again set to some swell bongos, as Pura Vida confirm their own considerable ability to switch genres with consummate ease and considerable accomplishment.

The album’s title track “Praying for the Angels” then allows Allesandra to continue on vocals with Puraman, in a delivery that wouldn’t be out of place as the soundtrack to a James Bond type movie. Its haunting sound and sometimes high-pitched hints of a flute wielding Jethro Tull nature, send the sounds spiralling to celestial heights. Similar sensations, set to a more Nyahbinghi-nuanced influence then emerge, as long-time Pura Vida associate, Congo Ashanti Roy leads the vocal charge – with fellow-Congos’ Watty Burnett and Kenroy Fyffe in tow – as Puraman decorates the tune with some mesmerising melodica inputs, against a lively bongo beat, for one of the album’s strongest songs – in the aptly titled “Blessing from the Last Ark”. The afrobeat inspired “Ancestor Spirit Dance” track further reflects the band’s all-round musical competence, before the set’s pacey penultimate track “Tropical Storm” gives way to “Learn to let Go” – a track that evokes memories of Lee Marvin’s earthy vocal take on the classic “Wand’rin’ Star”.

Listen to the album

Conclusion This is yet another highly competent album from Pura Vida.