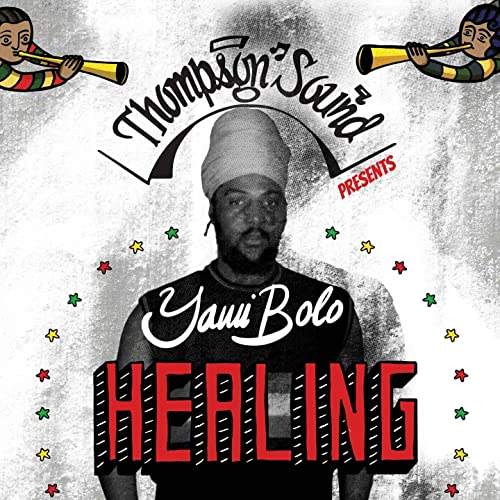 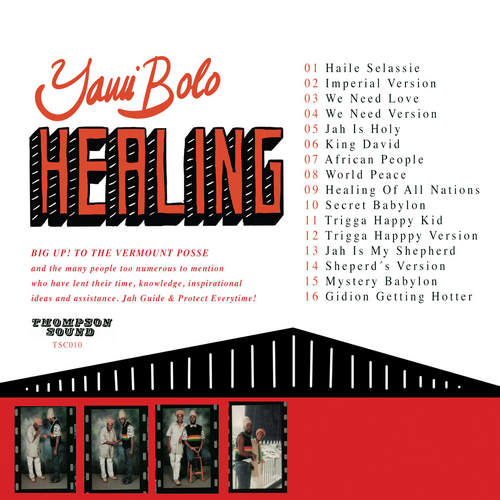 Released in 2001 by US reggae label Roots Foundation under the title “Healing Of The Nation”, this Yami Bolo album is now reissued on producer Linval Thompson’s Thompson Sound imprint and distributed by Baco Records. In 2000, Yami Bolo and Linval Thompson teamed up to record what happens to be, what we would like to call, a ‘modern vintage’ album.

Roots singer Yami Bolo (born Rolando Ephraim McLean, 1970, Kingston JA) started his musical career as a youngster with Sugar Minott and his Youth Promotion organisation, before he cut his first album “Ransom” for singer/producer Junior Delgado in 1989. Performing cultural reggae and getting it out worldwide has always been Yami Bolo’s main goal and he has continued to do so up till now. Yami Bolo’s vocal delivery can be typified as Waterhouse style, also utilized by singers like for example Junior Reid, Don Carlos and Michael Rose.

Singer/producer Linval Thompson started his career in the mid-’70s recording for such ace producers like Phil Pratt, Bunny “Striker” Lee and Lee “Scratch Perry”. He took an active role in production and became one of Henry “Junjo” Lawes strongest rivals at the beginning of the ’80s, producing highly popular albums with The Wailing Souls, Freddie McGregor, The Viceroys, Barrington Levy and Johnny Osbourne. As a fine singer in his own right he released several singles and albums, among them two splendid albums (“Look How Me Sexy” and “Baby Father”) on the Greensleeves label. Both his activities, singing and producing, decreased in the second half of the ’80s. However, at the end of the ’90s he returned to producing with Yami Bolo’s “Healing Of All Nations” being his first album production for the new millenium.

Yami Bolo largely benefits from the production style and touch of Linval Thompson and the strength of the tough classic dancehall riddims laid by the Roots Radics during their heydays. Because that’s what it is all about… Linval Thompson has taken the original riddim tracks from way back in the ’80s, invited Yami Bolo to Black Scorpio Studios and voiced new tunes for the riddims. The final result is a striking one. The vintage riddims sound as fresh and strong as they did then. Vocally and lyrically Yami Bolo is at his very best and every track is a real enjoyable piece to listen to as there’s no filler to be found.

Sometimes it is like walking down memory lane, although the songs are brand new. Besides the fact that “Healing” is one of Yami Bolo’s best albums to date, this is also a perfect album for all riddim spotters out there. Yami Bolo sings his “Haile Selassie” over Freddie McGregor’s “Peaceful Man” riddim, while “Secret Babylon” is delivered over Freddie McGregor’s much loved and classic “Big Ship” riddim. Furthermore Linval Thompson’s crucial “Six Babylon” riddim is utilized for the title track “Healing Of All Nations”. But there is more… much more. However, one has to track down the originals cuts to the riddim tracks by himself. So, if you haven’t got the 2001 released album in your collection, then it’s time to purchase this great ‘modern vintage’ album. Pretty sure you’ll fulljoy the spinning and spotting!

Conclusion This is a great 'modern vintage' album!