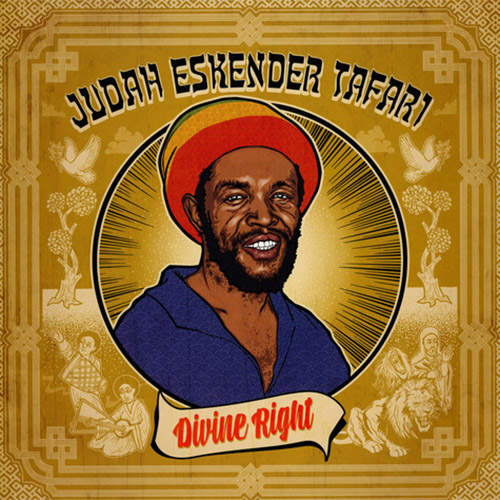 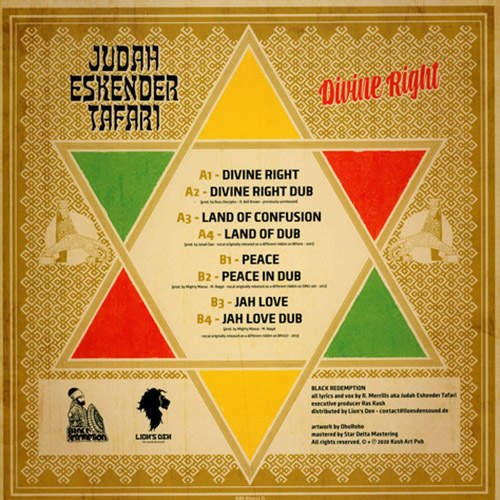 For his most devoted fans, one of the most underrated Jamaican artists Ronald Merrills, better known as Judah Eskender Tafari, is without a doubt worthy of the titles ‘reggae legend’ and ‘reggae superstar’. The multi-talented Judah Eskender Tafari, who sadly passed away in June, first learned to play guitar as a youth in Jamaica, later singing back up and arranging harmonies for other artists before he moved onto creating his own musical projects. After he became involved with the Twelve Tribes of Israel Organization in 1976, he got inspired to write more meaningful songs with powerful messages that in many ways captivated audiences.

In 1978, fellow musicians and Twelve Tribes members Bagga Walker and Pablove Black who also happened to be bass player and keyboardist for Studio One at that time, introduced him to Studio One producer Coxone Dodd. Judah Eskender Tafari recorded about eighteen songs in approximately a two year period from 1978 to 1980, of which six classic songs were released: including his first single “Jah Light”, “Rastafari Tell You”, “Always Trying”, “Conquer Me”, “Danger In Your Eyes” and a 12’ titled “Just Another Day”. However, his album to follow titled “African Blood” was never released.

More recently Judah has recorded and released music through the Twelve Tribes of Israel and with some of the current roots and dubwise producers throughout Europe and the US. Of those recent releases a string of hits appearing off the Black Redemption label created a renewed interest in Judah Eskender Tafari as a recording artist and for live performances.

Not long after Judah Eskender Tafari’s death and in loving memory of the artist, Ras Kush and the Black Redemption label have released a special project of two seperate vinyl LPs that has been a long time in the making. Both LPs are so-called ‘Showcase’ albums – a format in which the vocals are followed directly by their dub versions. The first LP, titled “Divine Right”, features the production work of UK heavyweights Russ D (The Disciples) (A1+A2), and Jonah Dan (A3+A4), and also Mighty Massa, dubbed the Japanese godfather of dub/soundsystem music.

The opener, the previously unreleased “Divine Right”, instantly sets the tone as this track is roots reggae of the highest order. It’s a gorgeous song with Judah Eskender Tafari singing and sounding better than ever and also lyrically he delivers what could be expected from this great songwriter. Also the dub is handled by the mighty Russ D, who has done a great job as “Divine Right Dub” is simply a joy to listen to. And then there are the contributions of Jonah Dan, who just like Russ D has earned his credentials in the UK Roots and Dub scene. “Land Of Confusion” is no brand new song. It originally came out on a different riddim on the B-side of a Black Redemption released 10″ single in 2007, and then re-appeared in 2011 as a remix by Ticklah. Jonah Dan has given new life to this crucial song, making it – together with “Land Of Dub” – a tailor-made tune for sound system play.

The tracks on the B-side, “Peace” and Jah Love”, were previously released in 2012 and 2013 respectively, although then underpinned by a different riddim. For this project they’ve been laid in the capable hands of Mighty Massa, who in the past 25 years has produced quite a number of albums and singles including works with artists like Johnny Osbourne, Horace Andy, Omar Perry, Fred Locks, and Robert Lee. His works on the other side of this vinyl platter give a good indication of why his releases are always an awaited happening. The vocal cuts and especially the dub versions are real tuff offerings, which doubtlessly will be fulljoyed by fans of UK Steppers. Wheel and come again!!!

This “Divine Right” LP is a superbly effort from everyone involved, not least Judah Eskender Tafari, who deservedly is honored with this ‘tribute’ project.