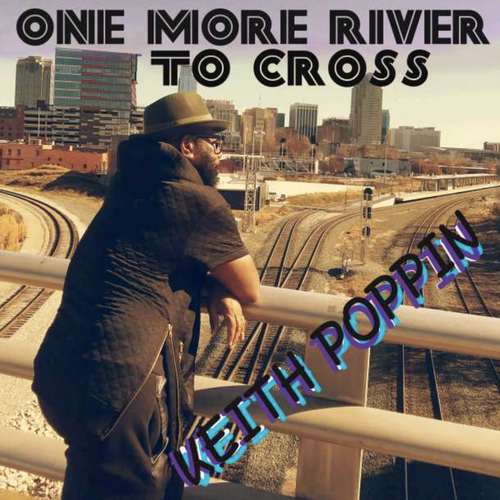 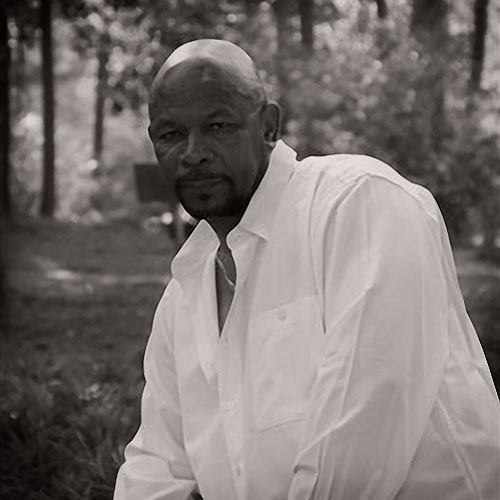 The reality of living in perilous times is front and center more than ever. The power of real authentic Reggae music takes the listener to higher ground. Well, the latest “shoulder to the wheel” release from Foundation statesman Keith Poppin is nothing short of absolute refreshment and depth of Heart and Soul. Keith has released a wealth of timeless material in his 55-year career. ONE MORE RIVER TO CROSS is his paramount musical achievement; destined to be a mainstay in Jamaican music history and a defining album of 2020.

The process of recording a true album requires unwavering focus, commitment, and belief. Keith exemplified these principles with no partiality within two years to achieve an album that encapsulates the cradle of tradition; an approach recalling The Golden Age of Reggae. Cutting no corners, gather the true veterans of the business, and stay in the studio until the sound is just right. Two trips to Kingston, two trips to North London, and one trod down Brazil way was the order of days and nights. In a time of uncertainty, it’s certain that his assured “proudest production yet” delivers triumphantly and heartically.

Keith’s career has allowed him to work with heaps of true veteran musicians. Kingston sessions at Mixing Lab, Steven Stanley, and Small World Studios involved longtime friends Errol “Flabba” Holt (bass), Ansel Collins (piano/organ), and the great Stanley “Barnabas” Bryan (drums). These sessions marked the first time in years these veterans have worked with Keith. Firehouse Crew’s Paul “Wrongmove” Crosdale (guitar) and the great Kirk Bennett (drums) tight on licks and kicks. Faevrit (Sanchez’s guitarist) was instrumental in Mixing Lab sessions. These historic sessions were engineered by the enduring Bravo and Flabba (whose commitment to the album exemplifies his enduring nature). The JA sessions also brought in the likes of the great Pam Hall on backing vox.

Stingray Studio (North London) was Keith’s outpost for the 2018/19 sessions. With the calm and collected Dillie McLeod at the controls, London’s premier riddim makers were assembled. The Heywood Brothers…Leroy “Mafia” (bass) and Dave “Fluxy” (drums) ever so crisp in the studio and they are on stage! Grammy-winning Paul “Jazzwad” Yebuah elevating proper. Mafia & Fluxy Band’s Greg Assing(keys) added proper depth. Joyful levels with the ever-positive Megumi Mesaku (sax) was a sight seen alongside the sweet backing vox from Empress Chardel Rhoden. These sessions became reality by the commitment of Andrew Okocha (G.I Roadshow); firm in Keith’s camp. Rounding out the album was a trip to Norris Cole Studio (São Luis, Brazil) during Keith’s powerful set of concerts down south.

One More River To Cross

Leader is one powerful lead off! Poignant lyrics..”sorry for those who are followers” carry a song of firmament and statement. Flabba’s bass depth intertwines with Wrongmove’s country guitar style all the while. His voice has only sweetened over the years, baritone, tenor and falsetto with a flick of his musical wit. The Fire Is Burning is strictly Fyah! Recorded in Kingston, this Ska soaked upliftment is fueled by Flabba/Ansel/Wrongmove/Kirk Bennett resulting in a refreshing stride and pride. “Stand firm my bredrin..doors will be open.” Keith has the ability to communicate with all listeners, from the head to the ankle bone. A totally original anthem (his catalog echoes originality) that demands finger on the rewind.Colors Of The World is an absolute standout that takes the listener to the magic created in ’70’s Kingston. This song has seen massive airplay and rightfully so. Sounding as kingly as Joseph Hill, Keith exalts “God created the colors of the world..if God came tomorrow and didn’t have your color, would you still want to go to Heaven?” Well oh well, truly resonating lyrical content and delivery from Mixing Lab sessions fueled by Barnabas/Ansel/Flabba. Top levels are in order when these Foundation musicians and singer connect!

The title track was one of the initial tracks recorded for the album; during Keith’s triumphant return to the U.K in 2018. Realized at Stingray, Keith worked with Jazzwad and “Dillie” McLeod diligently to get THE sound. Chardel Rhoden’s backing vox really elevates this track. Keith is commanding in his tenor stance resulting in a universal song of hope and faith. Boom! Who Is That Stranger is another gem that harks back to mid ’70’s caliber. Keith’s full vocal range is front and center with Ansel Collin’s “organizing” proper! “Mr.Energetic” possesses limitless songwriting skills and wields his lyrics like a true, true veteran! Running stems from the second Stingray session. Mafia/Fluxy, Greg Assing, and Megumi Mesaku provide a crisp riddim that Keith rides in dynamic stride and full tilt of Heart and Soul. “Find some quiet place and be true to yourself.” His observations of Life are spot on and he offers a solution and betterment..principles he lives by day in and day out.

Who Will Stand is garnered from initial Stingray sessions. A strictly elevating piece fueled by Jazzwad and the sweetest backing vox from Chardel. Keith takes the time needed to grasp the riddim and his baritone and tenor glide are mesmerizing! He needs a song sheet to sing from..ever. Youths Of Today is from the buoyant Mafia/Fluxy sessions. A wise look at the leaders of tomorrow that shows Keith inflecting his falsetto expertise just right. Back in ’75, Keith relicked Jackie Edwards’ Whenever There Is Moonlight on Impact label. One of very, very few adaptions in his vast catalog. Flabba’s bass, Ansel’s piano, and Wrongmove’s truly genius guitar licks work hand in hand with Keith’s compassionate and beautifully delivered vocals. Wall banger! The classic levels continue with Sons & Daughters. “Get down on your knees and pray for your sons and daughters.” An undiluted anthem of faith and unity. Ban Ya Belly was the first track recorded for the album. Recorded at Norris Cole’s Studio in Brazil, Keith is razor sharp in his unapologetic look at day to day reality. The closing I’ve Got To Go Back Home is a bonafide classic from 1979’s More Of Keith Poppin. A huge crowd favorite from his performances at the 2018/19 One Love Festival U.K and London’s Jazz Cafe(2019). By the grace of The Most High, Keith injects more power into this timeless anthem. Pure elevation from the great, great Pam Hall on backing vox. Rewind again and again!

Conclusion ONE MORE RIVER TO CROSS is a work of Heart! Keith Poppin's latest release is an instant classic that exemplifies his endurance in the industry, his desire to offer the absolute best to the people, and belief in the people he's working with. Don't hesitate on this magnificent album. Go deh!