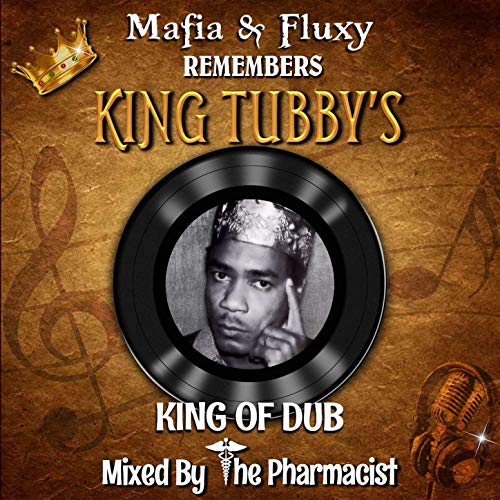 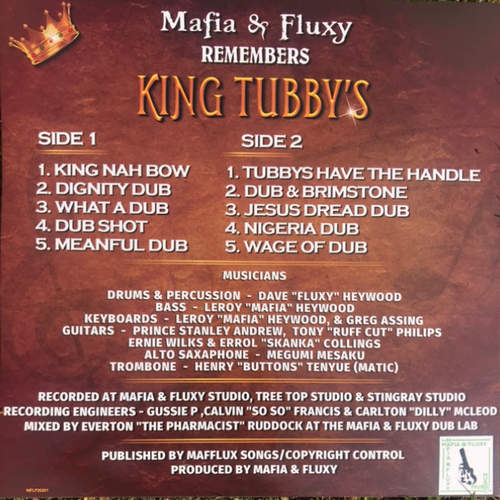 The LP “Remembers King Tubby’s King Of Dub” marks yet another new release from the North London Heywood brothers, Leroy Mafia and Dave Fluxy, done in collaboration with Everton “The Pharmacist” Ruddock. After the 2016 released “Introducing The Pharmacist”, which was followed by “Dub Prescription”, “Aba Ariginal Meets The Pharmacist in A Dub Session Pt 1” and its follow-up “Sound System Dubwize” (on the Gaffa Blue label), this brand new vinyl platter is the fifth effort that displays the skills at the knobs of dub master The Pharmacist.

With the release of “Remembers King Tubby’s King Of Dub”, UK’s finest riddim section and production team Mafia & Fluxy pay respect to the legendary Jamaican sound engineer and dub inventor Osbourne Ruddock, who’s best known as King Tubby. Together with musicians like Tony ‘Ruff Cutt’ Philips (guitar), Ernie Wilks (guitar), Prince Stanley Andrews (guitar), Errol ‘Skanka’ Collings (guitar), Greg Assing (keyboards) Megumi Mesaku (alto saxophone), Henry ‘Buttons’ Tenyue aka Matic Horns (trombone), and recording engineers Gussie P, Calvin ‘So So’ Francis, and Carlton ‘Dilly’ McLeod they cut ten of their favourite classic riddims and put them in the capable hands of The Pharmacist to dub them up in King Tubby’s stylee. Included are riddims such as “Mean Girl”, “I Hold The Handle”, “King Pharaoh’s Plague”, “Drum Song”… the rest is up to riddim spotters to find out what the other riddims are.

All the riddims featured on this set incorporate that instantly recognizable Mafia & Fluxy sound. And then there’s, of course, The Pharmacist who’s responsible for some serious dub pressure created at the Mafia & Fluxy Dub lab. The riddims have been cut down to the bare essentials of drum & bass with, whenever it’s suitable, the sound of guitar, keys or horns dropping in and out of the mix. And, as hardcore dubheads will know, there’s no dub without delay and reverb. Some heavyweight stuff is included on this LP, that without any doubt would have been greeted with nuff approval by the one and only King Tubby. 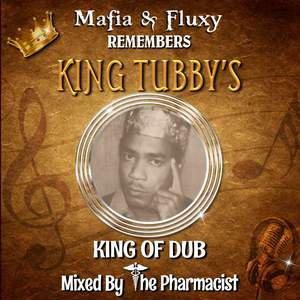 Listen to all the Tracks

Conclusion Some heavyweight stuff for dubheads.