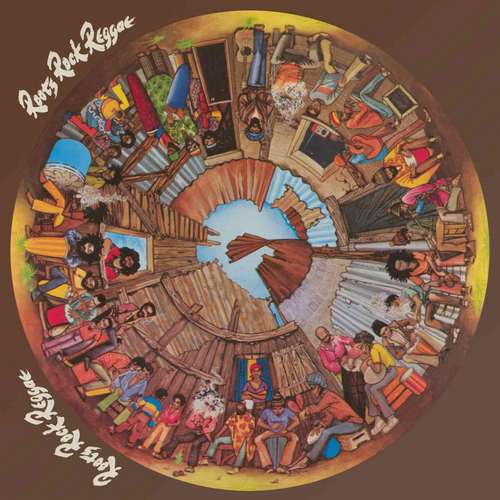 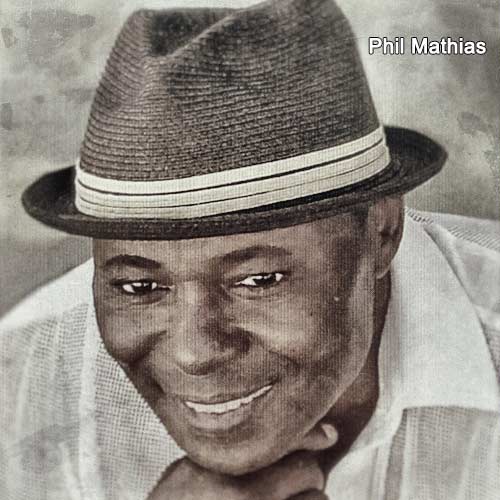 Doctor Bird Records, a division of Cherry Red Records, specializes in vintage Jamaican sounds licensed from the legendary catalog of Trojan Records. More than 40 years after it’s original issue, the 1978 LP Roots Rock Reggae gets a decent digital rerelease, an expanded two-disc edition with interesting liner notes and from Tony Rounce. As a matter of fact, the LP was a follow up to a previous album of the same title, released by the company some months earlier. That’s why it was also known as Roots Rock Reggae Vol. II. It is the only LP that was issued by the short-lived Savannah label, a subsidiary of Creole Records.
The LP was intended to showcase one of Jamaica’s lesser-known label owners/producers, Phil Mathias. His career as a producer/entrepreneur spans well over 30 years, but it’s the material released through his Revue and Big Phil labels in the latter half of the 1970s that is highlighted in this release. The bulk of the tunes was not produced by Phil, but he always gave credit to the original producer.

Born in Jamaica, he moved to the UK in 1958. In 1975 he started Venture Records with Barrington Rowe. His actual career as a producer took off on a trip back to Jamaica in 1977 where he teamed up with Barry Biggs and Byron Lee. He arranged a fruitful business arrangement with Creole Records. His relationship with reggae veteran and Studio one drummer Fil Calender resulted in the release of the massive hit Baby My Love. The feel-good lovers rock tune was a hit from the start, although the members of the In-Crowd band had little faith in the song.
Phil Mathias went from strength to strength, pouring a lot of quality releases on various labels. One of his most memorable feats was when he licensed Boris Gardiner’s I Wanna Wake Up With You from Willie Lindo. In 2000 he produced an album with Shalom, featuring the hit baby I’ve Got News For You. Since then he retired and left the music business.

This release includes the original 14 track album, but also offers many splendid bonus tracks and six unreleased gems. The original LP is a collection of rather unknown pieces from that period. Best known are Sugar Minott’s In The Residence produced by King Miguel and the late Albert Malawi, former Jah Love Muzik soundsystem selector Ilawi, with the subdued roots tune Lonely Walk. The In Crowd step up with two tunes, the aforementioned Baby My Love and the album opener Riding High, a soul-soaked singalong tune. My Country is a memorable tune from Cornel Campbell. Delroy Wilson delivers lovers rock quality with Consider Yourself. Then there are toasting duties from Jah Stitch, who takes on Hortense Ellis’ Unexpected Places, Ranking Joe with his answer version to Leroy Smart’s Miserable Woman and King Miguel with Love Of A Woman, a deejay interpretation of Horace Andy’s Studio One hit Love Of A Woman.

The six bonus tracks include three discomixes, starting with Bim Sherman’s self-produced 12inch Why Won’t You Come On, an affair of the heart tune across a rootical backdrop. His second effort Lightning And Thunder is a far more stronger tune. Leroy Brown’s Blood A Go Run makes a solid impression, serious powerful roots business! The rest of the tunes are also worth checking out.

The second disc called Island Music, sees Bim Sherman excelling with Golden Locks definitely one of the many highlights here. This riddim was revitalized in 2015 by Oneness Records! Tribulation is the second highlight from Bim Sherman, a pitifully neglected artist. This disc offers several previously unreleased gems. First comes a truly ital affair called Running performed by singer Devon Lyon(s) complete with a groovy toast from Jah Thomas. Forward to Junior Dan, former bassie with Generation Gap, the in-house band at Randy’s, who visits the Red Gold & Green pastures! Culled from the unreleased archives comes the poppy song Too Sweet To Let Go by The Studds. Leroy Brown delivers the intense raw roots track Help Us Jah, glad they pulled that one from the archives! Also from the archives comes that wonderful echo-drenched toast by Jah Ruby, Road Traffic Law. George ‘Fully’ Fullwood, famous Soul Syndicate bassie, puts in some sweetness into this disc with a medley of two lovers tunes, I’ll Never Fall In Love Again from The Sensations & Natty Dread A Weh She Want by Horace Andy.

Conclusion Worth picking up for the previously unreleased 12inches alone!