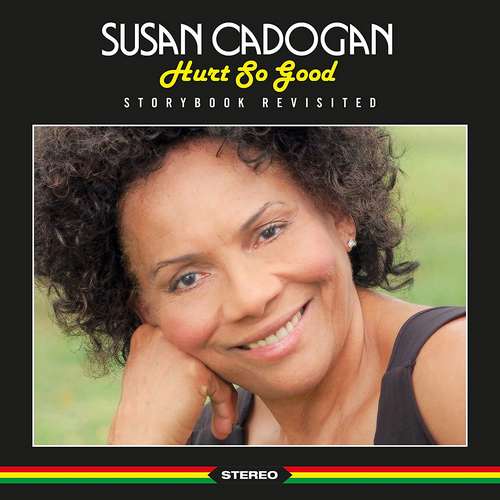 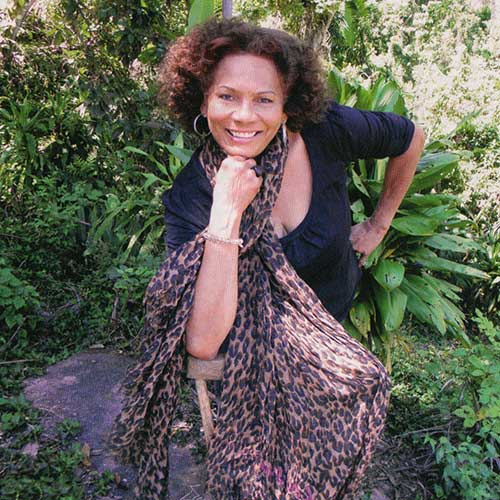 Susan Cadogan, born 1951 in the Parish of St. Andrew, Jamaica, grew up with the music of US artists such as The Platters, Ben E King, The Supremes, and Gladys Knight. She worked as an assistant librarian, taking a job in the library of the University of the West Indies at Mona. She was always singing, and in 1974 she recorded her first single called Love Of My Life at Lee Perry’s Black Ark studio. Lee Perry spotted her and asked her to voice Hurt So Good, a cover of the Millie Jackson song, featuring bassist Boris Gardiner and the Zap Pow horns. In Jamaica, the song wasn’t a big success, but in the UK it became a popular tune. She went to London to promote her music and signed to Magnet Records. Trojan released the Susan Cadogan album, consisting of tunes recorded at Black Ark. Previously that album was released as a pre-release called Sexy Suyzy.

After a while, she decided to return to her library job. Her output in the ensuing years was far from prolific. In 1983 she did a fantastic tune in combination with Ruddy Thomas, the Harold Melvin & the Blue Notes hit single You Know How to Make Me Feel So Good. She recorded some albums with Glen Adams and the Mad Professor and performed worldwide. Her recent project Hurt So Good Storybook Revisited sees her doing over her songs from the past.

Reggae music has long borrowed inspiration from other genres — and it has always had an extraordinary capacity to transform the banalest and saccharine pop songs into confessional works of beauty and insight. Susan Cadogan has the gift to take a song and make it her own. The bulk of the tunes here are covers, ranging from pop songs like George Harrison’s here Comes The Sun to the soul ballad Tracks Of My Tears and in between reggae classics like Sun Is Shining and Many Rivers To Cross. The album as a whole can best be described as ‘big people music’, reggae for the mature listener.

The album kicks off with You Don’t Love Me (No No No), the 1967 Studio One hit from Dawn Penn. Susan’s version includes an intro by Delroy Williams. Nice job! Here best know song Hurt So Good is presented in two flavors. First, there’s the standard vocal cut, before we’re treated to the extended dub mix, both worth checking out. The album closer is a duet with reggae veteran Ken Boothe. Their cover of Love Story, the theme song of the 1970 movie, is a fresh and decent do-over. The 2020 cover of the Lee Perry original Nice & Easy comes close to the original in feeling and emotion. Then there is also the duet with Ruddy Thomas. We think her 1983 original is practically unmatchable, but her contemporary version (without the late Ruddy of course) is quite impressive. Jimmy Cliff won’t be disappointed when he hears her version of Many Rivers To Cross.