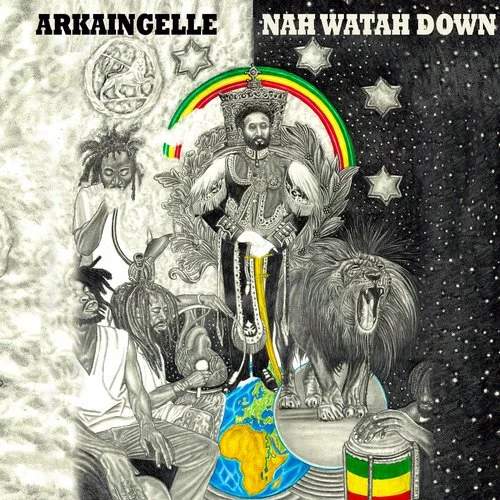 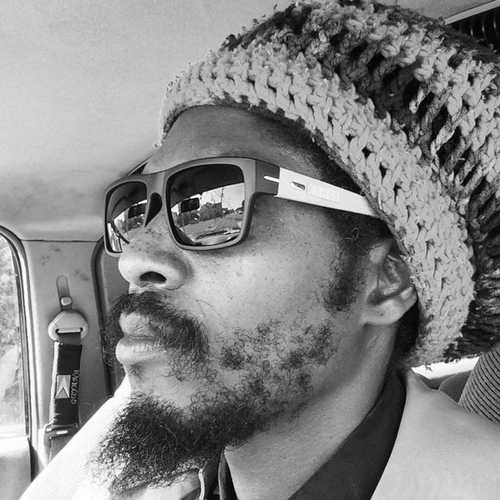 Hailing from Buxton, Friendship Village in Guyana, Arkaingelle (aka Roxroy ‘Mykal’ Younge) was raised by christian grandparents in a modest village home. He was captivated by music at an early age and aspired early on to become a musical performer; playing the steel pans and singing. Arkaingelle embraced music compassionately; seeing it as an instrument that has the potential and capability to heal and arouse to higher consciousness. With Rastafari being his focus and guide, he has taken his time to hone and develop his unique rootical sound.

After the release of his debut album “O’Pen” in 2008, it lasted until 2017 before he came up with “Tru Da Fyah”, his breakthrough release with Zion High Productions. And now, three years later, Arkaingelle and the Zion I Kings return with “Nah Watah Down”, a full length album of Rastafari roots reggae for which the stirring Guyanese singer/songwriter and producer JAH David Goldfine have collaborated with some of the best artists and players working in reggae’s top studios to reach the next level. The eleven brand new songs that are featured on this album are rooted in reggae tradition, but have a modern sounding production flair.

“Light Tha Torch”, the wicked collaboration with Kabaka Pyramid and Pressure Busspipe, burns with an intense heat to melt away transgressors and naysayers. The title track, “Nah Watah Down”, which includes keyboard master Robbie Lyn, urges a commitment to stand firm with humility and righteousness in the face of adversity. “Inna Lyfe” and “Daga” feature the drumming of Aston ‘Familyman’ Barrett Jr. adding a Wailers sounding edge to these songs. Drummer Jonathan “Rankine Jedd” Rankine, who tours with JAH David in Jah 9’s Dub Treatment band, appears on five of the album’s tracks. One of these, “Thrones Of Judgement”, showcases the keyboards of Pau Dangla Valls, also a member of Dub Treatment, in fine style. The drumming duties on the remaining songs are handled by Lloyd “Junior” Richards who has contributed much to the Zion I Kings catalog over many years.

Other highlights of the album include Arkaingelle’s vocal arrangements, especially on the slower more hymn-like songs “Dat I Am” and “August Majesty”. On these, his multi-tracked lead and background voices sonorously combine with great effect. The kette-driven “Intro” and two spoken word interludes add a rootical Rastafari grounding to complement the album’s songs. Andrew “Drew Keys” Stoch delivers typically outstanding performances on keyboards and trombone; “Inna Lyfe” showcases his multi-instrumental talents in top form. The trumpet of Patrick ‘Aba Ariginal’ Tenyue provides a sweet jazzy swing on “Thrones Of Judgement” complementing the guitar work of Andrew “Moon” Bain. Laurent ‘Tippy I’ Alfred does the I Grade dub mix of “Waan Pay Fah” which includes a spoken-word outro and kette by Andrew “Bassie” Campbell. Last but not least worth mentioning is the beautiful album cover art, which is done by Ato K. Roberts aka 1 Art of the Covenant.

Time and time again one simply has to draw the consclusion that projects which involve the Zion I Kings are of an unquestionable quality and with Arkaingelle’s powerful “Nah Watah Down” album the unique collective of Zion High Productions, I Grade Records and Lustre Kings delivers a next proof. Recommended for those who are in need of quality contemporary roots reggae.

Conclusion Arkaingelle's powerful "Nah Watah Down" album is of an unquestionable quality.