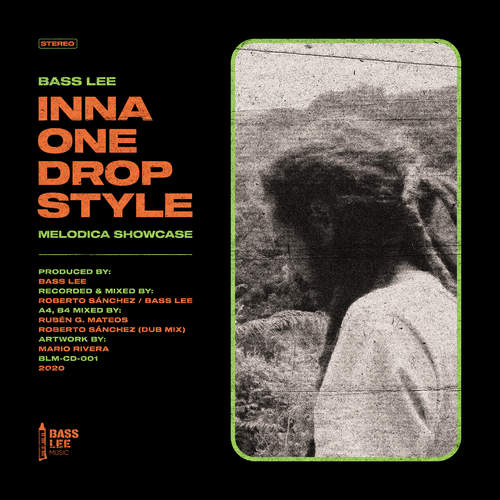 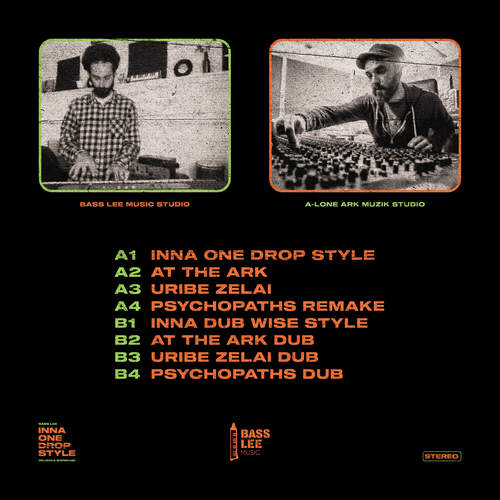 Bass Lee Music, an independent label from Bilbao, Spain founded by reggae & dub producer and musician Bass Lee, issued its very first production in February 2016, the digitally released “Our Weapon Is Love” by singer George Palmer, which came across the “Sleng Teng” riddim inna different stylee. The label’s initial release was followed by 7 other releases from artists like Juza, King Jahvy, Sistah Lore, Sista Kata, Antxon Sagardui, David Fendah, and Gamba. Apart from being a producer, Bass Lee has recorded and released records in vinyl and digital format and is a member of the Spanish roots reggae band named Message, in which he plays keys and melodica.

And now there’s the first self produced melodica album by Bass Lee and the label’s first release on CD entitled “Inna One Drop Style”, which unsurprisingly is subtitled ‘Melodica Showcase’. The album consists of 4 instrumental cuts and 4 dub versions mixed by Roberto Sánchez at A-Lone Ark Muzik Studio. The music on this album pays tribute to the 1970s, the golden era of Jamaican roots reggae music, and to the roots ‘one drop’ riddims of that decade.

The melodica has been an established lead instrument in reggae music since the release of “Iggy Iggy””, the 1971 debut single of Horace Swaby aka Augustus Pablo. Combining the major elements of the piano and wind instruments, the humble plastic keyboard with a, mouthpiece serves mainly as a teaching tool in the rest of the world, but in reggae, inspired by innovative originator Augustus Pablo, it has become a cornerstone of the tradition. The soft, pleasing sound of his melodica over heavy bass riddims created a new and exciting sound in reggae music. After Augustus Pablo, melodica albums were also delivered by musicians such as Joe White, Bobby Kalphat, Pablove Black, Hughie Izachaar, Dr Pablo, and, of course, the son of the legendary Augustus Pablo, Addis Pablo. With the release of his ‘Melodica Showcase’, “Inna One Drop Style”, also Bass Lee can be added to that list of fine melodica players.

For his debut album Bass Lee has collaborated with one of the most dependable people in the entire reggae genre these days, the highly respected Roberto Sánchez. If you’ve followed roots reggae music in the modern era, and especially the production works with a strong reference to the heydays of roots reggae, you have to be aware of this Spanish musician, mixing engineer and producer. His name, alone, attached to a project is enough to peak the interest as one can always expect an album full of familiar sounds which is simply hard to put down. “Inna One Drop Style” is both an instrumental release and a dub release. Each instrumental done by Bass Lee gets Roberto Sánchez’s dub treatment. After the intro vocals by Juza, the title track and album opener “Inna One Drop Style” is actually the gorgeous start of a vibrant album that has some great melodies to fulljoy. Even though the tracks are laidback on the surface, there’s also a detailed level of musicianship and intensity to be heard. Unfortunately the total playing time of this album (28m:26s) is a bit short, but wasn’t that the case with most albums from back in the day?

Conclusion A riveting album from beginning to end.