Linval Thompson – The Father/Moonshine Horns – It Shall Come To Past 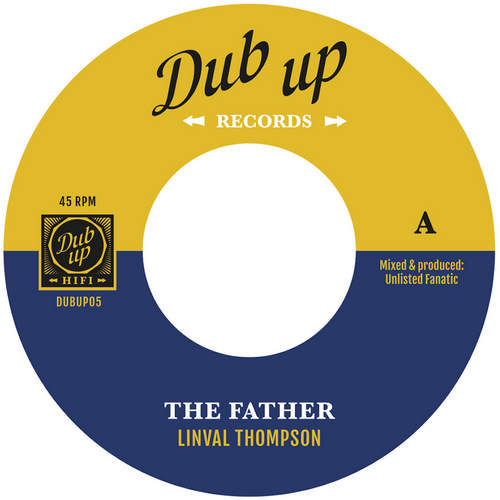 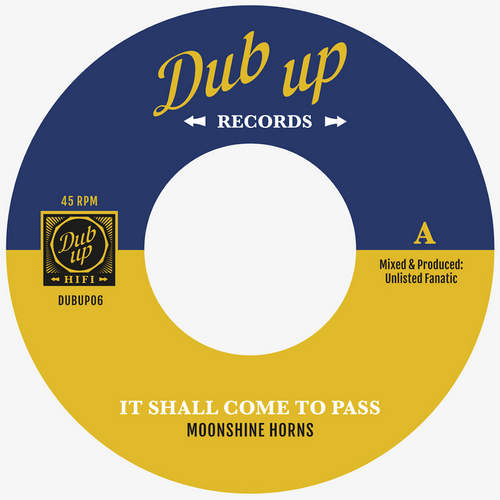 Linval Thompson – The Father/Moonshine Horns – It Shall Come To Past

Unlisted Fanatic is a reggae & dub producer outta Antwerp, Belgium, who has put out efforts from Paul Fox, Carlton Livingston, Brother Culture, Jah Melodie and the late Barry ‘Heptone’ Llewellyn. Inspired by seventies roots, eighties rub a dub and the great dub masters such as King Tubby and Lee “Scratch” Perry, Unlisted Fanatic creates his own take on the music. His production work is a blend of digital riddims with organic live elements such as guitars, organs, and horns in order to create a wide spectrum ranging from roots to UK steppers, all done in a nice dubby fashion.

On the A-side of the first 7″ vinyl record, foundation reggae artist and producer Linval Thompson really and truly scores a winner with a great praising tune titled “The Father”, which comes across a heavyweight Steppers riddim. Longtime Linval Thompson fans will notice some very familiar vibes in this awesome piece, which was voiced at Roberto Sánchez’s Lone Ark Studio in Spain. Unlisted Fanatic’s “Fatherly Dub”, with the vocal floating in and out of the mix, graces the flip side of the single.

On the second 7″ single it are the Moonshine Horns that shine bright on the same riddim with a lethal horns cut. Since about 2014 Jort Verdick (alto sax) and Kris Van Hees (trumpet) aka Moonshine Horns have been working with Unlisted Fanatic, both on stage and in the studio. Their fruitful collaboration led to some noteworthy projects with the stirring “It Shall Come To Past” probably being their most impressive work so far. Just like Linval Thompson’s “The Father”, this instrumental cut also gets a worthy dubwise treatment by Unlisted Fanatic.

Conclusion Make sure to pick up these two singles from this Belgian label before they are sold out!