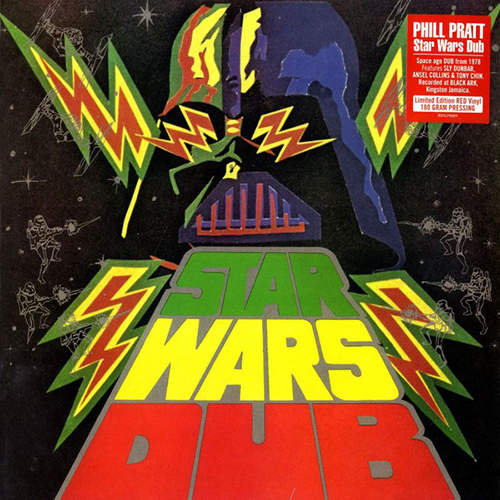 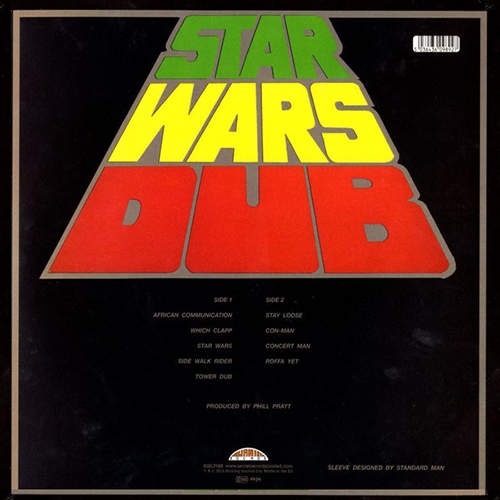 Phill Pratt, who surely had the material to be named alongside other unsung rocksteady and early reggae producers like Herman Chin Loy, Rupie Edwards, Glen Brown, and Keith Hudson, is one of those figures in the history of Jamaica’s popular music who deserves to be better remembered.

In the early 1960s Phill Pratt (born George Phillips in 1942 in Kingston) became involved with Clement ‘Coxsone’ Dodd’s ruling Downbeat organisation, working as a ‘box man’ for the Studio One sound system and a general shelf filler for Dodd’s burgeoning indigenous record operation. It had always been Phill Pratt’s ambition to become a vocalist — he actually first sang in a vocal group with his schoolmates Ken Boothe and Headly Foulding performing at charities and school concerts — and now he found himself in a position to voice some of his songs at Studio One. Apparently Coxsone Dodd wasn’t satisfied with the final results so Phill Pratt’s tunes were left unpressed. Undaunted he took his work to Ken Lack, the owner of Caltone records, who re-named him Phill Pratt. His “Sweet Song For My Baby” appeared on the Caltone label and brought him a modicum of success, greater visibility, and an entry into the business he was seeking, eventually leading to a business partnership between him and Ken Lack.

He started to run his Sunshot label out of the Lack’s premises, effectively as a subsidiary of Caltone. The very first recordings he did was with a very young Horace Andy and then he went on scoring his biggest hits with such top cuts as Boothe’s “I’m Not for Sale”, Pat Kelly’s “They Talk About Love,” and Al Campbell’s “Gee Baby”. His success with these singers encouraged Phill Pratt to move deeper into the more rootsy sounds, required by the increasingly popular deejays of the period such as U Roy, I Roy, Big Youth, Charlie Ace, Dillinger, Jah Woosh and Dennis Alcapone, who all utilised some of the more popular riddims that were appearing on Sun Shot. He even supplemented his Sunshot work by hooking up with his old friend Lee Perry at his Black Ark Studio, where he recorded more tracks with Al Campbell. He also used Black Ark to collaborate with organist/arranger Bobby Kalphat and to cut Linval Thompson’s first song, “Girl You’ve Got To Run”. By the beginning of the 1980s, after he had moved to North West London where he opened a restaurant, little was heard from Phil Pratt anymore.

During the mid to late 1970s, dub had become madly popular – especially outside of Jamaica. Phill Pratt’s incredible catalogue was custom made for dubwise mixes and thus it happened that he put out “Dub In Blood” and “Dub In Blood Volume Two”, credited to the Skin, Flesh & Bones band, in 1976 These two albums were followed by “Zion Hill Dub”, a 1977 blank label outing in a plain sleeve, credited to Bobby Kalphat. Then, in 1978, Phill Pratt issued a dub album via UK’s Burning Sounds entitled “Star Wars Dub”, which despite the Darth Vader-esque cover art had nothing to do with George Lucas’ eponymous 1977 film. It was one of those albums that faded into obscurity and thus became a rare album waiting for re-release. It lasted until 2016, before Burning Sounds reissued the album on cd and vinyl. And now they’ve again reissued “Star Wars Dub”, this time on limited edition 180 gram (red) vinyl for Record Store Day 2020.

When it comes to dub albums, you’re mostly trying to identify the original source riddim tracks, and this also goes for this set. No decent information available so the only thing you can do is use your ears to find out if there’s a familiar dubbed up riddim that leads you to the vocal. A dub with an instantly recognizable riddim is “Con-Man”, which actually is the riddim to The Blackstones’ “Open The Gates”, known as the “Letter To Zion” riddim. It was relicked for tunes such as Half Pint’s “One Big Ghetto”, Barry Brown’s “Girlfriend”, Triston Palma’s “Time So Hard” and Echo Minott’s “Youth Man” to name only four. And there’s also a dub of the riddim to King Sighta’s obscure deejay piece “Shining Star”, most likely being “Roffa Yet” (a relicked version of Studio One’s “Rougher Yet” riddim). Also “Which Clapp” sounds very familiar, but the title of the vocal piece just doesn’t come to mind.

The dub workouts are of good quality with the source material being mostly rather unfamiliar, but nevertheless well played reggae riddims by pre-Revolutionaries Skin, Flesh & Bones and Soul Syndicate. The 9-track album offers the listener bass-saturated riddims full of twiddly organ runs, spaced-out echo effects, and thunderingly heavy drum rolls. Some of the dubs, including “African Communication”, “Which Clapp”, and “Tower Dub”, have velvety, luxurious horn playing, which is a real nice addition. None of the tracks has vocals in the mix, which some might find a pity as it could have given a clue to the vocal tracks. With a total playing time clocking in at about 34 minutes this is natural for an album release that origins from the 1970s. Not complaining about that though, especially as “Star Wars Dub” is of a uniformly high standard. 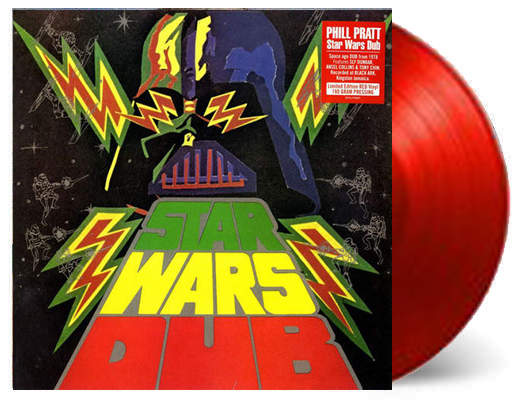 Conclusion All in all these '70s Jamaican-style workouts are still worth hearing after all those years.